Harry Kane Net Worth – How Much Is Harry Kane Worth?

How much is Harry Kane worth? We look at Harry Kane salary, family & Leyton Orient sponsorship to find out Harry Kane net worth figures... 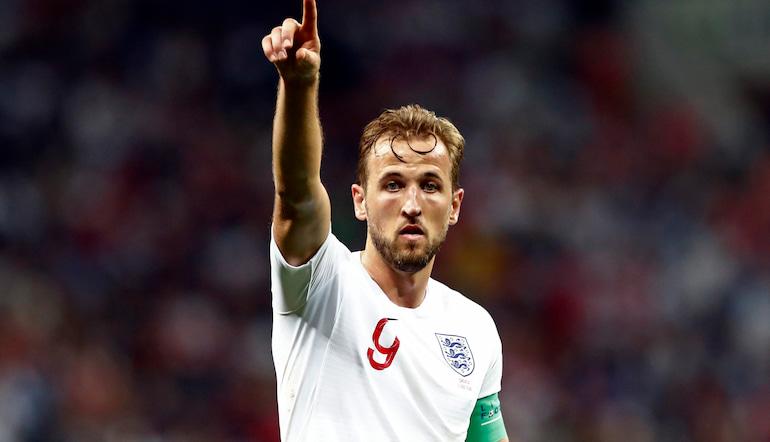 Widely regarded as one of the most prolific strikers in world football, Harry Kane is an exceptional talent.

He has been the focal point of Tottenham Hotspur’s attack for the bulk of his career and Kane will undoubtedly be remembered as a Spurs legend.

Like most footballers, Kane has made a living for himself through the sport, with Harry Kane salary soaring to £200,000 per week after his latest contract extension.

The England striker is a huge hit with football betting fans and he has Alan Shearer’s record of 260 Premier League goals firmly in his sights.

Here, we look at Harry Kane net worth figures and his wider football career, including links to Leyton Orient, his injury record and of course those Kane transfer rumours.

According to figures obtained by Wealthy Gorilla, Harry Kane has an estimated net worth of $40 million.

Most of that wealth will have been obtained through football – either directly from Harry Kane salary or via one of the Tottenham star’s marketing deals.

According to a CIES Football Observatory report, Kane ranks up there with the likes of Lionel Messi and Neymar as some of the most valuable players in football.

The England striker registered the HK Harry Kane trademark in six categories in October 2017, including in education, culture, clothing, footwear and headgear.

Figures estimate that Kane will continue to boost his net worth figures through these deals and a transfer will see Harry Kane salary figures jump once again.

If you’re big into sports betting, chances are you’ll know all about football salary figures. In Harry Kane’s case, the Tottenham striker is now earning £200,000 per week.

The contract extension signed by Kane in 2018 saw his salary rise drastically and footballer wages are now higher than ever before – there is just so much money in the sport.

Harry Kane salary figures could increase again if he leaves Tottenham this summer and fans will be keeping a close eye on any developments in the coming months.

Ahead of the 2020/21 season, Harry Kane decided to sponsor League 2 club Leyton Orient, with three charities selected by the Tottenham forward on the Orient kits.

All proceeds from Leyton Orient shirt sales went directly to the charities, benefiting a range of vulnerable people across the country.

In May 2021, Kane revealed that he would be extending the Leyton Orient kit sponsorship deal with new charities, including Tommy Club – a charity run by the Royal British Legion.

Harry Kane has hinted at a potential departure from Tottenham in the coming months and football fans will be following the England Euro 2020 TV schedule this summer.

Spurs supporters will hope that Kane makes a U-turn and decides to stay at the club but the England man has been linked with the likes of Manchester City and Chelsea.

A modern Tottenham legend, Kane will be allowed to leave the club with the blessing of the fans but a switch to Chelsea or arch rivals Arsenal will burn bridges with Spurs supporters.

As of June 2nd 2021, Kane has notched 34 goals in 53 England appearances – a return that puts him sixth on the all-time goal scorer rankings for his country.

Incredibly, he is just 19 goals shy of Wayne Rooney’s England tally and a successful Euro 2020 campaign could see Kane close in on the Three Lions record.

Harry Kane was made England captain in 2018 and he has been one of the first names on the team sheet throughout Gareth Southgate’s tenure as Three Lions boss.

Kane is a popular pick in Euro 2020 predictions to finish as top goal scorer this summer but the Three Lions captain will be focused on leading his side to Euros glory.

At the time of publication, Harry Kane is 27 years old.

The England striker was born on 28th July 1993 and he has been football mad since birth, joining his local club when he was just six.

Back in 2015, Kane talked about his then-girlfriend to Esquire: “We went to school together, so she’s seen my whole career. Of course, she’s finding it a little crazy. I think she’s even been in the papers a couple of times taking the dogs out.”

As of June 2021, Harry Kane has scored 166 Premier League goals – putting him seventh on the all-time Premier League list and first among active players in the division.

Kane has won the Premier League Golden Boot award three times since bursting onto the scene and the Spurs striker has averaged 23 goals per season since 2014/15.

Undoubtedly a world class centre forward, Kane’s Premier League goals record throughout his career is nothing short of sensational. 166 goals in 245 league games is some return…

The range of Premier League goals scored by Harry Kane is equally as impressive. He has notched 26 headed goals, 35 with his left foot and 104 with his right.

One of the most topical debates around, Harry Kane odds are popular with sports fans across the country – whether it’s Kane next club odds or Kane top goal scorer odds.

Punters searching for betting odds on Harry Kane can find a range of markets, both for club and country, and the latest Kane betting tips can be found right here at 888sport.

A popular sports icon on social media, Harry Kane is active on Instagram and shares family life as well as images relating to his football career.

The England captain won’t be quite as active this summer during Euro 2021 but the Kane Instagram feed could flourish if the Three Lions enjoy success at the tournament.