How much is Harry Maguire worth? We look at the Manchester United man's salary, financial figures and life off the football pitch... 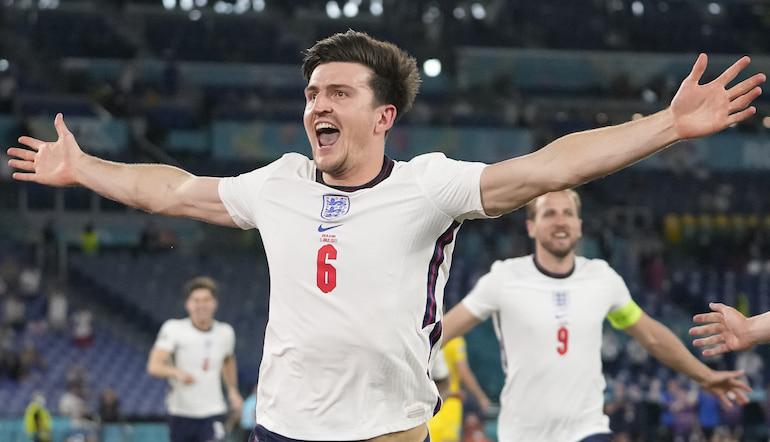 Playing for one of the biggest clubs when it comes to betting on football online, Harry Maguire has enjoyed a remarkable ascension to the top of the game.

Enduring relegation with Hull in 2016/17, Maguire was an integral player for England by the summer of 2018.

How Much Does Harry Maguire Earn?

Since you've been viewing this page, Harry Maguire has earned

Over a year of transfer speculation followed before he completed a record-breaking move to Manchester United. It didn’t take long for Maguire to be named club captain.

Now recognised as one of the best defenders in the world, the Sheffield-born centre-back is vital to the Red Devils. His availability is crucial to their chances in Premier League odds in the short and long-term.

First choice for club and country, let’s get to know a bit more about Harry Maguire…

Harry Maguire has an annual salary of £9.875 million according to Spotrac. This ranks just ninth among Manchester United players with Cristiano Ronaldo and Paul Pogba among the players earning more.

The former Leicester centre-back will also have income from various endorsement deals, which have contributed a net worth in the region of £24 million.

There’s unlikely to be a change in Maguire’s salary any time soon. He penned a six-year deal when he signed for the Red Devils back in 2019. With that deal running well into his thirties, he won’t be signing another contract of this length.

Harry Maguire’s fiancée is Fern Hawkins. The couple have two children together. Lillie Saint Maguire was born in April 2019. Their second daughter, Piper Rose, was born in May 2020.

Maguire and Hawkins celebrated their 10-year anniversary in 2021. Having got together when Harry was 18 and Fern was 16, they got engaged during a trip to Paris in 2018.

Often seen at her Manchester United and England matches, Hawkins has become a popular figure with over 50,000 Instagram followers.

Just like her fiancée, she grew up in Sheffield. In 2017, she graduated with a first class degree in science and physiotherapy.

Harry Maguire has three siblings. His two brothers, Joe and Laurence, are both footballers. Joe plays for Tranmere Rovers, while Laurence (the youngest of the three) plays in defence for Chesterfield.

Harry Maguire also has a sister. Daisy Maguire is several years younger than Harry and was allegedly stabbed during the altercation in Mykonos which saw the Manchester United defender get arrested.

Daisy is a talented footballer and has previously played for Handsworth Parramore Ladies and Sheffield United. She has become well known over the last 18 months and has around 40,000 followers on Instagram.

Most celebrities have got the meme treatment at some point. Everyone knows what we’re talking about with the Harry Maguire meme.

It has stood the test of time since first exploding onto our Twitter feeds during England’s 2018 World Cup run.

Yeah so a good header doesn’t hurt. I mean the moment you head it proper, you feel it’s a good one. Know what I mean love? pic.twitter.com/a5b8UqDjv2

Maguire’s teammates joined in, with Kyle Walker’s efforts among the most notable. Even since 2018, though, the now iconic image of Maguire talking to his fiancée Fern Hawkins has been commonplace on social media platforms.

The image is from just after England’s victory over Colombia at the 2018 World Cup. Maguire was one of the heroes of England’s venture to the last four, and he even used the meme on his own account.

While that’s the most memorable of Harry Maguire memes, there have been plenty of others over the years.

The England international was on the end of Twitter mockery, in particular, following Manchester United’s 6-1 loss to Tottenham in October 2020.

Harry Maguire was named Manchester United captain in January 2020. Having signed for the club in August of the previous year, it didn’t take long for Ole Gunnar Solskjaer to hand Maguire the armband.

He might not be popular in FPL captain picks, but Maguire fits the mould of a club captain.

Leading by example on the field and among the best players at the club, he follows a long line for commanding centre-backs who have taken on the responsibility of the armband.

Nemanja Vidic and Steve Bruce are two of the best examples in recent Manchester United history.

Maguire is yet to hold any major silverware aloft as Manchester United captain.

The signing of Cristiano Ronaldo boosted their chances in outright Premier League predictions. Still, though, they face strong competition on all fronts in 2022 and beyond.

Injury forced Maguire to sit out his first final as Manchester United captain in 2021. Solskjaer’s team lost to Sevilla on penalties in Gdansk.

It might not have been a trophy-filled start to his time as skipper, but time is on his side. Central defenders generally peak in their late-twenties and early-thirties. Maguire has several years before there will even be concerns about possible decline.

The Manchester United captain has narrowly missed out on the Nations League, Europa League and Euro 2020. It seems a matter of time before he wins his first major trophy with club or country.

Playing for one of the richest football clubs in the world tends to mean you’ve got a pretty impressive house. Harry Maguire is no exception to the rule.

Those interested have been able to piece together various rooms in the house through social media posts.

Information about Harry Maguire’s house is relatively limited. The location is unknown, though he obviously lives relatively close to Manchester.