LeBron James is the highest paid player in NBA history but who else has made big money? Our NBA expert looks at the biggest basketball salary contracts... 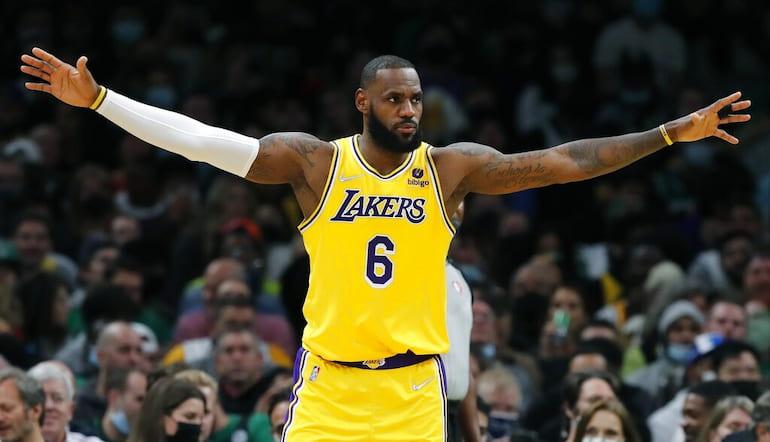 It doesn’t take a basketball odds aficionado to know about the vast sums of money involved in the NBA.

While top basketball players haven’t always been so handsomely compensated, they have long been among the highest-paid athletes in the world.

Collective Bargaining Agreements have put certain restrictions on how much they can earn through max contracts and salary caps.

Many of the league’s highest paid players in 2021-22 are on very similar deals, but with Bird Rights and contract sizes altering depending on the cap and league revenues, there are numerous different salaries players can receive.

Unsurprisingly, the highest paid NBA players of all-time is skewed heavily towards the 21st century. Seven of the top 10 are active in NBA betting at the time of writing.

Being taken first overall in 2009 meant Blake Griffin became a millionaire long before he made his NBA debut.

Griffin starred on the Lob City Clippers, earning five straight All-Star selections before a mega extension with the Clips.

He was controversially traded not long after he penned that deal. While being in Detroit wasn’t exactly his first choice, Griffin led the Pistons to the playoffs before injuries once again derailed his career.

Still going and still climbing the scoring charts, Carmelo Anthony has reinvented himself as a bench scorer and floor spacer after falling out of the league.

Anthony made his name with the Denver Nuggets, earning multiple All-Star nods before being traded to the New York Knicks.

He signed a big-money deal at Madison Square Garden, but was eventually dealt to the Thunder to team up with Paul George and Russell Westbrook.

It didn’t work out in Oklahoma City or Houston. Anthony spent a while without a team, but was given an opportunity to return with the Blazers.

James Harden was one of four players to become eligible for a supermax in 2016-17. He signed the mega-deal with the Rockets, and even extended it further a year later.

That mammoth contract is still running with Harden possessing a player option of almost $47 million for 2022-23, which would see him climb this list further.

An alumnus one of the best NBA draft classes, Harden is the highest earner of the 2009 cohort, though Blake Griffin and Steph Curry aren’t far behind.

The only player on this list drafted before 1995, Shaquille O’Neal’s career is renowned for having a relatively short peak, but he still played almost two decades in the NBA.

That includes his rookie deal, the initial seven-year pact with the Lakers, a further extension and a five-year deal signed with Miami.

The Big Diesel has a net worth of over $400 million with tens of millions earned away from the court. His contracts can be viewed as a turning point in the history of the NBA.

Like Harden, Russell Westbrook was in the first class of players to qualify for the supermax.

Westbrook initially signed a max contract with the Thunder, which was boosted with a further $85 million guaranteed in 2016.

Westbrook remains an effective player in the right system, but he’s a long way from the MVP that earned those deals. It’s no coincidence that he’s played for three teams in the last three seasons.

Recently signing a contract extension with the Brooklyn Nets, Kevin Durant is going to be in the top three on this list before long.

Durant is deep into his thirties but remains a sports betting favourite to win MVP.

Despite such enormous career earnings, Durant has actually left money on the table through his career.

Like other big-time stars in the 21st century, he has prioritised control over maximising his salary.

Starring in the NBA as a teenager, Kobe Bryant’s earning potential was always huge.

He played a generation before others featured here, though, meaning it’s his longevity that got him to such a substantial figure.

Bryant agreed a seven-year contract worth almost $140 million with the Lakers in 2004 and extended in Los Angeles with an average annual value of just under $28 million when that expired.

A gesture of good faith from the Lakers saw the five-time champion land a final NBA payday with a two-year, $48.5 million deal to wrap up his Hall of Fame career.

The Point God finds himself in Phoenix and the Suns recently rewarded him with yet another multi-year contract.

Paul received $75 million guaranteed from Phoenix. He’s on course to break the $400 million barrier in career earnings, and it could be even more if he receives his full salary in 2023-24 and 2024-25.

It’s a few years since Kevin Garnett appeared in NBA predictions, but The Big Ticket spent several years as the highest paid NBA player of all-time.
Landing $126 million on his rookie extension with the Timberwolves, Garnett penned a $100 million deal Minneapolis in 2004 before the league-altering trade to Boston.
Further extensions followed with the Celtics and he finished his career with $16.5 million guaranteed on his return to the T-Wolves.

Who else could it be? Of course, LeBron James is the highest paid NBA player of all-time.

James obviously landed the rookie max extension in Cleveland. He took slightly less than the max in Miami so the Heatles could be formed, but he’s more than made up for it.

The second stint in Ohio was about control for the four-time MVP.

It was a string of one-plus-one deals, but he committed four years when he joined the Lakers and extended for a further couple of seasons at an average annual value of almost $43 million.