Is Honeysuckle The Greatest Mare In Jumps Racing History?

Where does Honeysuckle rank amongst the best mares in National Hunt racing history? 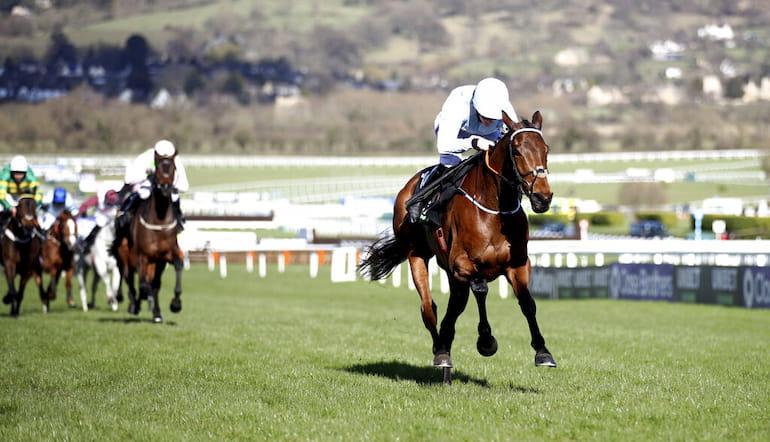 Honeysuckle is finally getting the respect that she deserves and she has been a joy to watch since her successful racecourse debut at Fairyhouse in November 2018.

Her record is absolutely sensational, with 12 Grade One wins – 10 of those coming against the boys. Without a doubt, she sets the standard in the two mile hurdle division.

None of the current crop have managed to lay a finger on her, with the likes of Benie Des Dieux, Sharjah and Epatante coming close but ultimately falling short.

Honeysuckle has this unique ability to put a race to bed in the blink of an eye, with regular jockey Rachael Blackmore knowing exactly when to press on and make best use of her.

Currently 7/2 in Cheltenham Festival betting odds to make it three Champion Hurdles in a row, Honeysuckle will take some stopping if she brings her best form to the table.

She is nicknamed ‘Queen of the Jumps’ for a reason. As of June 2022, Honeysuckle has a perfect career record of 16 wins from 16 racecourse appearances.

In addition, she won her point-to-point at Dromahane in April 2018, beating Annie Mc – a decent horse in her own right – by 15 lengths.

Whatever happens down the line, today is about Honeysuckle.

She is undoubtedly one of the greatest mares we've ever seen.#PunchestownFestival

The two-mile division is fairly weak right now but nobody can question Honeysuckle and her connections when it comes to turning up in the biggest races.

A three-time Cheltenham Festival winner and back-to-back Champion Hurdle winner, she is the one they all have to beat in March 2023.

Honeysuckle is unlikely to emulate the legendary Dawn Run, with connections preferring to stay over hurdles for at least one more season.

A third Champion Hurdle in a row and maintaining that unbeaten record will certainly swing the argument more in Honeysuckle’s favour.

With a broodmare career to come, it wouldn’t be a huge sports betting shock in my eyes if we were to see Honeysuckle retire before the end of the jumps season.

Walk In The Park is waiting at stud and we’ll all be crossing fingers and toes for Honeysuckle progeny to achieve great things on the track.

It’s a big if but IF Honeysuckle can stay unbeaten and then beat Constitution Hill in the 2023 Champion Hurdle, she may well go down as the greatest mare in jumps history.

The time figure merchants were blown away by Constitution Hill at this year’s Festival, with the Nicky Henderson horse recording a time around six seconds faster than Honeysuckle.

Who do you think will win when the pair clash? 🤔

The Supreme winner clocked a time almost six seconds quicker than the Champion Hurdle winner at the Cheltenham Festival. Below is a split screen of their victories 👇 pic.twitter.com/KR7EGFEo8u

He’s got to make the step up from novice to open company but official ratings have him as Honeysuckle’s toughest opponent yet – and Cheltenham Day 1 tips will be split.

Henry de Bromhead has shown Constitution Hill respect but has been clear in his view that Honeysuckle is the best horse in the division and she won’t go down without a fight.

Annie Power was unbelievably talented but Honeysuckle has clearly surpassed her. With the exception of Dawn Run, she is the best mare in the history of jumps racing.

Her position in the history books will depend on her efforts this season. If she can defy horse racing betting odds and win the Champion Hurdle, she may just nick top spot.