The 5 Best Cheltenham Festival Races Since 2000

Classic races from the Cheltenham Festival but which is your favourite? 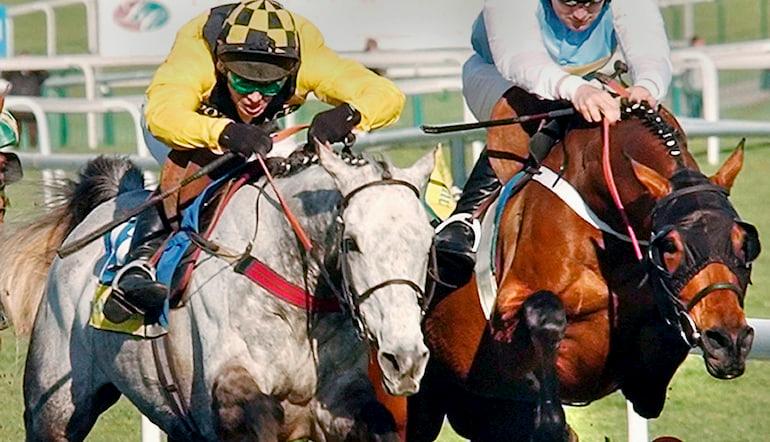 With the 2020 Cheltenham Festival just around the corner, what better time to reminisce and look back at some of greatest races that have taken place there over the last 20 years.

Everybody remembers the Cheltenham Gold Cup winners but sometimes our memories are a little bit hazy when it comes to those other significant winners, so here’s a little refresher!

This comeback of all comebacks will undoubtedly stick in the minds of Sprinter Sacre fans, and racing fans in general, for many years to come.

When the gelding recaptured the Queen Mother Champion Chase with a three-and-a-half length defeat of Un De Sceaux – the odds on favourite, it was a scenario that people could scarcely believe would ever happen again.

Trained by Nicky Henderson, the star chaser was the king of his division for several seasons and clocked up an impressive string of ten consecutive wins, including an emphatic victory in the 2013 renewal of the Champion Chase.

But when he was unexpectedly pulled up in the December of that year, it was found that he was suffering from an irregular heartbeat.

Sprinter Sacre subsequently missed the whole of 2014 as his connections went about remedying the problem, but his racecourse return at the start of 2015 bore no fruits and he was beginning to look like a shadow of his former self.

However the tide began to turn and he won two races at the end of 2015 before returning to the pinnacle of the tree once more in the 2016 Champion Chase.

After the race, Henderson said of the popular chaser: “The two years in the wilderness were dark days. There was always something there. This is completely different to where he was a couple of years ago. Everybody at the yard has put it all together.”

Both Richard Johnson and Philip Hobbs will tell you that the same horse gave them their finest hour in horse racing, and that horse was the gutsy grey – Rooster Booster, who landed the Champion Hurdle in 2003.

A year after winning the handicap that traditionally used to close the Festival - the County Hurdle, the nine-year-old returned to Cheltenham to walk away with the Champion Hurdle itself.

Rooster Booster took over from long-time leader Intersky Falcon approaching the final hurdle and blasted away up the hill to the roar of the crowd.

The race was full of drama with Hors La Loi refusing to race and A.P McCoy's mount Copeland toppling over at the third last whilst still in contention.

When they came around the final turn, the scorching pace set by Intersky Falcon had accounted for the entire field except Rooster Booster.

When Johnson pressed the button at the final hurdle, he scooted clear and had 11 lengths to spare in the end. A happy Hobbs said after the race: "He did it very easily didn't he?

"Everything has gone great in the last two weeks and everything went right today. I'm very pleased.

"I was pleased to hear the commentator say Rhinestone Cowboy was in trouble at the top of the hill. He came there very easily and if anything he was in front too soon, but that couldn't be helped."

Winning owner Terry Warner, who has a penchant for buying grey horses, said afterwards: "It's the greatest day of my life, he's absolutely bolted up

"I couldn't believe he was so far clear, I was waiting for something to come and beat him. He won so easily really."

In what was a fantastic Cheltenham Festival week for Alan King and Robert Thornton, Katchit won the 2007 JCB Triumph Hurdle in great style.

A winner of five of his six starts over hurdles beforehand, Katchit was a well backed 11/2 second-favourite on the day and he coasted to a nine-length victory.

His jockey, Robert Thornton (“Choc”) was able to ease the horse down in the final strides and crossed the line waving his whip to the crowd.

Speaking after the race, Alan King said: "Choc (Thornton) said all season that he would be a good horse when the ground dried up. He was right."

Thornton added: "What a star. I thought he might improve for better ground and he certainly has.

"I got there a shade too soon so I thought I might as well kick on and I was just thinking going to the last where the others were. He's a little legend."

If ever guts, grit and determination are ever needed, then it’s in the Foxhunters Chase at the Festival but imagine needing to have all those attributes plus having to push yourself through the pain barrier at the same time?

Well, that’s exactly what rider Harriet Tucker had to do aboard Pacha Du Polder in 2018.

When Tucker gave one final big push into her mount going into the last, her shoulder popped out of its socket, meaning she had to ride the finish with no use of her right arm and through gritted teeth.

“At the second last I started hitting him and of course my shoulder dislocated at the last but I kept going” said Tucker.

“Then I was thinking I was going to be placed, but he bunny-hopped the last and that’s when I thought ‘I’m going to win!’ I was screaming ‘come on Pacha,’ trying to smack him down the neck but, with my shoulder as bad as it was, it was hard.

"I tried to push the shoulder back in and could feel the ball rolling around, which wasn’t a nice feeling. It wasn’t the tidiest finish ever, but I was buzzing so much at winning that I didn’t really feel any pain after the race.”

So why have included this one in the concluding paragraph?

The simple reason being is that I backed this Nicky Henderson runner myself at ante-post prices and if you have any strong convictions yourself about a possible Festival winner then go for it, it can really pay off.

I was well aware that there was no race that trainer Nicky Henderson wanted to win more than that dedicated to his father Johnny, and Henderson was running two in the race – Tysou (Mick Fitzgerald) and Greenhope (Andrew Tinkler).

I really rated Greenhope as the better of the two and he duly obliged at 20/1 on the day.