Our horse racing expert looks back on his five favourite Cheltenham Gold Cup winners - who will win the blue riband race in 2020? 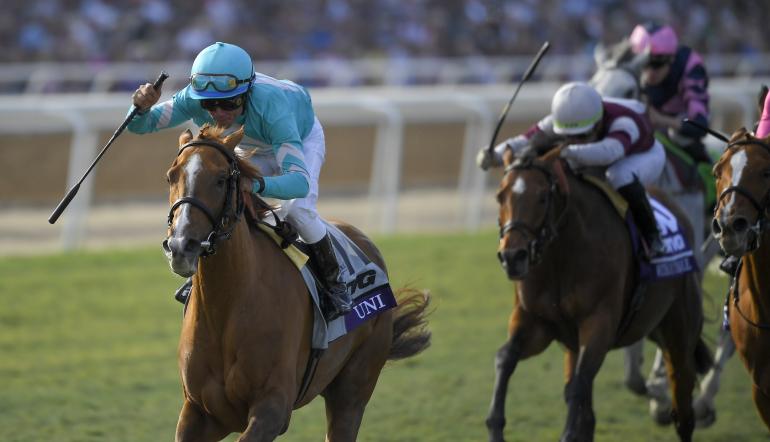 Quite often when you see articles like this compiled, you regularly find that authors have a tendency to concentrate on the last ten to twenty years and rarely delve much further back than that.

Did nothing exciting win the Cheltenham Gold Cup pre the turn of the millennium?!

Whether writers think that the readers are totally unable to cast their mind back any further remains a mystery to me, but I shall be doing my very own take on it here.

For the purposes of this piece I’ve decided to bring you five of my favourite Gold Cup winners ...during the course of my lifetime! Having walked this earth just shy of 47 years, I’ve got quite a decent back catalogue to choose from.

For me no Gold Cup evokes better memories than in 1989 when Sir Peter O'Sullevan’s stirring commentary of “he's beginning to get up, Desert Orchid is beginning to get up”, totally roused the 58,000 strong Cheltenham crowd, and their collective roar it could be said, magically lifted “Dessie” over the line.

Desert Orchid was one of the most popular horses that have ever raced in the UK and he was the people's horse long before he won the Gold Cup.

Poor weather on the night before the race and through raceday itself left the course near unraceable and conditions were certainly not in the grey’s favour. Dessie preferred better ground and he had only won on a left-handed track on one previous occasion.

At the business end of proceedings and in stamina-sapping conditions, the race turned into a straight battle between Yahoo and Desert Orchid after the late departure of Ten Plus.

As Desert Orchid took the lead under Simon Sherwood, he looked like a sitting duck as the proven stayer Yahoo marginally passed him and took a length lead going into the final fence.

However Yahoo failed to pull clear and began to tread water. Sensing a tiring rival, Dessie pricked his ears and rallied up the hill to deny Yahoo and thus provoking O’Sullevan’s immortal commentary which will forever go down in Gold Cup folklore.

Just a year later and in stark contrast to 1989, a Carmarthen dairy farmer paid scant regard to the form book with his 100-1 outsider, Norton's Coin.

Sirrell Griffiths had just two horses in training at the time and used to ride out Norton’s Coin himself. His own administrative error meant that Griffiths was too late to enter Norton’s Coin for one of the handicap chases at the Festival, so he entered him into the Gold Cup instead.

The official Cheltenham racecard on Friday 15 March, 1990 read as follows underneath Norton Coin’s name: "More a candidate for last than first".

After milking his cows in the morning, Griffiths drove his chestnut gelding to Cheltenham himself. All the Cheltenham Gold Cup talk was centered on Desert Orchid who was back at Prestbury Park to defend his title.

As the blue-riband race progressed Griffiths started to believe in his horse. "He kept getting a bit closer and a bit closer all the time and I could see before the last that he was going to win if he cleared it," said Griffiths.

As Desert Orchid faded, Graham McCourt took Norton's Coin to the front, 50 yards from the line, for a three-quarters-of-a-length victory over Toby Tobias, with Desert Orchid another four lengths away in third.

It was a giant killing of epic proportions and at 100-1, Norton’s Coin is still the longest priced winner ever of the Gold Cup. As a fan of the underdog myself, I’m always looking for another Norton’s Coin inspired victory to make me feel all warm and fuzzy inside.

Once again the incomparable Sir Peter O’Sullevan is synonymous with the closing stages of a Gold Cup with his "And the mare's beginning to get up" commentary resonating through your eardrums when you think back to Dawn Run’s victory in 1986.

Sent off the 15/8 favourite in horse racing betting odds and ridden by Jonjo O'Neill the mare enjoyed a cracking duel on the first circuit with Run And Skip, but a mistake four from home looked to have scuppered her chances, with Wayward Lad and Forgive 'N' Forget going well in behind.

With 50 yards to go, Dawn Run was two lengths down to Wayward Lad, but he began to tire. "She just would not be beaten," O'Neill declared, as Dawn Run began to reel him in.

"She's just too competitive for that, and when I got down to work on her, she knew it was all or nothing, and fought back."

Of course we all know that Best Mate also went on to win the Gold Cup in 2003 and 2004, but it is always the first victory that is special for all those involved.

Trained by Henrietta Knight, Best Mate was her "dream horse" and he lined up in what was one of the biggest Gold Cup fields for 20 years in 2002.

Knight, who was well known at the time for being incredibly nervous at the racecourse, and couldn’t bring herself around to watching any races said: "I watched the whole thing, every fence" as Jim Culloty and a seven-year-old Best Mate convincingly got the better of Commanche Court and See More Business to land the spoils.

When Best Mate returned to Cheltenham in 2003, no horse had won two Gold Cups for 30 years and as the old saying goes “the rest is history”.

The nineteen-time champion jockey AP McCoy had a stellar riding career, but it was his victory in the Gold Cup as a young rider aboard Mr Mulligan, that I personally will always remember from out of his 4000-and-odd winners tally.

I’m guessing it was more poignant because I backed it?

Mr Mulligan was an erratic jumper to say the least and he went off a 20/1 chance in the 1997 renewal of the Gold Cup.

However, a 22-year-old McCoy- the same age as myself, had very little to worry about as the race progressed and the pair pulled clear of the field approaching the last with the race at their mercy.

Mr Mulligan popped it well and galloped off up the run-in to win readily by nine-lengths, with McCoy even having time to salute the crowd.