Just days after the 2020 meeting, we look at the ante-post horse racing odds ahead of the 2021 Cheltenham Festival 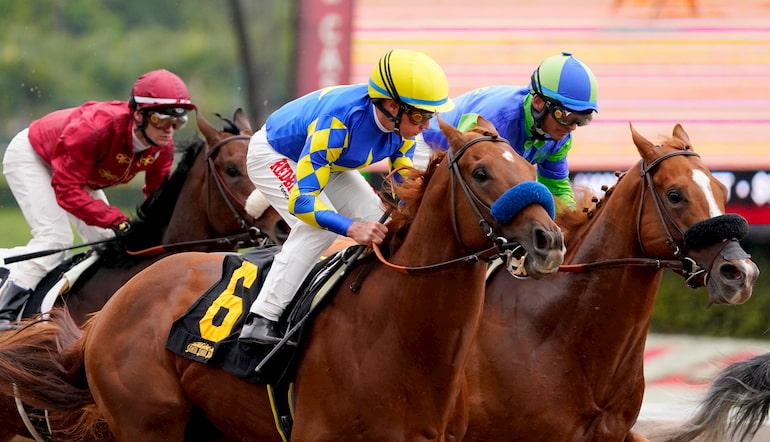 Just a couple of days after this year’s meeting, we’ve looked at five (very) early ante post picks for the 2021 event.

Yes, it is almost certainly too soon to be thinking about Cheltenham but with the four championship races already available in 888sport’s horse racing betting odds, punters can make an early start on their 2021 selections.

Picking a Supreme horse this early is a little foolish but Flinteur Sacre has the racing world at his feet.

A full brother to two-time Champion Chase winner Sprinter Sacre, he has bags of potential and cantered to an eye-catching victory on only his second career run.

Because of his breeding, there is a lot of hype surrounding this horse but he looks incredibly talented and it wouldn’t be a huge surprise to see Flinteur Sacre thrive over hurdles.

He can give Nicky Henderson his second successive Supreme Novices’ Hurdle victory at the Festival.

Shishkin has been compared to the legendary Altior by trainer Nicky Henderson and he will be well fancied for this after winning the Supreme.

However, Captain Guinness was in front of Shishkin and travelling like a dream when he was brought down at the second last.

He settled much better than he did when less than a length behind Andy Dufresne in a Grade 2 at Punchestown and he looks all the world a chaser.

It would have been interesting to see the closing stages of the Supreme but Captain Guinness can find redemption in next year’s Arkle Challenge Trophy.

It was tragedy for connections in the Triumph Hurdle as Goshen unseated Jamie Moore at the final obstacle with the race at his mercy.

This horse has some engine and will surely be kept over hurdles, most probably with the Champion Hurdle as the long-term target.

Goshen made light work of some exceptional juveniles, with the likes of Allmankind, Aspire Tower and Solo a long way behind at the final hurdle.

2019 Triumph winner Pentland Hills could only manage ninth in this year’s Champion Hurdle but Goshen is a different beast and he is well worth backing at 7/1 for the Day One feature.

Unfortunately, Chacun Pour Soi was ruled out of this year’s Champion Chase on the morning of the race.

He does have a history of injury problems but he is a two-time Grade One winner despite making just four appearances over fences. He is currently priced at 5/1 in ante post odds to win the 2021 Champion Chase.

With Defi du Seuil flopping in this year’s renewal and Altior approaching 11 years old, the stage is set for Chacun Pour Soi to claim victory next year.

If Willie Mullins can keep him fit and well, the sky is the limit for this unexposed eight-year-old.

One of the most progressive horses in training, Harry Whittington has done a fantastic job with Simply The Betts.

Rated just 125 over hurdles, he has taken to chasing like a duck to water, winning four of his five runs over the higher obstacles – including the Brown Advisory at Cheltenham.

His form ties in with Northern Trust winner Imperial Aura and we could see these two Festival winners head for the Ryanair Chase in 2021.

Simply The Betts would be my pick based on his Cheltenham win over Imperial Aura when giving the Kim Bailey runner four pounds.