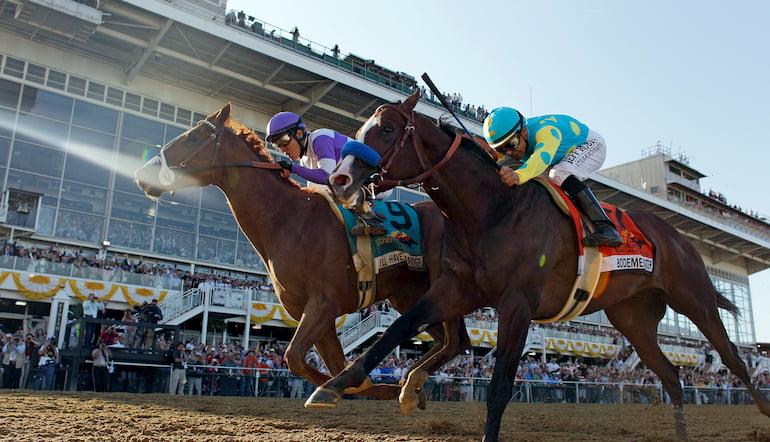 Saturday should have seen the Shergar Cup take place at Ascot but because of the current restrictions on international travel, the event was called off some time ago.

But all is not lost as there is still a quite competitive card taking place at the Berkshire venue on Saturday afternoon.

Terrestrial TV coverage in the UK features top races from Ascot, Newmarket and Haydock, so let’s take a whistle-stop tour through all of those races in order to identify a winner or two.

Richard Hannon’s Theotherside is certainly the form horse in this field of ten having not finished out of the top three places in all of her races this season, and having won at Newmarket just a fortnight ago.

The three-year-old filly is clearly in great heart and she is going to take some stopping in this horse racing betting contest.

Chil Chil for the King Power ownership is sure to have her supporters and she has been running well all season herself.

Andrew Balding and Oisin Murphy are a formidable winning team when they pair up and it will be hard to see her finishing out of the frame.

The Sir Michael Stoute-trained Veracious has yet to be seen on a racetrack this season but her reputation precedes her and she is an odds-on shot with the majority of bookmakers.

The 2019 Falmouth winner was a model of consistency last season and contested all the top races. With all due respect to the others in the race, she towers head and shoulders above them in terms of her form figures.

Farzeen was blown away by Lady Bowthorpe at Ascot last time out, but that was a very hotly contested race and she can only improve from the experience.

At first glance, Shelir’s form figures this season look like nothing to write home about but amongst them are a series of good handicap efforts and interestingly David O’Meara has swerved an engagement at Haydock in favour of this race instead.

O’Meara teams up with his ace jockey Danny Tudhope here and off an attractive weight, Shelir looks like what they call “a handicap snip”.

Roger Varian is sure to have Game Player fit and raring to go on his seasonal debut and most of his Sheikh Mohammed Obaid Al Maktoum-owned runners have generally performed well first time up.

Jalaad presents the all-powerful Godolphin Stud and the Kodiac gelding could quite easily follow up on his gutsy York victory last time.

The John Gosden-trained Global Giant can claim top honours and take the prestigious Rose Of Lancaster Stakes at the Merseyside track.

The five-year-old son of Shamardal landed the Listed Steventon Stakes at Newbury last time out to make it two wins from three starts since making the transfer from Ed Dunlop’s yard to that of John Gosden.

One of our expert horse racing picks this weekend, Global Giant is clearly a horse on an upward curve and Gosden’s main objective is to run him in the Bahrain International Trophy later in the year.

In the meantime Gosden and Dettori will try and pick up some of the swag on offer at Haydock Park along the way.

The Roger Charlton-trained Extra Elusive warrants plenty of respect under a “hungry for winners” Hollie Doyle, while Sir Michael Stoute’s Zaaki is no back number either.

The starting point for picking out winners in these distance handicaps on the Flat tends to be siding with the horses that have actually run over such a journey, and secondly checking out whether they are a course and distance winner.

Three horses have run over the two mile test, namely Eddystone Rock, Charlie D and Mondain, but only the first named horse has actually completed such a race at this track.

John Best’s eight-year-old was last seen finishing well down the pack at Royal Ascot but he shouldn’t be written off on the back of that run and could quite easily bounce back to something like his superb showing at York last August.

8 victories from 62 career starts is no mean feat and Eddystone Rock is certainly worth an each-way poke in this.

Charlie D won two distance races like this last August, while Mondain is very attractively weighted near the bottom of the handicap under top jockey Andrea Atzeni.

Some of the top fillies around descend on Newmarket to contest the Sweet Solera and Charlie Appleby’s Danilova arrives here on the crest of a wave.

The daughter of Dubawi won at Newmarket last Saturday at a shade of odds-on. She scored quite comfortably in the end coming home 1½ lengths clear of Senita.

As per the majority of the Godolphin newcomers, she is definitely an exciting prospect and following up again this weekend is a distinct possibility.

Setarhe for the Roger Varian-stable has run three times this season already and will certainly know her job, while it is significant that Richard Hannon left Fly Miss Helen in the race after being mob handed with entries for this earlier in the week.

This is a rather open handicap on paper with all twelve runners in with some sort of a chance on the face of it - making it a nightmare for horse racing betting tips.

The Charlie Fellowes-trained Jeremiah has returned from a spell on the sidelines well, bouncing back to form with a dogged win over course and distance here a fortnight ago after two initial poor outings.

The five-year-old is partnered by Jim Crowley again and providing the dreaded bounce factor doesn’t kick in, they should put up another bold show.

Out of Jeremiah’s last race we can also take Koeman. Koeman was last seen running his best race for some time when chasing home Jeremiah at Ascot and he looks like he’ll be worth another interest.

The six-year-old appears to thrive at the Berkshire track and is also a course and winner too, which offers plenty of encouragement to anyone pondering whether to chance him as an each-way flutter in this.