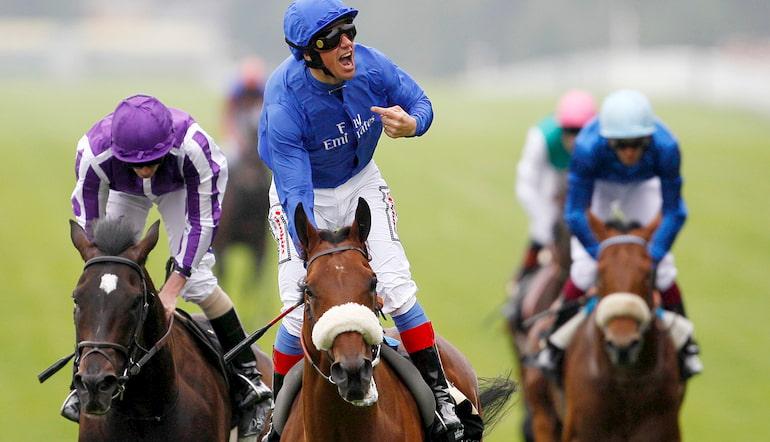 There’s plenty of good racing taking place across the UK on Saturday with ITV Racing covering seven races in all.

Those contests are spread across Windsor, Goodwood and Newmarket. Here is the latest going information for all three of those meetings:

Only six fillies go to post in this Listed affair but it is a competitive little heat nevertheless.

Pomelo is a Dubawi-filly and she won well on her debut at Newbury, pushed out nicely at the end and she was never in any danger. There is plenty more to come from her and she is worth a look in horse racing odds.

The Charlie Hills-trained Prado has also won her only race to date and she stayed on well in the final stages at Salisbury. The well bred Iffraaj-filly will have plenty of supporters with Ryan Moore aboard.

Consistency has been the name of the game for Richard Hannon’s Happy Romance and she seeks a hat-trick of victories here.

Stewards’ Cup victor Summerghand is in the form of his life at present and he looks more than equipped for the switch up to a Listed contest after racing in a string of top handicaps.

David O’Meara’s six-year-old is as tough as old boots and he has already clocked up ten career victories. This isn’t the deepest of Listed races in terms of the opposition and he should acquit himself well under William Buick.

If there is to be a fly in the ointment then the Robert Cowell-trained Raucous could pose the biggest threat to the favourite.

The seven-year-old won this very race last season, albeit on Good to Firm ground, and he has clearly been targeted for it once again.

The Ralph Beckett-trained Battered will be much more at home down Goodwood’s home straight than he was around the sweeping turns at Chester nine days ago, and the course and distance winner can make his presence felt in this field.

The six-year-old’s Goodwood triumph came back in August 2017 and conditions on Saturday will not be too dissimilar to that day.

Richard Hannon’s Oh This Is Us is also a course and distance winner and the seven-year-old has been running well in decent company all of this season.

This race looks a bit easier and he should run another solid race at a backable each-way price. He will be popular in expert horse racing picks this weekend.

Naturally any horses wearing Khalid Abdullah’s are always worth a second look, and Breath Of Air only went down by the smallest of noses at Haydock last time.

Hughie Morrison’s Le Don De Vie skipped an engagement at York’s Ebor meeting to line up here instead in this Listed event over 1m 4f.

Connections must be quietly confident that the gelding can bring home some decent prize money here and they are probably not that wide of the mark.

Having watched this four-year-old closely this season, Le Don De Vie has been crying out for this step up in trip and Saturday’s ground conditions will be right up his street too.

He looks like a major player in this six runner contest under the tactically astute racing brain that is Hollie Doyle.

Alounak for Andrew Balding is highly likely to be on the premises, while it would be foolish to leave out Desert Encounter who has won all of his four starts at Windsor.

Just four runners go to post in the coveted March Stakes in the memory of John Dunlop, but it is a very select foursome and it will produce some very interesting tactics.

This Group 3 contest takes place over one mile and six furlongs and the talented stayer Cabaletta from the Roger Varian stable can showcase her racing prowess live on terrestrial television.

Cabaletta has been holding her form well all year and she was a nice winner of the Aphrodite Fillies' Stakes at Newbury back in July.

Racing off an official mark of 106, she is the top-rated horse of the four and she will never have had a better opportunity to pick up a decent prize pot and add some more kudos to her pedigree. She is one of the best Saturday horse racing betting tips.

Glasgow Stakes winner Subjectivist on a rating of 104 ranks as her the biggest danger and the Mark Johnston-trained colt will not go down without a fight.

Fox Chairman may well have found the perfect race to put him back in the winner’s circle here at Windsor.

The Kingman-colt was a decent second to Aspetar in the York Stakes last time and this race represents a step back down in class.

He has form on soft ground at the tail-end of last season so should cope with anything the weather throws at him this weekend.

Extra Elusive is penalised for his Haydock win last time out, but even with Hollie Doyle aboard, he may just struggle to concede weight to all of his rivals.

The pitter-patter of rain this week will have been music to the ears of Sir Busker’s connections as it was the determining factor as to whether or not he would race on Saturday.

William Knight entered Sir Busker on the premise that there would be some give in the ground and that is exactly what they have got.

Sir Busker almost nabbed Montatham in the Clipper Logistics Handicap at York last week and he has come out of that battle well according to Knight. He should have a leading chance again.

Benbatl is the star of the field, but has not been seen since running third to Maximum Security in the Saudi Cup. He looks rather short in the betting considering he won’t really have his optimum ground conditions this weekend.

The Richard Hannon-trained Urban Icon is worth a second look in the betting. He kept on well on the closes stages of the Golden Mile and could figure at the business end of proceedings.