Everything you need to know about Kempton Park - with the King George VI Chase tips, Kempton races odds and horse racing results! 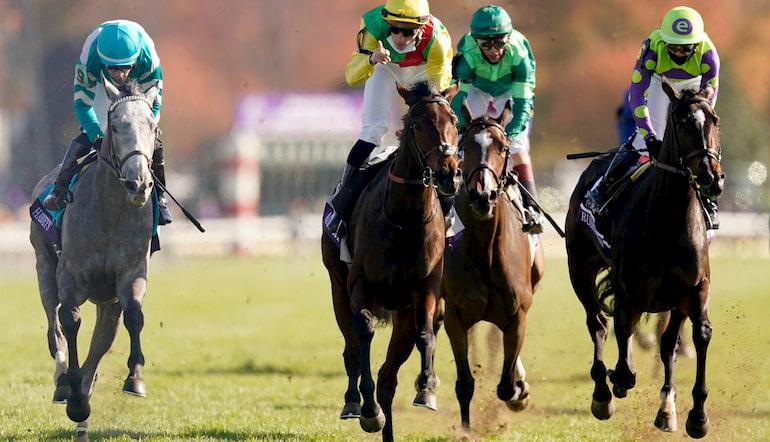 Following a multi-million pound redevelopment in 2006, Kempton Park was transformed into one of the Jockey Club’s premier racecourses, situated right in the heart of the capital.

Kempton Park is the only right-handed polytrack all-weather surface in the UK and hosts both flat and jumps fixtures all the year round. It is popular with horse racing betting fans across the country...

The most popular and most famous of Kempton’s race meetings is the King George VI Chase held on Boxing Day.

The Grade One National Hunt Chase attracts thousands of visitors to Surrey and is one of the most widely anticipated ante-post contests of the jumps season.

Past winners of the King George VI chase include racing legends such as Desert Orchid and Kauto Star, so you can always guarantee the best chasers from the UK, Ireland and France will be entered here.

Kempton consists of around 232 acres of flat grassland and is surrounded by woodland with two lakes in its centre. It even has its own railway station which was created for racegoers on a branch line from London Waterloo, via Clapham Junction.

The idea to race at the venue came from a 19th century businessman named Mr S.H. Hyde, who was out one day for a carriage drive in the country when he came across Kempton Manor and Park which was for sale at the time and decided to make some enquiries.

Hyde leased the grounds and became the tenant in 1872 and after six years of blood, sweat and toil, the racecourse came into being in 1878.

Such was the popularity of the venue amongst London’s rich and wealthy that a Royal Box was constructed in just 21 days in 1889 so that the Prince Of Wales could pay the racecourse a visit.

Kempton Park played its part in both World Wars. During the First World War, the site was used as a transit depot for military vehicles.

The Racecourses at Gatwick, Hurst Park and Sandown shared out Kempton Park’s fixtures between them until 1919, when racing resumed at Kempton.

In World War II Kempton Park was used to house prisoners of war. The main line rail station situated on the grounds of the racecourse was ideal for the transportation of German and Italian soldiers in and out of the temporary camp that was set up.

Kempton’s all-weather surface is not quite as fast as Lingfield and Wolverhampton due to being a deeper surface, but it is a fair course with plenty of home stretch time for a runner to get involved.

The raft of floodlit meetings in the midst of winter are extremely popular with trainers, owners and jockeys alike as they keep most training yards ticking over.

The flat course at Kempton is a right-handed oval. It is approximately a mile round, with the outer circuit a mile-and-a-quarter. The National Hunt track is a triangular shape and is very flat.

It has nine fences on its circuit with three of those in the home straight. Five, nine and ten furlong sprint races in recent times tend to be dominated by horses who have the stamina to lead from the front.

Kempton hosts quite an array of top class races with the majority of the really familiar names belonging to the National Hunt sphere. Here is a horse racing calendar of the top meetings held at Kempton Park racecourse:

Staged on Boxing Day (26th December) the King George VI Chase is the pinnacle race of the Festive racing period and is always an extremely popular contest with the ‘once-a-year’ punters who love to have a cheeky flutter on the TV racing.

Star names like Desert Orchid, One Man and, more recently, Kauto Star (a five time winner) have all been legends in their time in the family filled living rooms across the land.

Usually run for a decent prize pot, the 3m Grade One race never fails to attract the best longer distance chasers in training. It is also a good guide to that season’s Cheltenham Gold Cup.

The 2020 renewal – this year run on Saturday Dec 26th, will see the Paul Nicholls-trained Clan Des Obeaux (2/1), who has landed the last two renewals, trying to defend his crown.

Also trained by Paul Nicholls, Cyrname’s price (9/4) for the King George has plummeted over recent weeks, probably because the eight-year-old was very impressive on his return this season at Wetherby.

Colin Tizzard’s Lostintranslation finished one position and 45 lengths behind Clan Des Obeaux in the Betfair Chase but could well bounce at Kempton. He currently trades at odds of 9/1.

You can find Kempton Park tips here at 888sport, as well as via one of the following: Jockey Club App, Racing Post, Evening Standard, City A.M, Metro, Mull It Over Blog.

Kempton does not have a strict dress code, though smart dress is preferred and racegoers are advised to dress for the occasion. Dress for the weather!

Click HERE to explore what’s on at Kempton Park Racecourse in the coming months.