From the Betfair Chase to the Cheltenham Gold Cup, our horse racing expert picks his way through the National Hunt Triple Crown races 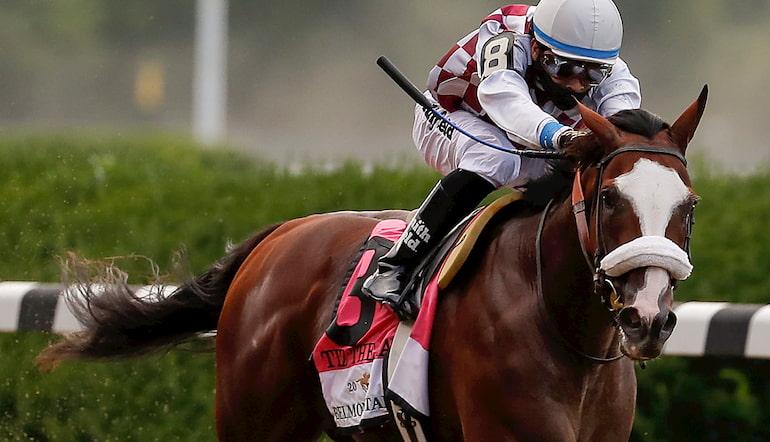 The National Hunt Triple Crown title, with its £1 million lure, was meant to the ultimate draw in the premier staying chase division, but the situation has changed this season with the bonus withdrawn for 2020/21.

In a recent statement, Richard Norris - the Group Racing Director for Jockey Club Racecourses, said: “It’s a shame we’re not in a position to offer the Chase Triple Crown bonus this year.

"With such a huge financial impact on our business and no certainty about getting reasonable levels of spectators back to the races we just couldn’t justify the investment this year.

"Instead we are focusing everything we can on supporting general prize money levels at our courses.”

In its previous guise as the “Betfair Million”, which was first started in 2005, the online betting exchange used to put up a £1m bonus for any horse that could win in the same season – the Betfair Chase (Haydock), the King George VI Chase (Kempton) and the Gold Cup (Cheltenham).

In 2006, the organisers made a couple of slight tweaks to the bonus criteria by making the Lexus Chase an alternative to the King George, or winning the Grand National whilst being placed in top two at any race at the Cheltenham Festival.

The Triple Crown concept and the £1m bonus were eventually dropped by Betfair in 2010 only to be revived as a competition in 2015 by the Jockey Club.

The only horse ever to complete the feat and scoop the bonus in its modern day format is Kauto Star who did so in season 2006/7.

Of course greats such as Arkle, Desert Orchid and Best Mate all won the King George VI Chase at Kempton Park and the Cheltenham Gold Cup in the same season but of course there was no “Betfair Chase” leg at Haydock Park back then.

In recent times, only two horses have gone close to emulating Kauto Star’s Triple Crown record. The first was Paul Nicholls’ Silviniaco Conti (2014/15) who took the first two legs but was the soundly beaten favourite in the Gold Cup behind Coneygree.

The second was the Colin Tizzard-trained Cue Card (2015/16). The popular Mrs Jean Bishop-owned chaser was the resounding winner of the first two legs, and was going pretty well in the Gold Cup before he took a tumble three fences from home.

Unfortunately the lack of a bonus this year is likely to have a detrimental effect on the quality and the size of the field on the opening leg of the Triple Crown, the Betfair Chase at Haydock.

Fickle as it seems, the bonus has probably led to some of the most spectacular renewals of the Betfair Chase in recent seasons, with many trainers prepared to risk sending their A1 Gold Cup candidates to Haydock in what is very often an attritional race due to the ground.

Sadly that is highly unlikely to happen this season as Champion Trainer Nicky Henderson has always been a little reticent to send his best chasers to Haydock at the best of times, and in 2018 his dubiousness was compounded by the fact that he and Nico De Boinville found the fences to be “dangerous”.

They were then rebuilt by the track in time for the very next fixture.

Given that Henderson currently holds the strongest hand in the ante-post pack for next season’s Gold Cup with Santini and Champ, the chances of him sending just one of them, never mind both, to Merseyside in November look extremely slim.

Colin Tizzard’s defending champion Lostintranslation is almost certain to return, as is the two-time winner – Bristol De Mai. After that, things are pretty much guesswork at the moment.

Let’s take a brief look at each of the three qualifying races, from their history through to who is likely to race in them in season 2020/21.

The Betfair Chase (registered as the Lancashire Chase) is the race that really ignites the new NH season as well as it being the first leg of the Triple Crown.

The inaugural Betfair Chase, run over 3 miles, took place in 2005, when  Kingscliff beat a quality field including Gold Cup winner Kicking King and the multi Grade One winning Beef or Salmon.

Kauto Star made the race his own, winning it on four occasions between 2006 and 2011, and thus earning himself a statue that was sculpted in his honour.

The Nigel Twiston-Davies-trained grey, Bristol De Mai, has been the most dominant competitor in recent seasons and he is currently a 7/2 chance in our online betting to recapture the Betfair Chase title.

The current holder of this trophy, and last season’s Gold Cup third Lostintranslation, has to be bang in contention again this year.

The must see race of the Christmas holidays and a contest that will always be synonymous with the great Desert Orchid. It is also the second leg of the Triple Crown.

The race is quite unique in that it has been won by young up and coming chasers, two milers that are stepping up in distance, future Gold Cup winners and of course defending champions.

Nicholls is understandably the most successful trainer in King George history and if you fancy Clan Des Obeaux to make it a hat-trick of King George’s in 2020, he is trading at 7/2 in the horse racing betting.

Leg three of the Triple Crown and undoubtedly the hardest race of the three to win.

The race takes place over 22 fences and three miles, two and a half furlongs, with the famous uphill finish having an impact on almost every single renewal.

In 2019, Irish jumps training maestro Willie Mullins finally got the Gold Cup monkey off his back when his Al Boum Photo took the spoils.

In 2020, the same horse came back to do exactly the same thing again. We currently make Al Boum Photo Part III a 5/1 probability - he is certainly a horse to follow in early ante post Cheltenham Festival 2021 odds.