Our horse racing expert takes a look at the 2020 Virtual Grand National - will Tiger Roll get the job done? 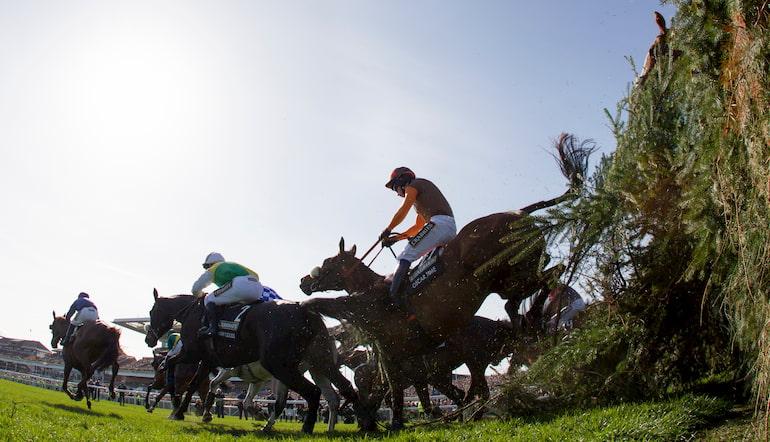 It may not be the real McCoy, but in the absence of the Grand National being unable to be held this year, ITV will be showing  “The Virtual Grand National” on Saturday, 4 April, at 5pm.

With the world’s greatest steeplechase sadly shelved on this occasion, there has been plenty of interest around the globe in relation to this computer generated version and punters are rather keen to have their annual flutter on this substitute race.

The Virtual Grand National is a Carm Productions for ITV, ITV4, ITV Hub and International TV. Carm’s superb CGI technology and sophisticated software annually predicts the real outcome of the race some 24 hours ahead of the ‘off’, however this year it will be more a case of finding out “what might have been”.

“We use the latest CGI technology and algorithms and were ready to go ahead as a forerunner to the big race but now we want to cheer the nation up and ask the computer if history could have been made,” said executive producer Rob McLoughlin of Carm Productions.

He also added that the virtual race had been “incredibly accurate” since its first running in 2017 and he’s not won there as the following results will testify:

Devised by Rob McLoughlin and Steve Rogers under the banner of Inspired Entertainment, the first TV special in 2017 saw Cause of Causes win the VGN in an exciting finish and go on to come second in the following day’s Grand National.

The animated horses run over the real course and all the predictor model results so far have been uncannily like the real result the day after.

In 2018, Tiger Roll did the ‘double’ winning both races. The 2018 TV special also saw L’Escargot controversially beat Red Rum in The Grand National Race of Champions devised by Rob himself.

Speaking in 2019, Steve Rogers of Inspired said of the Tiger Roll result “Last year’s result was breathtaking,” The races stand out on their own as sport and entertainment even without the extra ingredient of attempting to tell the nation where their favourite may finish.

The ITV programme itself will be hosted by Nick Luck and it will also feature a race for the Grand National champions of yesteryear.

This will see Aintree legends such as Red Rum and West Tip running against the likes of Many Clouds and Tiger Roll in an exciting, star-studded simulation.

Steve Rogers, chief commercial officer with Inspired Entertainment said:  "My team have been working round the clock to make this year even more realistic than ever, and we can't wait to screen the Red Rum versus Tiger Roll match. It's terrific TV."

In what would have been the Aintree Grand National meeting this week, we turn our attentions to the 2021 race and some of the potential runners that will be hoping to make their merry way to Merseyside again, including Tiger Roll.

Of course the loss of the National meeting itself was a massive blow and the building publicity surrounding Tiger Roll was putting the sport of horse racing on the front pages for all the right reasons.

Everything You Need To Know: 2020 Virtual Grand National

So will Tiger Roll be back to next year to equal Rummy’s record? Well, the early indications from Gordon Elliott are yes, but we need to remember that Tiger Roll will be 11 next year and he was the beaten favourite at the Cheltenham Festival in his traditional Cross-Country warm-up race.

But Elliott is still hopeful that he can get his Gigginstown-owned gelding back to Aintree in 2021. Shortly after this year’s race was cancelled, Elliott told the press: “There is every chance of him competing.

“He hasn’t got that many miles on the clock, and we will be training him back for the Grand National again.

"You’re training horses day by day, never mind year by year, so I’ll be taking things day by day - and there’s a lot of water to go under the bridge by then.

"He’s in good form and he was all set for the National, but unfortunately we’re only one of 40 horses - and so we’ve just got to keep going. All we can do it dream - so you never know what might happen.”

Tiger Roll is a 12/1 shot here with us at 888sport for the 2021 renewal. Several new contenders having emerged in the 2021 Grand National betting with many of them coming from the recent Cheltenham Festival.

The Ultima victor, The Conditional (25/1), is another possible runner that has entered  future calculations.

The 2018 Gold Cup winner Native River (33/1) was quietly fancied for this year’s race and has to be considered too.

Ted Walsh’s Any Second Now (33/1) was all the rage for the 2020 Grand National and was as short as 12/1 in the ante-post betting and he will be hoping to be back while Nicky Henderson’s leading candidate for 2021 will probably be the J.P McManus-owned Ok Corral (50/1) once again.

Watch out for all our Virtual Grand National prices later in the week!