Ian Wright Net Worth - How Much Is The Arsenal Legend Worth?

Estimates value Ian Wright's total wealth at close to $20 million. From his football career to BBC TV role, we look at how Wright has built up his bank balance... 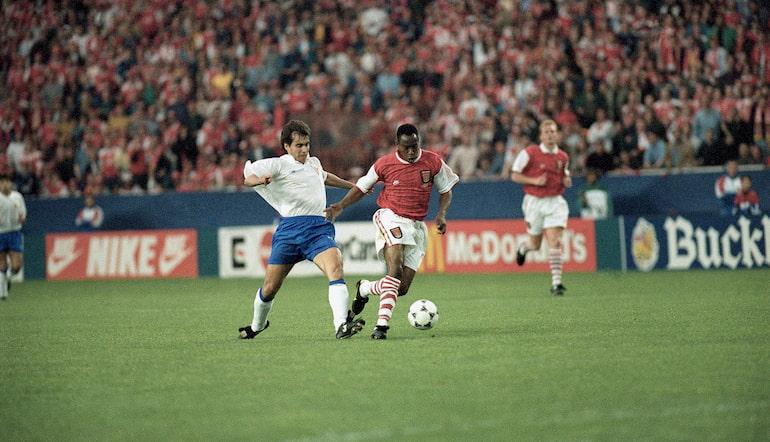 Sports pundits aren’t meant to be as popular as Ian Wright.

Seemingly loved universally, Wright has made a seamless transition from football betting Golden Boot favourite to the landscape of celebrity, starring on reality shows and lighting up television studios with his smile.

Wright’s jovial personality sometimes overshadows the quality of his analysis. His insight is invaluable for anyone looking for football tips for today.

In an industry riddled with aggression and ‘desire’, Wright is a breath of fresh air. His playing career was every bit as enjoyable. Here’s everything you need to know about the former Arsenal striker…

How Much Is Ian Wright Worth?

According to Celebritynetworth.com, Ian Wright has a net worth of around $20 million.

It’s thought his work as a pundit earns him just over £200,000 per year, and while footballer’s wages were much lower during his playing days, he will still have amassed plenty of pennies along the way.

Endorsements, both when he was starring for Arsenal and as a result of his increased profile in recent years, will have given Wright’s bank account a further boost, too.

Before he became one of the best football pundits, Ian Wright enjoyed a wonderful career on the pitch. It didn’t start in the traditional way, however.

Through his teenage years, and up until he was 21, Wright was playing Sunday League football. Scoring plenty of goals as you’d expect, he eventually signed a semi-pro deal for £30 per week with Greenwich Borough.

Only a few weeks later, Wright had a trial with Crystal Palace and signed a professional deal just before his 22nd birthday.

With 117 goals in 253 starts over his six seasons with Palace, Wright cemented himself as a club legend. He was since named their ‘Player of the Century’ – those performances earned him a move to one of the most successful English football clubs.

Arsenal parted with a club record fee to sign Wright in 1991. To say he got off to a flying start would be an understatement. He scored in his debut, got a hat-trick in his first league appearance, and finished his first season with the club with a tally of 31 goals. 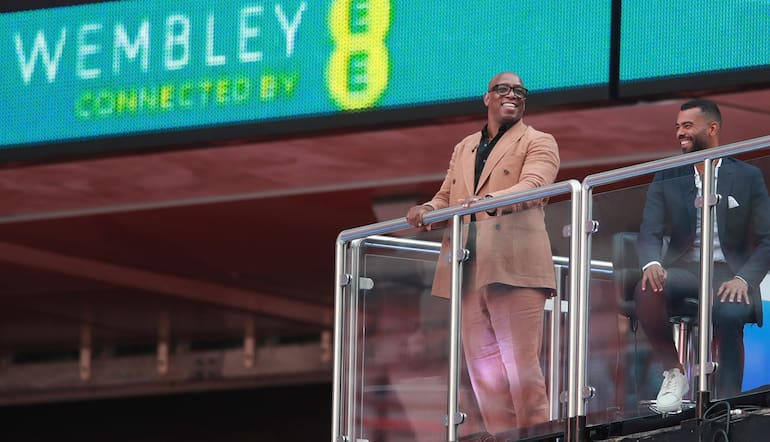 The former Sunday League striker had installed himself as Arsenal’s main man. Six seasons topping the club scoring charts was impressive, and team success came along with it, including the double in 1993.

Managerial changes were tricky for Wright, who even handed in a transfer request after not seeing eye to eye with Bruce Rioch. He retracted the request soon after.

A career that started in fairy tale fashion finished as a legend at two London clubs with 33 England caps and 333 career goals to his name.

Ian Wright has been married twice. He is currently married to Nancy Hallam, and has been since 2011. Wright’s first wedding was in 1993 in Mauritius, but it ended in 2004.

The former Arsenal striker later admitted in his autobiography that he was unfaithful in his first marriage.

He wrote, "I got caught up in all of that and cheated on my first wife, Debbie, which destroyed my marriage. That was a really horrible period. If there’s ever been a time in my life I wish I could change, that would be it."

Ian Wright has eight children. The first of which, Shaun, went on to become a winger for Manchester City, Chelsea and England. 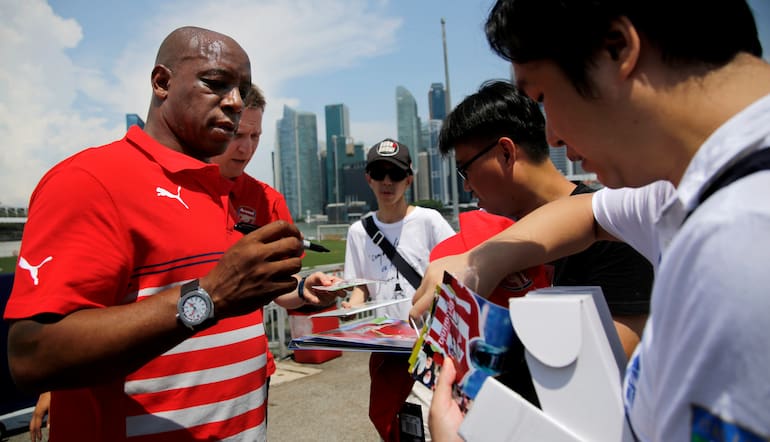 Shaun was adopted by Ian in 1984 while he was in a relationship with Sharon Phillips – the couple had another child, Bradley. He had another son, Brett, in 1987, before two children with his first wife Debbie.

Nancy Hallam and Wright have two children. The first was Lola, born in 2009, and Roxanne is Wright’s eighth child, born in 2012.

How Old Is Ian Wright?

Since retiring from football in 2000, Wright briefly dabbled in coaching with Milton Keynes Dons and purchased a stake in Ashton United.

He has featured on BBC’s Top Gear and presented several shows, including a guest stint on Top of the Pops.

Ian Wright was a contestant on the 2019 edition of I’m A Celebrity. Wright was the fifth celebrity to be voted off after being in the bottom two with Caitlyn Jenner. 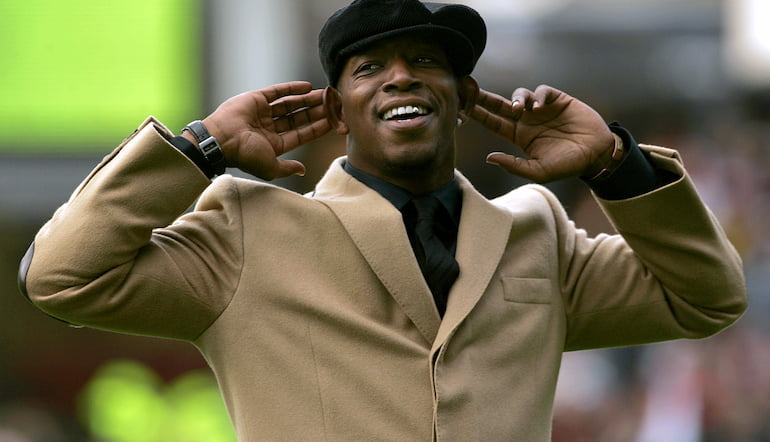 During his time in the jungle, Wright was criticised for his treatment of Andrew Maxwell.

Working on an ITV4 programme being filmed at Highbury several years ago, Ian Wright was reunited with his primary school teacher, Sydney Pidgen.

Pidgen played a major role in getting Wright into football, and the former Arsenal striker had clearly assumed he had passed away.

Having not seen each other for almost a quarter of a century, Wright is surprised on camera by the reunion with Mr Pidgen – he emotionally says, "You're alive!" and in the following interview describes Pidgen as "kind of like his special guy".

Wright dedicated his autobiography to Mr Pidgen, and has since spoken emotionally about their relationship on Desert Island Discs.