A Look Back At The Failed Robinho To Manchester City 'Experiment' 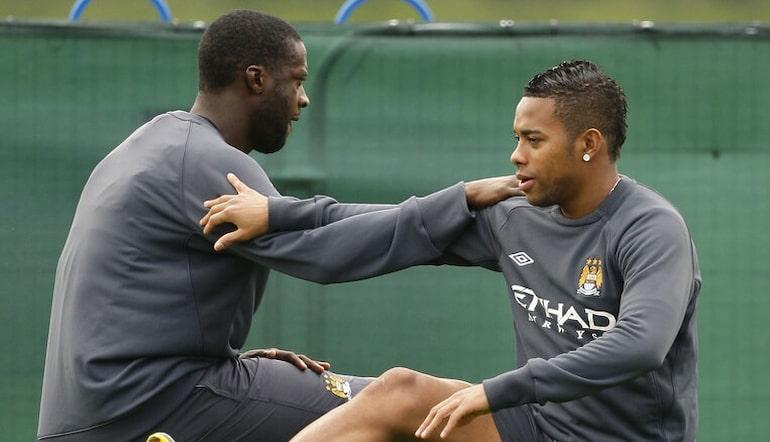 The circumstances that surrounded Robinho’s switch from Real Madrid to Manchester City in 2008, for a British record transfer fee of £32.5m, is infinitely more entertaining than anything the Brazilian managed on the pitch across two largely disappointing seasons.

Heralded as a marquee coup for a newly minted club who was languishing in the third tier a decade before, the samba superstar singularly failed to ignite at the Etihad, bar an occasional flash of magic or semi-decent display, and subsequently he has gone down in the annals as a flop.

Certainly, there remains a swathe of other signings City have pulled off since, who are more celebrated and more fondly recalled.

Admittedly, few expected the then-24-year-old to ultimately threaten City’s all-time goalscoring chart, the forward having been an infrequent scorer at the Bernabeu, in between bewitching opponents with his nifty footwork.

Yet still, just 14 goals is an awfully underwhelming return for a player of his calibre. As for his performances, it can truthfully be said that a number of his team-mates showed far greater consistency across his spell in England, Steven Ireland being one.

Yet, if his time at City is now little more than a curio, prompting only hazy recollections, his signing will forever be an unforgettable event. More so, it is a pristine example of modern football at its finest and worst.

It’s hard to equate the Manchester City of today with the club that was instantly and seismically transformed on being taken over by the Abu Dhabi United Group (ADUG) nearly 14 years ago, at a stroke made the wealthiest footballing institution in the world.

Now, they are clear favourites in the Premier League betting to land another title, their fifth in six years if they’re successful. Back then, they firmly resided in the shadow of their famous neighbours United. Back then, they were decidedly ordinary.

All of that changed in a heartbeat on September 1st 2008, and while the completed takeover of City inevitably dominated the news-cycle, journalists the world over struggled to keep up as this huge breaking story evolved at an hourly rate.

This was because of a twist that simply couldn’t be written, a twist that even now raises a smile. The takeover had taken place on transfer deadline day.

With little time to waste, the club’s new owners cast their net far and wide, reportedly putting in bids left, right and centre, and this scattergun approach has given rise to some marvelous tales, many of which will likely be apocryphal.

One such rumour has a club director claiming their frenzied activity was getting messy, with a misunderstanding leading to a hefty bid being submitted for Barcelona’s genius Lionel. The bid was swiftly rejected.

It's ICYMI with Tag Heuer... pic.twitter.com/rzjyd8ooYy

As an aside, just imagine the online betting in the transfer markets had they been prevalent in 2008. It would have been wild.

What we know for sure, in hindsight, is that two players went close to the wire, and with top target Dimitar Berbatov eventually choosing Manchester United, that left only Robinho in their crosshairs; that left only the prospect of one of the best players on the planet joining a club that had so recently lost 8-1 to Middlesbrough.

And as the clock ticked down, Real Madrid could essentially name their price.

It was a transfer that genuinely shocked, and not least the striker himself. Soon after putting pen to paper, Robinho was wheeled out to the press corps. 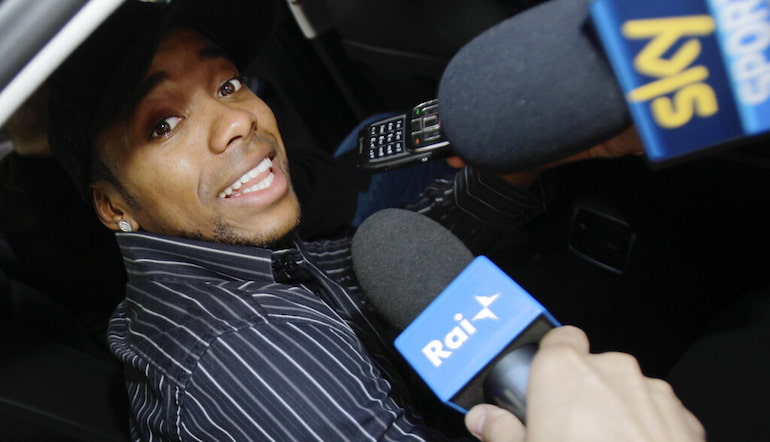 “Chelsea made a great proposal and I accepted,” he stated, gently being reminded by a reporter that he had actually signed for a club 170 miles north of Stamford Bridge.

Alas, his indifference came through in his performances but who knows how good Robinho could have been in the Premier League if in his prime today, serviced by Kevin de Bruyne, arguably the biggest talent in the top-flight.

Instead, he was surrounded by team-mates with a tenth of his ability but who offered up ten times more application. This disparity became a problem.

City though had made a statement. And really, and wholly, that was what the signing of Robson de Souza, more commonly known as Robinho, was all about.