How much is Jamie Carragher worth? We look at the Liverpool legend's net worth figures, Sky Sports salary & life off the football pitch... 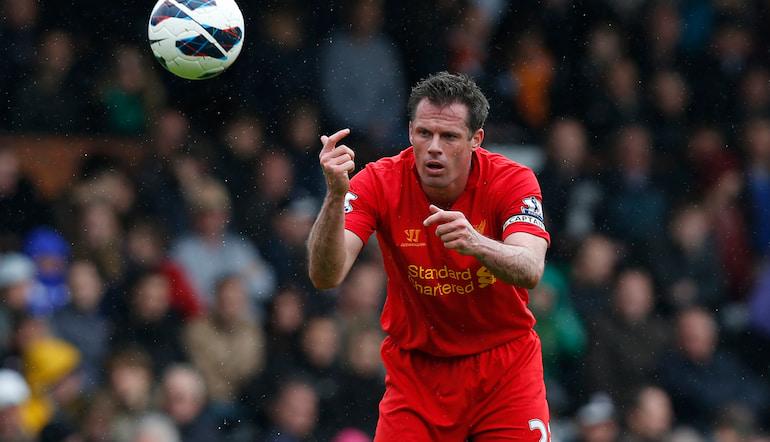 Born in Bootle in 1978, just three miles from Anfield, Jamie Carragher is a former footballer and renowned TV pundit who played as a no-nonsense central defender for Liverpool throughout his 17-year career, becoming their second longest-serving player.

During his time at the club he was vice-captain for a decade and won numerous honours including two FA Cups, three League Cups, the UEFA Cup and a thrilling Champions League.

Carragher holds the record for the most appearances in European competition for Liverpool and also won 38 caps for England.

Since hanging up his boots, he has become a hugely popular TV pundit and columnist across numerous TV stations and newspapers.

How much is Jamie Carragher worth?

Jamie is thought to have a net worth of around £16m. It is an impressive amount considering his modest upbringing, and a sign of how driven he has been to succeed in life.

Let’s take a look at how he made his fortune.

During his 17 years at Liverpool, reports suggest his earnings peaked at £80,000 per week, an excellent wage for the time, before you get to regular bonuses. Credit to him though for donating his testimonial earnings to charity.

Representing England would not have significantly added to his earnings directly, but the prestige would certainly have attracted improved sponsorship deals.

His salary with Sky Sports is believed to be in the region of £1m per year. On top of his TV work, he has increased his net worth with numerous newspaper columns over the years.

He also appears to be something of an entrepreneur, with his own company Jamie Carragher Promotions Ltd.

Jamie is married to Nicola Hart, announcing in a recent Instagram post that they have been together for over 20 years. They have known each other since they were children at the same school.

They started dating when Jamie was 18 years old as he broke through at Liverpool, and they finally tied the knot in 2005, though their plans had to change after a fire at their original choice of venue.

Jamie had to propose a second time too after messing up his first attempt. The couple have two children, James and Mia.

As a proud dad, Jamie regularly praises the achievements of his children, but Nicola maintains a much more private profile on social media channels.

Nicola has her own successful career and is an interior designer who runs her own company and is thought to have a net worth herself of at least £1m.

Jamie’s son James is a talented footballer and is set to follow in his father’s footsteps. Like his father, he excels as a central defender – it would seem defending is in the Carraghers’ blood.

James was a youth player at Anfield before moving on to Wigan where he signed a scholarship in 2017.

Regrettably, that has now expired as the club struggles with constant financial issues and the 18 year old has attracted the attention of some big clubs, including Everton.

Wherever he ends up, if he even comes close to matching the career of his father then his future will be very bright indeed and will only add to the lustre attached to the Carragher name.

The only aspect of the sport he may not wish to emulate his father is by having the most own goals. His dad is second on the all-time Premier League list with seven.

Many may not be aware that while Jamie spent his career at Liverpool, he grew up as a staunch supporter of their cross-city rivals Everton. Only when he joined Liverpool’s academy due to better prospects did his allegiances begin to shift.

Jamie has since commented how his love for Everton eroded due to professional commitments but also due to the abuse many teammates suffered from Everton supporters.

After he was mocked in a pub after Liverpool lost to Manchester United, he found it easier to fully switch his allegiances to the red half of the city.

Despite this, Carragher maintains a love for the Everton of his youth, especially the wonderful sides of the 1980’s.

Football betting punters will know Liverpool are going to be the more likely title challengers of the two teams. Liverpool are 5/1 to win the 2021/22 Premier League, making them third favourites.

On retiring, Carragher soon forged a new career as a TV pundit.

While they were fierce rivals on the pitch, off it he and former Manchester United player Gary Neville have developed an excellent on-screen rapport, and have been widely praised for their level of analysis and opinions, as well as their legendary disagreements.

Together they are the key faces of Sky Sports’ flagship show Monday Night Football, and their pre-match analysis of the weekend’s action is thought by many to be the highlight of Sky’s football coverage, making them firm favourites with sports betting fans.

The two have not always been a joint on-screen presence, with Neville briefly trying his hand at management with Valencia and Carragher suspended after controversially being videoed spitting at a teenager.

He was briefly suspended from Sky Sports, but the two have been reunited since and are a regular sight on our TV screens.

Apart from his many other media duties, Jamie also hosts a weekly podcast, called the Greatest Game, which he began in October 2019.

Each episode, he invites a footballer or well-known fan on to discuss the team they love, the greatest game they have seen or played in, and chat about their passion for football.

They may talk about their own careers or devise their ultimate 5-a-side team – every episode is different.

Footballers, actors, politicians, sportsmen, pop stars and more have appeared on the podcast, which unsurprisingly has received excellent reviews and acclaim since it began.

You can also find Jamie as a guest on various other podcasts, and as part of Sky Sports’ output too. As one of the best football pundits in the game, his podcasts are definitely a must-listen.