Players With The Most Own Goals In Premier League History

Which player has scored the most Premier League own goals since the league's formation in 1992? 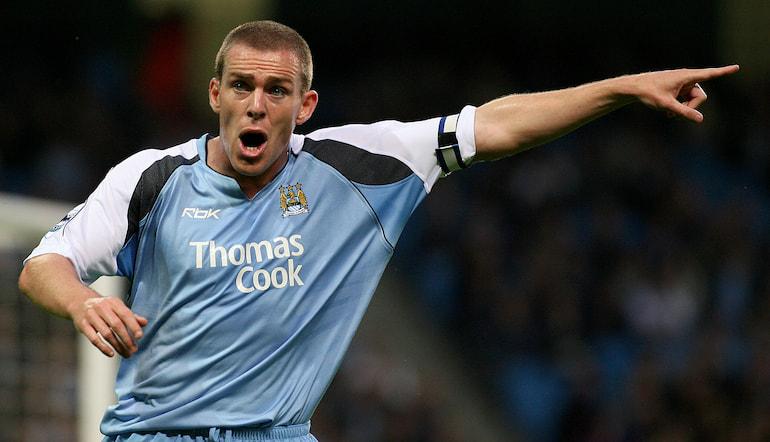 Sometimes Premier League own goals swing football betting. Sometimes they break hearts, and sometimes it is a moment of comedy destined to show up on montages for years to come.

Amid all the Premier League records to hold, scoring the most own goals might just be the most unwanted. It takes a certain type of defender, some misfortune, and a lot of Premier League matches played to feature on this list.

Even players who have a claim to a place in an all-time Premier League XI rank in the top 10 in own goals.

Plenty of familiar names feature below. Others are less well-known. Here are the all-time leading Premier League own goal scorers…

Players With 5 PL Own Goals

Ferdinand has a case as the best defender in Premier League history. With 504 appearances, though, five own goals isn’t exactly surprising.

Others are more remarkable. Lewis Dunk has plenty of years to climb this list.

Richard Rufus played just 99 times in the Premier League, averaging an own goal roughly once every 20 matches – making him a top pick in Premier League odds for scoring own goals.

Federico Fernandez has played around double as many times as Rufus, but he’s still around 300 appearances behind Ferdinand.

Dunk and Fernandez could yet break into the next tier of Premier League own goal scorers. Let’s move on to the group with six own goals each.

Across long stints with Chelsea and Leicester, Frank Sinclair amassed six own goals in the Premier League. Where others are surprise inclusions here, Sinclair is a player known for his own goals.

He was a cult hero in west London. Always giving every ounce of energy, and throwing his body all over the pitch, Sinclair might not have been the smoothest in possession, but he was invaluable to his teams.

Few have excelled at the undervalued art of last ditch defending quite like Ryan Shawcross. A warrior for bruising Stoke teams, Shawcross was a leader of men and Potteries hero.

His defensive play was at times divisive. It was ultimately effective, though, as the Potters stuck in the Premier League for longer than any expected.

With deep defence and a love for bold blocks, Shawcross was always an own goal candidate. In a career like his, six is a reasonable tally.

With the hard-nosed approach to the game, Shawcross also ranks joint-51st in all-time yellow cards, just ahead of Branislav Ivanovic.

From Manchester United to West Brom and Leicester, Jonny Evans has enjoyed a long and successful career in the top flight. The Northern Ireland international continues to deliver at the highest level deep into his thirties.

Evans has adapted to different systems and different central defensive partners as he has changed clubs.

Whether needing to mark powerful forwards or organising a low block, Evans has proven himself to be an impactful defender.

Just like John O’Shea and Jonny Evans, Wes Brown is best remembered for his days in the red of Manchester United - during the peak of their Premier League predictions powers.

Brown was a versatile, reliable player during the best days of the Alex Ferguson era.

Brown is in the odd position of having more own goals than goals scored. He scored just four times in over 300 Premier League appearances.

If looking at appearances per own goal, Brown ranks relatively well compared to some others in this list.

Martin Skrtel was the exact type of defender to rack up the own goals. The last-ditch, blood-and-guts nature of Skrtel’s game fitted perfectly with the image of an own goal specialist.

Skrtel was alarmingly keen to put his body on the line, which often resulted in unfortunate deflections into his own net.

Skrtel played 242 times in the Premier League for Liverpool. While his game wasn’t flawless, he could never be accused of bottling a challenge or not trying.

His seven own goals were varying degrees of embarrassing, but it was well worth it for the times his never-say-die attitude saved Liverpool.

Only 51 players in Premier League history have made more appearances than Phil Jagielka.

A stalwart for Everton, Jagielka ascended to earn numerous England caps, and often provided stability across eras on Merseyside.

He bookended his Everton stint with periods at Sheffield United. Yorkshire is where Jagielka made his name, and he returned in 2019.

Twice named Everton’s Player of the Season, the Sale-born centre-back is one of the Toffees’ best players since the turn of the century.

A Premier League medal might have eluded Jamie Carragher, but that’s not to downplay his legacy. The Sky Sports pundit was involved in several tight title races, and he ranks ninth all-time in Premier League appearances.

With his varied skillset, he could easily have gone down as one of the best Premier League midfielders had he made the transition further up the pitch.

So often left as the last line of the defence, though, Carragher was also an own goal candidate throughout his career.

Seven isn’t an awful haul given how long he played, but some of the own goals are particularly comical.

What a claim to fame. Richard Dunne and own goals are synonymous.

Dunne enjoyed a long and solid Premier League career, but unfortunately this most undesirable of honours is how he will be best remembered.

Playing for Everton, Manchester City, Aston Villa and QPR, Dunne played in 431 Premier League matches. His rate of own goals actually isn’t as bad as many others.

Playing for so long, however, means he’s clear at the top of this list.