How much is Jamie Redknapp worth? We look at the football legend's career earnings, his family life and more in our Jamie Redknapp net worth profile... 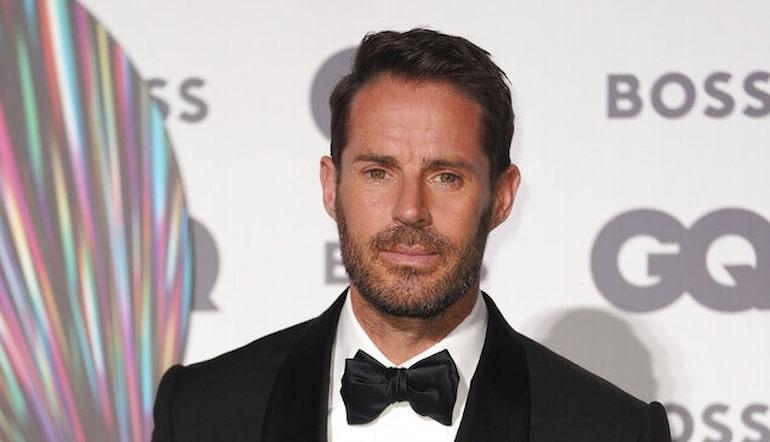 Redknapp is a regular on Sky Sports’ live football coverage, and even if you’re not tuning in for a match, he often pops up on other shows.

We’ve already covered Harry Redknapp net worth, so let’s take a look at Jamie’s net worth and life so far.

Jamie Redknapp net worth is estimated to be around £12 million. Some sites claim Redknapp is closer to the £5 million mark, however.

The former England international obviously earned plenty in his playing career. Still, Premier League wages were in a different ballpark altogether compared to the hundreds of thousands per week so many earn now.

Of course, Redknapp has had plenty of income since hanging up his boots too as both a pundit on Sky Sports and a panellist on A League Of Their Own.

Like so many sportspeople, Redknapp also released one of the best sports autobiographies, which will have helped to boost his net worth further.

Jamie Redknapp’s wife is Frida Andersson. The couple tied the knot in London in October 2021, and welcomed their first child a month later.

Redknapp has two children from his first marriage to Louise Nurding. Both of the boys have taken a keen interest in rugby in their early years and have frequently appeared on both Jamie’s and Louise’s Instagram feeds.

Jamie spoke about co-parenting on a podcast following his divorce from Louise. The former midfielder said, "It’s never easy but you have to make sure the kids come first and foremost and you make sure that you’re there to support them as much as possible."

He also was quoted in Hello! Magazine talking about parenting after the break up.

"I'm very fortunate I've got two great boys. When you co-parent, it's something you have to do together and make sure you're both pulling the right way. Louise does a great job with the boys. We do the best we can and try to be tough but fair."

Who Is Jamie Redknapp's Dad?

Jamie is also the cousin of Chelsea icon Frank Lampard, and has often been in the awkward position of analysing Lampard’s performances as both a player and manager from the Sky Sports studio.

Jamie and Harry launched a television show together in 2021, entitled ‘Redknapp’s Big Night Out’.

It’s not the first time they’ve appeared on screen together, of course, with Harry joining Jamie for an episode of A League Of Their Own back in 2016, and they featured on Ant & Dec’s Saturday Night Takeaway after Harry’s I’m A Celebrity win. 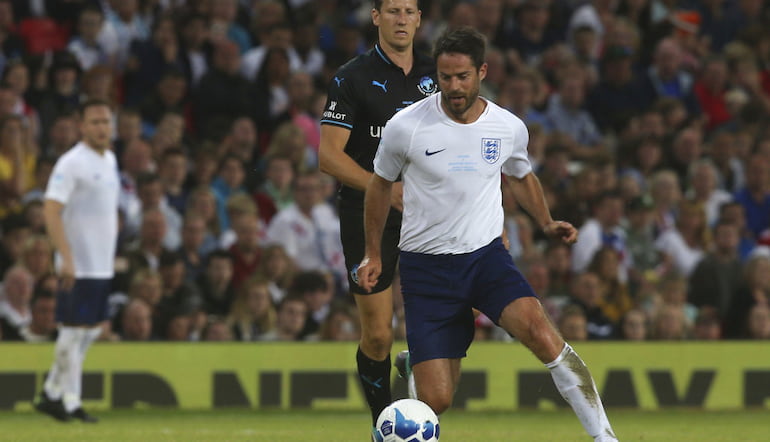 Harry spoke to OK! about working on a project with Jamie.

He said, “When Jamie said he wanted me to do it, I was up for it. It’s better to work with people you know, especially your son, so I’m really looking forward to it…

“We have a great relationship. I could count on one hand the times that I’ve had a cross word with Jamie. We’ve always got on well.

"I talk to him almost every day and we play golf together when we can. And I’ve been very lucky to follow his career.”

“It’s right up my street as I do love playing tricks on people, so I can’t tell you how much I enjoyed that. That’s my type of humour. So I’d love to do a show where you wind people up and prank them. I’m ready for something like that.”

Initially with Tottenham as a youth player, Jamie Redknapp made a bold decision to turn down a contract offer from the north London club. He instead opted to sign with Bournemouth, who were managed by his Dad.

Having caught the eye of Kenny Dalglish, however, Redknapp didn’t last long with the Cherries.

He quickly became one of the expensive teenagers in the world, signing for Liverpool in 1991. Redknapp spent the vast majority of his career at Anfield, clocking over 300 appearances for the club over more than a decade.

A technically gifted midfielder, Redknapp was an integral player for Liverpool for a prolonged period, but a knee injury meant he missed all of their treble winning campaign.

His comeback was short-lived unfortunately as injury struck again. Redknapp then made a return to Tottenham on a free transfer, but made just 49 appearances over three seasons.

Half a season with Southampton was blighted by fitness concerns, and Redknapp announced his retirement at the age of 31 on the advice of medical specialists.

Beginning his punditry career in 2004 as part of BBC’s European Championships coverage, Jamie Redknapp took up a full-time role with Sky soon after his retirement in 2005.

Since then, Redknapp’s pre-match, half-time and post-match analysis has been a staple for those live betting on the Premier League.

Alongside his on-screen work both as a pundit and occasionally on Sky Sports News, Redknapp has also worked as a columnist on the Sky Sports website and with the Daily Mail.

Premier League Tips
Liverpool
About the Author
By
Sam Cox