How much is John Stones worth? We look at the Manchester City defender and discuss John Stones net worth as well as his life off the football pitch... 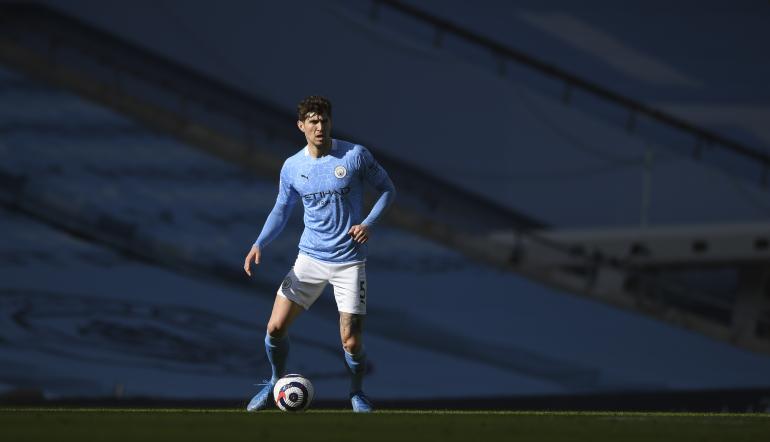 Deep into his career, John Stones has long been a feature in football betting online.

Breaking through at Everton before a big money move to Manchester City, Stones’ form has fluctuated during his time at the top, but he has reasserted himself as a key player for club and country in recent months.

How Much Is John Stones Worth?

Stones divides opinion. At his best, he looks like an elite defensive talent who can create from the back. On other days, he’s a liability, vulnerable whenever the opposition attack.

However fans rate him, Stones’ success at the top level should not be downplayed. He’s already accumulated plenty of medals, and will continue to do so in coming years.

It is widely reported that John Stones’ net worth is around £40 million. Having been at Manchester City since 2016, he has amassed millions in salary alone.

An established England star, too, Stones will have a string of endorsements deals to bolster his income further.

Stones broke through early on. He’s only just turned 27, and should be heading into his peak years as a central defender. It’s not unreasonable to imagine him as a stalwart for Manchester City and England for another six or seven years.

Such a lengthy career at the top, and for one of the richest clubs in the world, will result in a vast net worth by the time he hangs up his boots.

Where other football stars invest in businesses and advertise products left, right and centre, there is less public knowledge of Stones’ life away from the field.

John Stones is on £100,000 per week with Manchester City. This is according to sports salary website Spotrac. This weekly wage ties Stones with a raft of other Premier League stars, including Hugo Lloris, Dele Alli, Sadio Mane and Hakim Ziyech.

He might have been in and out of Pep Guardiola’s plans over the last couple of seasons, but Stones has been receiving a hefty pay packet all along.

Stones’ current Manchester City contract runs until the end of 2021/22. While City are never afraid to make a splash in the transfer market, it’s fair to expect the England international to extend his stay at the Etihad Stadium.

They remain sports betting favourites for the Premier League crown every year, and Stones is a useful player to have around, even when he drops to a backup role.

Interestingly, 14 Premier League defenders are on a higher weekly wage than Stones.

The £100,000 figure for a centre-back was extortionate just a few years ago, but his standing among other Premier League defenders shows the drastic wage inflation. City alone have three defenders earning more.

John Stones’ relationship status has been a hot topic in recent years. He was in a long-term relationship with Millie Savage, which had run since they were in their teens. Photographs can be found of Stones and Savage together at their prom in 2010.

Rumours of cheating surfaced, however, leading to the break up. Stones has subsequently been in a relationship with beautician Olivia Naylor.

Stones and Savage had a daughter together, and their private life has widely been covered in the tabloid press. Naylor and Stones, as of reports in March 2021, are living together in Prestbury, a small village in Cheshire.

John Stones is 27 years old. He celebrates his birthday on May 28th.

Like a lot of players who become a household name at a young age, it’s easy to imagine Stones is towards the end of his career. That’s certainly not the case, however, even though it’s now seven years since he made his England debut.

Central defenders usually hit their prime in their late-twenties or early-thirties. Manchester City fans will certainly be hoping that’s the case with Stones, who could be partnering Ruben Dias at the heart of the defence for many seasons to come.

On the international stage, the future is bright for Gareth Southgate’s young England squad. Stones is one of the senior citizens ahead of Euro 2020, but he’s got a few more tournaments left in him yet.

John Stones has four different cards on FIFA 21. He’s not one of the best rated defenders on the game, despite his great recent form.

Stones is a factor in Euro 2020 predictions as he will be starting for England throughout the tournament, but his base card is just 80 rated.

On top of that, though, Ultimate Team players can acquire three other versions of Stones. There are in form cards at 83 and 85 respectively. The best of the bunch is an 86 rated moments card, which has 77 pace, 84 physical and 88 defending.

John Stones got the full meme treatment when a clip of him dancing after a Manchester City title win hit the internet. Videos of Stones dancing are frequently popping up on Twitter.

It’s not just the Manchester City colours that get Stones busting a move, though, as the video below shows Stones entertaining the England squad during a training session.

Playing for Manchester City has provided Stones with plenty of opportunities to celebrate. England fans will be hoping to see some Stones dance moves this summer.

Posting at @johnstonesofficial, the Manchester City defender is nearing one million followers on the social media platform.

Given all the eyes that will be on the Euro 2020 TV schedule this summer, Stones is bound to see a major increase in his Instagram following in the coming months.

Stones isn’t the most active on Insta, with under 200 posts as of May 2021. There are a lot of in-action images from matches, and given Manchester City’s recent successes, plenty of trophy-holding snaps.

The Barnsley-born central defender doesn’t have a Twitter account. For City and England fans, Instagram is their best chance to get an insight into his life.