Chelsea vs Liverpool is one of the top fixtures in English football. How do Liverpool vs Chelsea head to head records match up? We look at the LFC vs CFC rivalry... 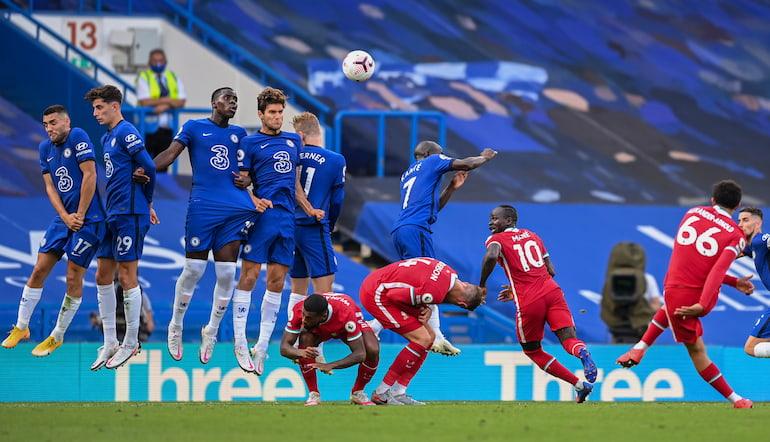 Two of the biggest clubs in European football, Liverpool and Chelsea have enjoyed plenty of success over the years – both domestically and across the continent.

Historically, Liverpool are the bigger club but Chelsea’s meteoric rise to power in the Roman Abramovich era has seen the Blues cement their status amongst Europe’s elite.

While Manchester United and Everton remain the first fixtures that Liverpool fans look for at the start of the season, the Chelsea vs Liverpool rivalry has intensified since 2005.

Now, the Liverpool vs Chelsea 2021 fixtures are likely to be viewed as crucial in the Premier League title race and it could be one of the games of the entire campaign.

Without further ado, it’s time to look at the history of Chelsea vs Liverpool, with LFC vs CFC head to head statistics taking centre stage for football betting fans.

The Liverpool vs Chelsea rivalry intensified during the mid-2000s after Roman Abramovich’s takeover of the club allowed the Blues to climb the European football ladder.

Liverpool are the most successful English club in European football history and a fierce rivalry with Chelsea ensued as the two teams frequently matched up in the Champions League.

A war of words between Jose Mourinho and Rafael Benitez also contributed to the growing animosity between supporters, with the Portuguese famously shushing Liverpool fans in the League Cup final in 2005.

Chelsea came out on top in Cardiff that day and Mourinho became public enemy number one at Anfield – and this was the beginning of a new, exciting rivalry in English football.

It felt like Chelsea vs Liverpool was a weekly fixture at one point, with the clubs averaging five meetings per season between 2005/06 and 2007/08.

These two giants of English football were drawn together in the Champions League in every campaign between 2004/05 and 2008/09, further fuelling the rivalry.

In recent years, the rivalry has calmed down somewhat but Chelsea vs Liverpool still carries importance – particularly with standout moments like Steven Gerrard’s slip impacting the outcome of the Premier League title.

Liverpool vs Chelsea Head to Head:

The H2H record between Chelsea and Liverpool is relatively close, with the Reds enjoying a slight edge over their rivals.

While there isn’t much to separate the teams in Liverpool vs Chelsea goals statistics, the Reds have won 82 matches while Chelsea have claimed victory on 65 occasions.

However, we see a slightly different story when you break down that record into individual competitions – for example, Chelsea have won seven of their 11 FA Cup meetings with Liverpool.

In addition, five of the 10 European Liverpool vs Chelsea fixtures have ended in a draw. This information is particularly useful for sports betting statistics fans…

Here are some of the most important Chelsea vs Liverpool H2H stats, including wins, goals scored and more…

If you look specifically at the Liverpool vs Chelsea results in the Premier League era, the balance of power shifts slightly in favour of the Blues.

The Liverpool vs Chelsea Premier League H2H record still has the Reds leading with 23 wins but the west London outfit have more or less held their own with 21 victories.

Meanwhile, 14 of the 58 Premier League meetings between Chelsea and Liverpool have ended in a draw – which shows how evenly matched these teams are.

Next Liverpool vs Chelsea match:

According to the latest Premier League fixtures, Liverpool vs Chelsea will take place on Saturday 28th August 2021 at 5:30pm.

With a capacity crowd back at Anfield for the first time in almost two years, this could be a Liverpool vs Chelsea match to remember if everything goes to plan.

Premier League odds will be available on this fixture and other Chelsea vs Liverpool matches ahead of each upcoming meeting.

Next Chelsea vs Liverpool match:

While a time is yet to be confirmed for that clash, another mouth-watering Liverpool vs Chelsea match is the ideal way to bring in the New Year.

By this stage of the season, we should know whether the two clubs are genuine Premier League title contenders or not – and that could add some spice to proceedings.

Who Has Beaten Chelsea The Most?

Liverpool have an excellent record in this fixture, claiming more league wins over Chelsea than any other English club.

Liverpool vs Chelsea hasn’t been the best fixture for the Blues, with the Reds faring better than any other Premier League club against the Stamford Bridge outfit.

In league competition, Liverpool have defeated Chelsea a record 69 times – with Arsenal and Manchester United notching 64 and 63 wins respectively against the Blues.

Furthermore, Liverpool have the best Premier League record against Chelsea with 23 wins over the Blues. It would be fair to state that Liverpool vs Chelsea has been a favourable fixture for the Reds…

Most Chelsea vs Liverpool Appearances

Jamie Carragher has played in Liverpool vs Chelsea more times than anyone else, making 45 appearances for the Reds against the west London outfit.

Liverpool legend Steven Gerrard isn’t far behind though with 40 appearances in this fixture while Frank Lampard and John Terry both featured in 39 Chelsea vs Liverpool matches.

Ian Rush has scored more goals in Chelsea vs Liverpool matches than any other player, with the Reds legend notching an impressive 10 goals in 19 fixtures.

Didier Drogba leads the way for Chelsea with nine goals in 28 appearances against Liverpool – a tally matched by Reds striker Roger Hunt who achieved the feat in just 16 games vs Chelsea.