Which club has the longest Champions League unbeaten run? We look at some of the greatest undefeated streaks in Europe's top club competition. 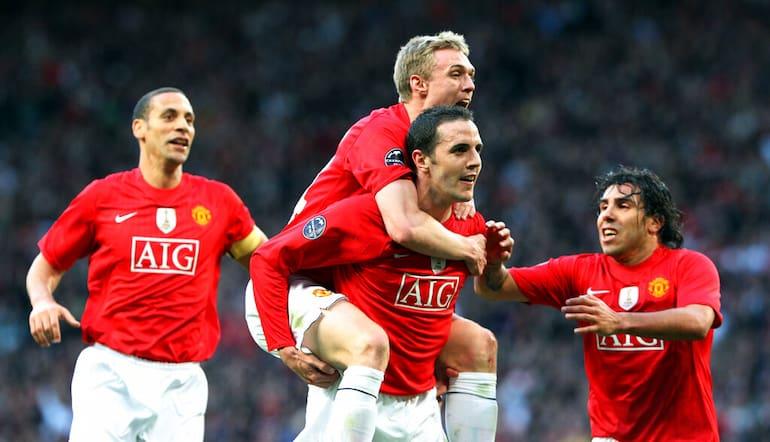 Manchester United have three of the seven longest undefeated stretches in the competition, and only one other English club features on this list. Here are the 10 longest unbeaten streaks in Champions League history.

Winners of the 2021 Champions League, Chelsea have been a persistent contender for Europe’s greatest club honour. Back in 2008, the west London club embarked on a 14-match unbeaten run in the Champions League, which stretched to 2010.

This was the period when Chelsea were arguably at their strongest. They endured several near misses in the competition, including controversies against Barcelona and a final heart break at the hands of Manchester United.

Of course, the Blues went on to defy all Champions League predictions when they lifted the big-eared trophy in 2012.

Including their 2006 win over Arsenal in the final, Barcelona rattled off a run of 15 matches unbeaten in the Champions League.

This was the pre-Pep era for the Catalan club, albeit this wasn’t a team lacking star power.

Ronaldinho and Samuel Eto’o led the way, with the Brazilian scoring seven times in the 2005-06 edition of the competition. This isn’t the Barca team with the greatest legacy, but its success shouldn’t be forgotten.

After witnessing Barcelona dominate the Champions League around the turn of the decade, Real Madrid owned the competition from 2013 through to 2018. Included in that streak was a 15-match undefeated run for Los Blancos.

Of course, Cristiano Ronaldo continued his ascent up the Champions League top scorers list in this spell, too.

Only a loss in the 1999-2000 group stage ended this unbeaten Champions League run for Manchester United.

The dramatic night against Bayern in 1999 is one of the most remarkable matches in the club’s history and helped to secure an unprecedented treble.

After progressing from Group D ahead of Barcelona at the start of 1998-99, the Red Devils saw off Inter and Juventus in the knockout rounds before Teddy Sheringham and Ole Gunnar Solskjaer secured their status as Old Trafford legends in the final.

Not long after their 1998-99 run, Manchester United put together another 16-game unbeaten streak. There was no Champions League win in the midst of this one, however.

In fact, Alex Ferguson’s side had to wait almost another decade before they would appear in the final again.

They fell to eventual runners-up Bayer Leverkusen in the 2001-02 edition of the competition and were knocked out by Real Madrid in the following campaign.

Perhaps the greatest club side we’ve ever seen, Barcelona were perennial betting favourites to win the competition around this period. Lionel Messi was at his peak, and Pep Guardiola’s side were a relentless winning machine.

They picked up 16 points and scored 20 goals in the 2011-12 group stage before hammering Bayer Leverkusen and then Milan.

The winning run, though, was brought to an abrupt end thanks to a Didier Drogba goal and a resolute Chelsea rear-guard in the last four.

Winners of the competition in 2000-01, Bayern Munich built on that success by going unbeaten in both group stages in 2001-02.

They even beat Real Madrid in the first leg of the quarter-final but succumbed to a 2-0 defeat in the second match to end their unbeaten streak and knock them out of the competition.

The 2002-03 Champions League brought the Bavarians crashing back down to earth as they took just two points from six group stage matches.

Champions of Europe in 1995, Ajax are one of 10 clubs to go all the way without suffering defeat.

The run continued long beyond lifting the trophy in 1995, however, with de Godenzonen not losing a match in the competition until the first leg of the 1995-96 semi-final.

A joy to watch with big names galore, this Ajax team didn’t stay together as long as many in Amsterdam would have hoped, but the key players went on to enjoy successful careers all over the continent.

While Bayern’s 2020 Champions League triumph was in unusual circumstances, they still managed to build the joint-second longest unbeaten streak in competition history.

Dominating their group in 2020-21 too, Bayern then made light work of Lazio in the last 16 to add to their run. PSG ended the stretch with a 3-2 win in the first leg of the quarter-final.

Manchester United’s 25 matches unbeaten between September 2007 and May 2009 is the longest unbeaten streak in Champions League history by a comfortable margin.

It featured 10 wins and five draws, one of which was the 2008 final, which Manchester United won on penalties against Chelsea.

They weren’t at their best in the 2008-09 group stage but remained undefeated. Knocking out Inter, Porto and Arsenal, the Red Devils took the run to 25 before suffering a 2-0 defeat at the hands of Barcelona in the final.