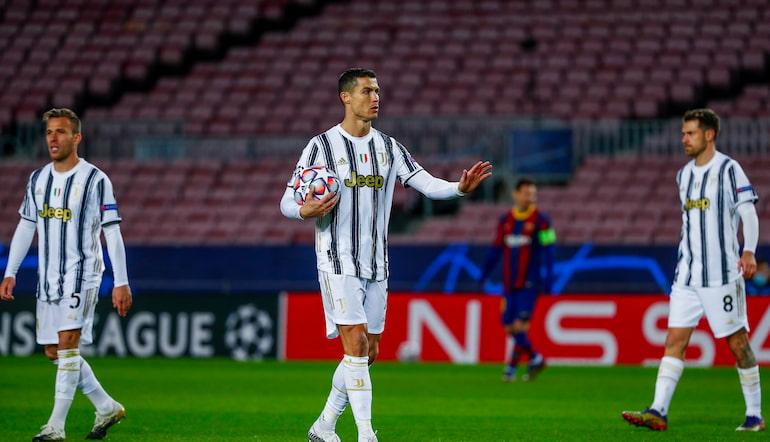 The Champions League top scorers chart is full of legends of the beautiful game, from the likes of Cristiano Ronaldo to Thierry Henry.

Those familiar with football betting odds will recognise all these players, with Ronaldo and Lionel Messi clear at the top of the Champions League all-time top scorers list.

Founded in 1992, younger fans will know all about the current format of the competition but can you name the 10 highest Champions League scorers of all-time?

If not, you’re in the right place. We’ve got you covered with all of the important Champions League top scorers information, including the Golden Boot winner for each season.

So without further ado, let’s get down to it. Ballon d’Or legends Lionel Messi and Cristiano Ronaldo take the top two places but who is the Champions League all-time top scorer?

Two of the greatest footballers of all-time, Ronaldo and Messi are almost 50 goals clear of Robert Lewandowski in the Champions League all-time top scorer standings.

Both men have featured as the bet of the day in Champions League predictions throughout their respective careers and they will go down as legends of the sport.

Ronaldo is the top goal scorer in Champions League history with 134 goals in 176 matches but Messi has the better goals-to-games ratio with 120 goals in 149 appearances.

The greatest player of all-time debate is for another day but Messi and Ronaldo are undoubtedly the most prolific Champions League goal scorers in the competition’s history.

One of the best young football players around, Ansu Fati became the youngest goal scorer in Champions League history when he scored for Barcelona in December 2019.

Fati was just 17 years and 40 days old when he popped up with a late winner against Inter Milan – and that was enough to break the previous record held by Peter Ofori-Quaye.

At the other end of the spectrum, we have Francesco Totti who currently holds the record for the oldest goal scorer in Champions League history.

The AS Roma legend struck against Manchester City days after his 38th birthday, and then extended his own record by netting against CSKA Moscow just two months later.

You have to go back to the 1994/95 Champions League final to find the youngest goal scorer in the competition’s showpiece fixture.

Patrick Kluivert scored the only goal of the game to become the Champions League final’s youngest scorer at just 18 years and 327 days old.

The goal ensured that Ajax came out on top against Serie A giants AC Milan at the Ernst Happel Stadium in Austria, much to the delight of Dutch soccer prediction experts.

Paolo Maldini won’t have fond memories of that night in Istanbul but the AC Milan stalwart wrote his name into the history books as he became the oldest player to score in a Champions League final.

At 36 years and 333 days old, Maldini opened the scoring with just minutes on the clock before Milan’s infamous collapse in the second half. To this day, it is one of the greatest Champions League finals.