How much is Michael Owen worth? A popular football pundit, Michael Owen net worth figures are the topic of debate amongst football fans 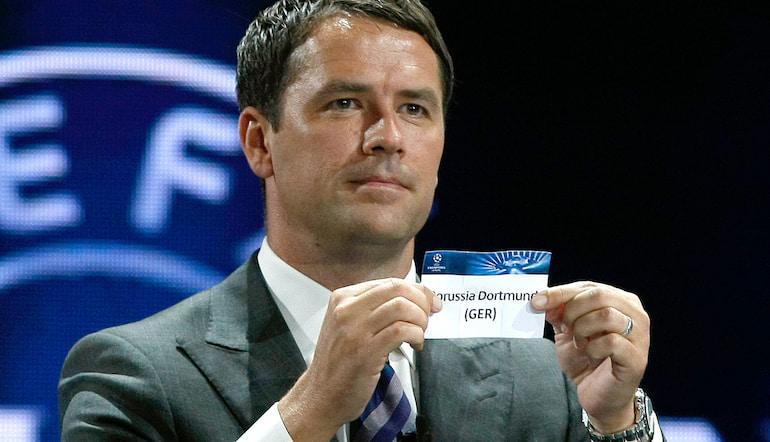 Not many players burst onto the scene like Michael Owen. Long before his net worth was even a topic of conversation, Owen was a football betting sensation.

He surged with Liverpool, gave England fans hope, and became one of the hottest properties in world football.

Owen was one of those players who could sway a soccer prediction. His searing pace and clinical finishing resulted in acclaim worldwide. He was on course to become one of the greatest English footballers.

Injuries unfortunately derailed his journey to greatness. Owen’s CV is still a spectacular read, however, featuring stints at several of Europe’s biggest clubs and starring for England at international tournaments.

Here’s a quick run through of everything you need to know about the football star turned pundit.

According to The Richest, Michael Owen has a net worth of approximately $50 million. A young star as a footballer, Owen was quickly one of the highest-paid players in the Premiership (as it was called then).

Following the Golden Boot, Liverpool handed Owen a contract worth several million per season in 1997. As the individual awards flowed, the Reds boosted Owen’s salary in 2001 with a major pay rise.

Also, the owner of Manor House Stables and Michael Owen Management, the ex-England international has various projects that take up his time since he retired.

Since 2014, he has been a pundit for BT Sport too. Owen’s net worth is unlikely to soar any time soon, but the early years of his football career made sure he was set for life.

Still only a teenager in 1997/98, Owen scored 18 times in the English top flight, earning the Premier League Golden Boot and the PFA Young Player of the Year.

Michael Owen is married to Louise Bonsall. The couple met at primary school and tied the knot in 2005.

They have four children together. The eldest of which is Gemma Rose, born in 2003, followed by James Michael and Emily May. The youngest, born in 2010, is Jessica.

Since 2001, the family has lived in a mansion in north Wales, worth an estimated £4 million.

Michael Owen won the Ballon d’Or in 2001, pipping Real Madrid star Raul to the award. Owen is the most recent English player to win the top individual prize in men’s football, and he ended a long drought for English players.

Only three other English players have held the famous trophy aloft. Stanley Matthews won the first ever award, Bobby Charlton was the top vote-getter when England won the World Cup in 1966, and Kevin Keegan went back-to-back in 1978 and 1979.

Since Owen won the Ballon d’Or, only two English players have finished in the top three in the voting (Frank Lampard and Steven Gerrard, both in 2005).

Owen is the second-youngest winner in Ballon d’Or history, having won it just days after his 22nd birthday.

Michael Owen’s career in commentary has led to some amusing quotes. Often turned into a meme, Owen is one of the most famous football pundits on British television.

He first started working for BT Sport back in 2014 and has often featured in the studio alongside other former England stars including Rio Ferdinand and Joe Cole.

Throughout his career in football commentary, there have been some memorable moments. Here are some of the top Michael Owen quotes:

Michael Owen retired in 2013, but he’s still a prominent figure on FIFA 21. The game’s Ultimate Team mode has introduced ‘icons’ in recent years, and Owen features alongside other all-time greats including Pele, Diego Maradona and Ronaldo.

Naturally, all four of Owen’s cards are electrically quick. The ‘moments’ icon has a 92 overall rating, four higher than the ‘mid’ icon.

The ‘baby’ Owen is rated at an 86 and is unsurprisingly the cheapest option of the group. The ‘prime’ Owen card on FIFA 21 is 91 rated. He has 90 pace and 94 finishing, reflecting the goal scoring machine that peak Owen was.