Most Assists In Premier League History: Who Leads The PL Assist Chart?

Which player has recorded the most Premier League assists in the top flight? We look at the 10 footballers with the most EPL assists... 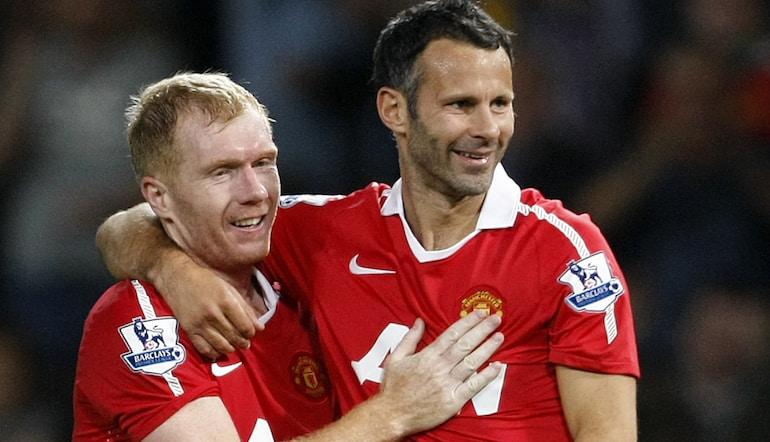 In December 2013, Chelsea boss Jose Mourinho called a 22-year-old Kevin De Bruyne into his office and proceeded to read out some unflattering stats. ‘One assist. Zero goals. 10 recoveries’. It’s easy to imagine the withering look that followed.

Just one month later the Belgian midfielder was sold to Wolfsburg whereupon he tore apart the Bundesliga before heading to the Premier League to do likewise.

Having orchestrated three league titles for Manchester City, De Bruyne is surely destined to smash the hundred assists landmark before his time is through while the latest football odds strongly tip City to finish as champions again.

His 0.44 assists per game ratio – as of March 2021 – is better than anyone else on this list. This fact presumably keeps Jose up at night.

Beckham’s trademark deliveries from the right played a key part in the enormous success Manchester United enjoyed under Sir Alex Ferguson throughout the nineties and beyond.

Whether pinged unerringly into the path of an advancing striker or whipped across the ‘corridor of uncertainty’, Beckham’s crosses were always struck with pace while their outward arc made them almost impossible to defend against.

After winning six Premier League titles with United, the player nicknamed ‘Goldenballs’ excelled at Real Madrid, Milan and PSG but its at Old Trafford where his legacy will forever shine brightest.

Known for his versatility and consistency, Milner may not immediately spring to mind when the Premier League’s best playmakers are conjured up.

After all, the Liverpool veteran is admired as much for his graft as his craft, a player who always gives his all.

Yet two decades of scampering down either flank for five leading top-flight clubs has inevitably led to Milner carving out a multitude of chances while it shouldn’t be forgotten that for Leeds and later for Aston Villa, he was often employed in a central role, with creativity his sole remit.

The latest betting suggests Liverpool may struggle this season to replicate their title success in 2020. It would take a brave man to bet against Milner however adding to his assist haul.

Liverpool’s long-time leader and captain is more than deserving of his legendary status despite never attaining a league crown for his hometown club and most Premier League predictions for this coming season unfortunately forecast the Reds to miss out again.

That one omission from an otherwise glittering C.V. though pales to his other achievements, that include an unforgettable night in Istanbul as Gerrard inspired his side to an unlikely comeback to win the Champions League.

On domestic duties he scored 55 goals for the Reds while the variety of his chance-creating greatly impresses. Among his number are long-range through-balls that astound.

Some doubt accompanied Silva’s arrival in England. Was the Spanish magician too slight to cope with the physical demands of the Premier League? Was he too delicate?

In the event, the player known as ‘Merlin’ bent the English game to his will, bewitching and bewildering opponents with his exquisite touch, vision and magnetic control.

Across ten trophy-laden seasons for Manchester City, the artful schemer ran the show on a weekly basis and did so in a manner that even had rival supporters purring in appreciation.

The non-flying Dutchman was named after Denis Law, a favourite player of his father who defined himself by scoring an abundance of goals.

How ironic then that Bergkamp would become a famous forward himself but admired worldwide for his creation of them.

Like Silva, Bergkamp’s high volume of assists is almost by-the-by, because what is most striking is how picturesque each was, a collection of masterpieces that helped Arsenal win three league titles and four FA Cups as Arsene Wenger’s stylish side revolutionised the domestic game.

If Wenger was the architect of football as we know it in the Premier League era, then Bergkamp was his chief engineer.

Lampard’s scoring stats for a midfielder is staggering with the Chelsea legend firing home 177 from 609 top-flight appearances. Only four other players can top that, all of them predatory strikers who only truly came alive inside the six-yard box.

That Lampard is in their illustrious company despite so many of his goals deriving from late runs or being scored from distance is a remarkable feat worthy of the very highest acclaim, yet he was also an elite practitioner of the assist too.

For 13 seasons in West London, the England international served up chances galore on a platter for some of the world’s most feared and prolific strikers, all of whom he outscored for good measure.

Premier League betting has Manchester United a distant fourth favourite to win the title this season. Their odds would be an awful lot shorter however if they still had Rooney rampaging and brilliant, propelling their attack.

From a debut hat-trick, aged just 18 to a captain’s performance in his final appearance for the Reds 13 years later, Rooney was a ferocious presence up front, a player who thrived on the adventurous football demanded by Sir Alex Ferguson.

A free-kick against Stoke in his farewell season made Rooney the club’s record goal-scorer, but among the mass of goals there were also a hundred-plus assists to his name as United dominated the Premier League for nearly a generation.

In 2010, Fabregas assisted Xavi Iniesta, as the Barcelona ace scored arguably the most important goal in Spain’s history to win the World Cup for La Roja.

The Arsenal playmaker then returned to the Emirates to quietly continue feeding his forwards with gilt-edged opportunities, his vision and range of passing unparalleled.

It is no surprise that the former Gunner, who later played a pivotal role in Chelsea winning two league titles, is included on this list.

How high up he is though may raise an eyebrow or two. It shouldn’t. From arrival to departure, Fabregas was a class act.

In March 2013, Giggs made his 1000th competitive appearance for Manchester United, still electrifying the left-wing despite being one of the oldest Premier League players of all time.

The landmark came a full 22 years after a fresh-faced talent made his professional debut at Old Trafford, a year before the Premier League was even formed.

In between those two events the Welsh wonder routinely terrorised full-backs, blessed with a rare combination of gifts that combined lightning pace, excellent close control and an astute footballing brain.

It’s no coincidence that Andy Cole, Ole Gunner Solskjaer and Ruud Van Nistelrooy, to name just three United forwards, accrued remarkable scoring figures playing alongside Giggs and to be so far ahead of his nearest rival unquestionably makes him the top-flight’s assist king.