Most Penalties In Premier League History - Who Has Scored The Most PL Spot-Kicks?

Who has scored the most Premier League penalties? We look at the history of PL penalty kicks - including player records & team statistics 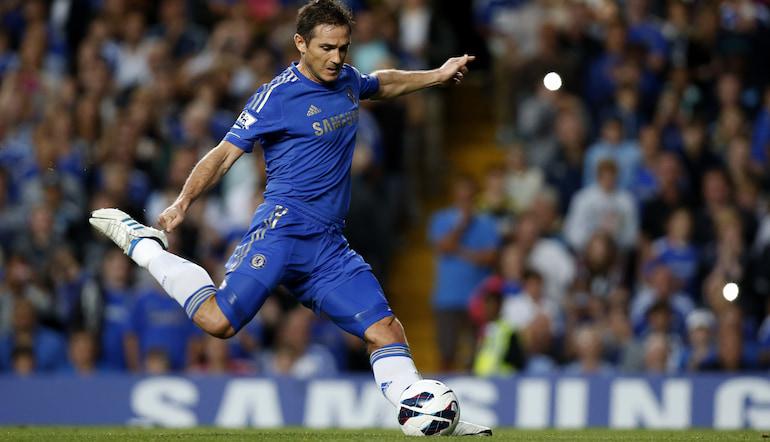 Twelve yards. One player. One ball. One goalkeeper. Penalties are high drama; a play within a play, and certain footballers and certain clubs excel at them.

Where does your side or favourite star rank in this pressurised situation that demands nerve and accuracy? Here are the Premier League’s all-time spot-kick kings.

Most Penalties In A Premier League Match

On two occasions in the Premier League era a game has descended into such anarchy that four penalties have been awarded.

The first was a crazy eight-goal thriller between relegation-scrappers Derby County and Bradford City in 1999/00 that saw Dean Windass score a first-half hat-trick for the Bantams amidst a flurry of goals and chances that saw the visitors 4-3 up at the break.

Though the second period was a touch more serene, a second spot-kick for Derby’s Craig Burley brought the sides level before the same player missed from 12 yards late-on.

Fourteen years later Tottenham headed to the Etihad to face champions Manchester City and were well and truly Aguero-ed.

The prolific Argentine scored all four goals for the hosts while also fluffing his third penalty of the afternoon, perhaps out of pity. Spurs capped off a miserable outing by also missing from the spot as referee Jon Moss went on a pointing spree.

Most Penalties Scored In A PL Career

To put Lampard’s penalty haul into context, his final tally of 32 exceeds the total number of goals scored by another long-standing attacking midfielder of the top-flight, Adam Lallana.

It is the same figure as two other Premier League midfield mainstays Lee Carsley and Joe Allen managed combined; from open play; from anywhere.

The Chelsea legend matched them both, just from the spot. Between them, Carsley and Allen made 481 Premier League appearances.

A cynic might say that any player who is the principal penalty-taker for a highly successful side across 13 seasons will inevitably rack up impressive stats from 12 yards out.

Those cynics overlook the ice cool veins, consistent accuracy, and in-play intelligence needed to be the very best penalty practitioner around. They overlook too, Lampard’s 145 other goals from elsewhere.

Our Premier League odds for Chelsea to win their sixth title this term are generous. They would be a lot shorter if ‘Lamps’ was still around.

Who Has Saved The Most Penalties?

During the Seventies and Eighties, certain keepers had reputations for being spot-kick specialists. Think Bruce Grobbelaar and his ‘wobbly legs’ routine while Dave Beasant and Mark Crossley were so often the scourge of penalty takers.

In modern times this is less a consideration as technology and preparation have lessened the ‘edge’ one stopper may have over another yet still there are some number ones who seemingly have an uncanny knack at anticipating placement.

Heurelho Gomez may be a surprise name at the top of this list, the Brazilian having accrued an unwelcome reputation for being a specialist for mishap during his time at Tottenham.

A successful period of rehabilitation at Watford followed and nine top-flight penalty saves is indisputable proof of Gomez’s class.

Simon Mignolet is another much-maligned stopper, from a troublesome spell at Liverpool but few are better when it comes to facing down an opponent from 12 yards.

Joe Hart meanwhile deserves special mention. To date, in a long and fluctuating career, the former Manchester City keeper has saved a remarkable 29% of the pens he’s faced across all competitions. Beasant or Crossley would be proud of that.

Premier League Team Awarded Most Penalties In A Season

The introduction of VAR has resulted in an increasing number of penalties being awarded and this partly explains Manchester United and Leicester’s significant gains these past couple of seasons. Only partly though.

United’s 14 spot-kicks in 2019/20 received a lot of attention, especially as the champions that year Liverpool were only granted five, one above the seasonal average.

Manchester City meanwhile scored the most goals and put together the most attacks yet still received three fewer than their neighbour.

As for the Foxes, is it too mischievous to suggest there may be a link between their two entries and having Jamie Vardy lead their attack, a striker who can ‘win’ a spot-kick like no other.

Certainly, when the astute goal-machine is in the mood it makes sense to head to our in play betting market and back the possibility of a Leicester pen.

Club With Most PL Penalties In Last Decade

All things being equal, a Premier League side should expect to be awarded four penalty kicks per season.

That is the mean average going right back to 1992 and it naturally follows that over the course of a decade 40 pens – or thereabouts – should be the norm.

In recent times Manchester City have nearly doubled that total though this is hardly shocking given their ten years of dominance at the top accompanied by relentless attacking fare served up by Pep Guardiola.

It’s why the Blues are so often favourites in the football betting market.

Manchester United meanwhile may have endured a sustained dip post-Alex Ferguson but have always adhered to the ‘United Way’ that demands adventure.

As for Liverpool, the only surprise is they don’t rank higher, after several years of unleashing Mane, Salah and Firmino into penalty areas.

Quite where Crystal Palace fits into this is anyone’s guess. Answers on a postcard please.

Two names spring to mind when ultra-reliable penalty kings are celebrated. By sheer coincidence both have connections to Southampton though each had very different techniques.

Matt Le Tissier was unquestionably the grand-master of spot-kicks, only ever missing one, to Mark Crossley (who, by his own admission, has dined out on the achievement ever since). His method relied on precision, executed in typically laid-back fashion.

Alan Shearer, by way of contrast, went for power, and it’s easy to imagine one of his efforts, drilled hard and wide of the keeper, into the far corner.

Yet surprisingly, the former Saints, Blackburn and Newcastle great, does not make this list for accuracy, losing out to a full-back and a workaholic midfielder to boot.

Still, with Alan Shearer net worth figures as they are, there are financial compensations to help him get over the disappointment.

Bruno Fernandes’ consistency from 12 yards is worthy of merit. The Portuguese magician is already hard on Le Tissier’s silky heels just 18 months into his Premier League tenure though just one misplaced pen will surely see him tumble from the reckoning.