Who is the best NBA mascot in basketball? Our NBA expert picks his way through the NBA mascots... 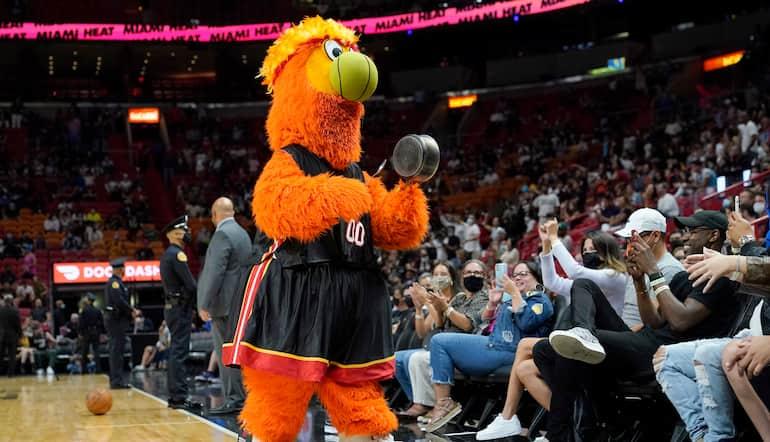 Home advantage is important when weighing up NBA odds. There are plenty of factors that impact homecourt from travel time to altitude.

A particularly raucous crowd can be significant too, and NBA mascots are charged with getting the home crowd going. We’ve ranked all of the NBA mascots in 2021-22…

Meant to be a symbol of the Clippers’ resurgence under Steve Ballmer, this Condor brings a bit of colour to Clippers home games.

There are bonus points for having two mascots here. G-Man is a large blue man, and G-Wiz is a whopping bright blue bird-type thing.

Albeit random and colourful, these aren’t our favourites.

Recognisable, although not always for the right reasons. Burnie has got the Miami Heat in trouble with the law on multiple occasions.

Going viral a few times keeps Portland’s mascot off the bottom of this list.

Once again, we’ve got two mascots.

Moondog appeared on the scene in the early 2000s and was joined by the pirate Sir CC in 2010. Entertaining enough.

The original would be dead last, because that thing was straight out of a house of horrors.

The new look leads to fewer nightmares, which is nice. 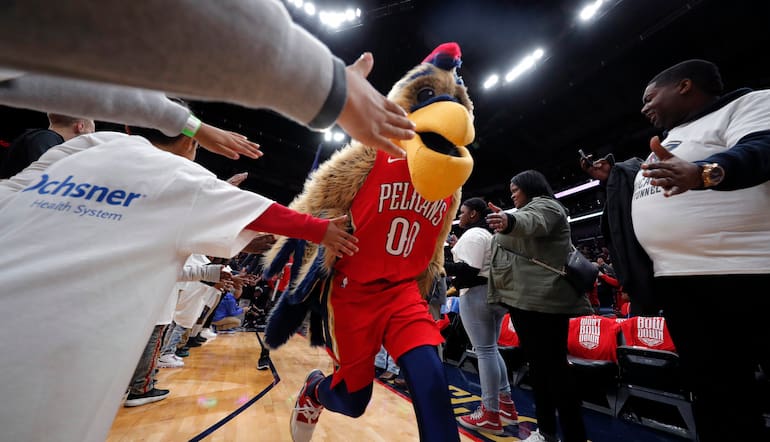 Named Mascot of the Year in his first season in Oklahoma City, Rumble might win the award for being the hairiest of the mascots in the NBA.

Any followers of online betting will know OKC are going through a rough few years. They need every bit of extra entertainment they can get.

We like getting good value for our money with two mascots – the Dallas Mavericks provide just that with MavsMan and Champ.

Dallas was the victors in one of the best NBA draft classes in 2018. Mavs fans will hope to see Champ and MavsMan cheering on Luka Doncic for the next decade-plus.

Not many crowds adore their mascot as much as Philly and Franklin.

One of the newer faces on the scene, Franklin is active throughout Sixers home games at Wells Fargo Center.

Minnesota fittingly has a Wolf mascot.

Crunch is one of the more devious on the mascot circuit, and infamously injured Karl-Anthony Towns’ father a few years ago.

Making his debut in the 1980s, there are extra points on offer for longevity.

Harry The Hawk isn’t as athletically gifted as many of his NBA peers, but he’s seen plenty from the days of Dominique Wilkins through to Trae Young.

Another who first appeared in the 80s, San Antonio’s Coyote has made it to the Hall and twice won Mascot of the Year.

The green eyes are a bit freaky, but we admire his dancing.

We can get the link between lions and kings, and Slamson is widely adored in north California.

He’s high energy and does well to excite the Sacramento crowd through their painful postseason drought.

Mascots who dunk are a thumbs up from us.

Hooper joins the Detroit Pistons Flight Crew at half-time to hop on the trampolines for some slams and flips.

We had to give some respect to a Hall of Famer.

Jazz Bear isn’t the most recognisable of NBA mascots, but with three Mascot of the Year awards are various wear and tear throughout his career, Utah’s crowd-pleaser needed to break into the top half.

An acknowledgement of the team’s Irish heritage, Lucky was at the centre of controversy when Kyrie Irving stepped on his logo in 2021.

While Lucky has been associated with the organisation for half a century, he only became an official mascot in 2003.

One of the first three mascots inducted to the Hall of Fame, GO the Gorilla even has his own endorsement deal.

His slapstick routines still liven up the crowd 40 years after his debut.

Appearing for other teams in Denver and featuring at All-Star games, Rocky the Mountain Lion is one of the most hard-working mascots in the country.

Don’t be surprised to see Rocky interacting with the players as you check in on the latest Nuggets basketball betting event. 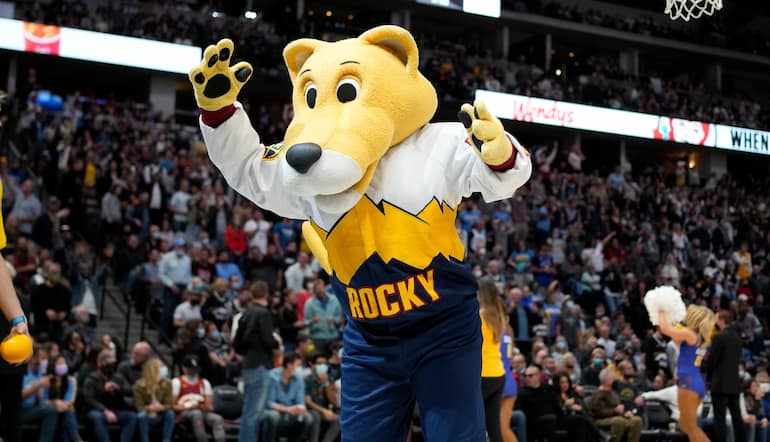 Yes, we’ve got a mascot with a link to the team’s name. Perhaps it’s being pedantic to want such coordination, but it’s one of our criteria here.

Grizz is a bear (as you might expect), and one of the leaders of the NBA mascot community, having first appeared on the scene when the Grizzlies were based in Vancouver in the nineties.

Memphis is an up-and-coming team in NBA predictions – we’re bound to see plenty of Grizz in the postseason throughout the 2020s.

First of all – that’s a great name. Bango is one of the more adventurous mascots in the league and isn’t afraid to interact with the players.

Brook Lopez and Bango have developed a strong relationship over the last few seasons.

Unquestionably one of the best designed mascots in the Association, Hugo the Hornet looks exactly how you’d expect Charlotte’s mascot to look.

The style points earn a strong placing in our rankings.

The name alone warrants a strong placing. Houston was named ‘Clutch City’ after their first title in the mid-nineties, and Clutch was introduced in 1995.

He’s a Hall of Famer and three-time Mascot of the Year.

No, not that type of ‘boomer’.

Indiana’s mascot is a Hall of Famer, a showtime dunker and flamboyant dancer. Having been around since the nineties, Boomer has history on his side to earn a high ranking here.

Another of our Hall of Famers and a former Mascot of the Year, Benny The Bull is a star in their own right.

There’s often popcorn flying across the arena. Sometimes there are flips and dunks.

Wherever he is, it’s worth keeping an eye on Benny, because he’s bound to find a way to entertain himself and others, even if it involves dancing to Beyonce in front of Jay-Z.

One of the best mascots in all of sport, you can’t miss Orlando’s enormous, green good luck charm. He’s elegantly named Stuff The Magic Dragon.

Twice winner of the NBA’s Mascot of the Year, Stuff was a lock to make the top five with us.

Some find Toronto’s Raptor annoying; others find him entertaining, and maybe even lovable. One thing’s for sure: The Raptor is one of the best mascots in the NBA.

Whether he’s dancing with the cheerleaders or provoking opposition players, The Raptor adds to the game night experience north of the border.