How much is Neil Robertson worth? We look at the Australian snooker legend's career earnings, estimated wealth and life away from the snooker table... 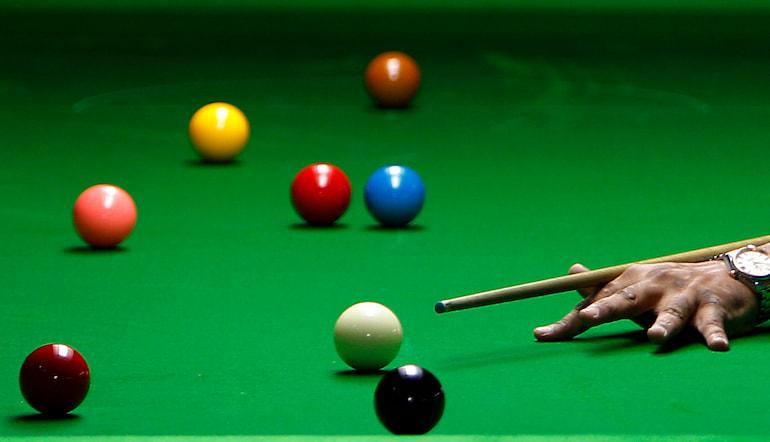 One of the most established snooker betting names of the 21st century, Neil Robertson is the most successful player from outside the United Kingdom in the history of the sport.

Born in Melbourne in 1982, Robertson is the only Australian to have ever won a ranking event, and sits in a select group of players to have completed the Triple Crown.

Robertson can seize a match in moments, swinging the fate of sports betting online. Nicknamed as the The Thunder from Down Under, he is a player neutrals enjoy watching.

How Much Is Neil Robertson Worth?

Neil Robertson’s net worth is estimated to be around £7 million.

Much of this comes from snooker prize money, of course, with Robertson having reached 32 ranking finals (and won 20 of them) since first turning professional at the end of the 1990s.

While he’s clearly made plenty of money throughout his career, Robertson has been outspoken about the financial challenges that come with playing snooker.

“Personally, I think the fees should be scrapped. Worst case, if you win your opening match, you pay the entry fee, but not if you lose it.

"If you are a single guy, you can scrape by. But if you have got a family, snooker is not really a viable career choice."

Robertson is no stranger to living on a tight budget. When he moved to the UK to pursue a career in snooker, he was nowhere near the comfortable position he is now.

Speaking after his World Championship win in 2010, he said, "I just kept persisting. With the help of mum, I came over to Cambridge…and I had to borrow a waistcoat off another Australian player.

"I couldn't afford to buy one but I could probably buy a few more now."

Being one of the biggest names in the sport for such a long period has meant plenty of endorsement deals for the Australian on top of his millions in prize money – his net worth may well increase further in the coming years.

It’s the most lucrative tournament in the sport, and he pocketed £250,000 when he beat Graeme Dott in the 2010 final.

Only six players in the history of the sport have accumulated more prize money than Robertson. All of those players are multiple world champions.

There’s plenty to choose from when it comes to Neil Robertson career highlights.

A world champion and author of multiple 147s, Robertson has been a stalwart at the pinnacle of the sport for over a decade. He’s stuck at the top of the World Snooker rankings, enjoying four different stints as number one.

Becoming world champion is what it’s all about in snooker, though. Robertson did that in 2010, beating Graeme Dott in the final at the Crucible after seeing off Ali Carter and Steve Davis in the previous rounds.

This was only a few years after his real breakthrough. Winning his first ranking title in 2006/07, it was clear Robertson was destined for the top.

Including the World Championship triumph, he won his next five ranking finals and sat at world number one for a few months at the end of 2010.

Robertson followed up his world title with The Masters in 2012, toppling Shaun Murphy in the final. It was only a matter of months before he completed the Triple Crown, winning his first shot at the UK Championship final.

A second UK Championship followed in 2015, which featured yet another moment of history as the Australian became the first player ever to record a 147 in a Triple Crown final.

The ranking titles continue to roll in. He won a third UK Championship in 2020 and celebrated a Tour Championship win as he beat Ronnie O’Sullivan 10-4 in 2021.

Although it’s over a decade since his only win at the Crucible, Robertson remains a scary opponent in the Snooker World Championship draw.

Neil Robertson is married to Mille Fjelldal. The couple met in 2008, and have two children together.

Their first child, Alexander, was born in 2010, and was due while Robertson was playing in the World Championship Final. Alexander wasn’t born until eight days later, however. They had a second child in March 2019, a daughter called Penelope.

Fjelldal is very active on Instagram, posting at the handle @millekath. Back in 2017, Robertson spoke publicly about his partner’s battle with depression.

After over a decade together, the couple finally got married in August 2021.

Where Does Neil Robertson Live?

Neil Robertson lives in Cambridge. Born and raised in Melbourne and attending school in Victoria, Robertson has been residing in the UK for a long time.

While he’s now based at WT's Snooker and Sporting Club, the Aussie used to play at Willie Thorne’s snooker club in Leicester.

Despite living a healthy commute from west London, Robertson is a committed supporter of Chelsea and a good friend of former Blues skipper John Terry.