Snooker World Rankings - Who Are The Top 10 Snooker Players?

Find the latest snooker world rankings here at 888sport - check out the list of the best snooker players in the world! 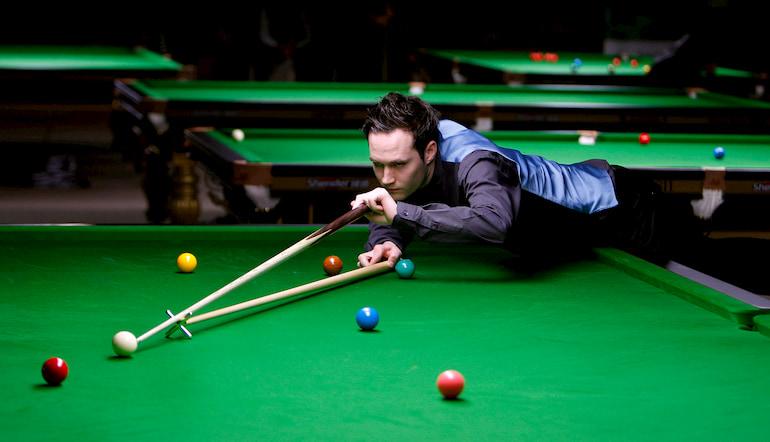 The Snooker World Rankings are a means to evaluate who the best players in the world are at a given moment.

These do not necessarily correlate with snooker betting odds – they are a marker of recent performance rather than a judgement of who would be favoured in a specific matchup.

These rankings are used to determine seeding and qualification for tournaments on the World Snooker Tour. The World Professional Billiards and Snooker Association oversee the rankings.

Getting the most snooker prize money might be the aim for some, but the pinnacle (outside of lifting a trophy) is to reach the status of number one player in the world.

Snooker world rankings were introduced for the 1976-77 season. Prior to the rankings, seeding for tournaments was much more straight forward.

The winner and runner-up of the World Championship were awarded the one and two seed for the following season’s competition.

This became an insufficient system in the 1970s. More players and more tournaments created further variables and required a more complex means to seed players.

It began as an overly simplistic judgement on a player’s last three World Championship efforts, but this soon evolved through necessity.

By the early 1980s, other tournaments became relevant to a player’s world ranking. This started with the Professional Players Tournament and International Open before the Classic carried ranking points in 1983.

The UK Championship and British Open achieved ranking status ahead of the 1984-85 campaign.

This new system was only revised after the World Championship each year, and only took into account the performances in the last two seasons.

What started being used in the 80s was pretty much maintained until 2009. Updates became more frequent at this point to give a greater indication of form rather than an annual outlook.

How Are The Snooker World Rankings Calculated?

Up until 2014-15, the snooker world rankings were calculated using a points-based system. This evolved over the decades, having initially started as allocating points depending on where a player finished in the tournament.

As snooker grew in popularity and the number of players competing in ranking events grew, they had to devise various tiebreakers using frame and merit points.

When more events became recognised under the ranking system, there was more variation in the number of ranking points on offer.

It all changed in 2014-15. The ranking point system was replaced by a prize money list. Prize money earnings in ranking events contribute to a players ranking – this is how rankings have been worked out since 2014.

Not all prize money counts towards the rankings, however. Prize money won at invitational events like the Champion of Champions is not relevant to the rankings. The same goes for high break and maximum break prizes.

The Coral series events and Shoot Out first round losers’ prize money does not impact the rankings, and seeded losers at major tournaments (including the World Championship) fall into the same category.

Since rolling rankings were introduced for 2010-11, players can fall down the rankings despite a strong performance. Covering a two-year time span, a player could fall in the rankings if they are runner-up at an event that they won two years ago.

Ronnie O’Sullivan won his sixth World Championship in 2020, but the Wordsley-born phenomenon hasn’t topped the world rankings this year.

He’s enjoyed four separate stints as world number one, the most recent coming between March and August of 2019. Judd Trump, the 2019 world champion, has appeared in eight ranking finals in 2020, winning six of them.

Defeat to Neil Robertson at the UK Championship was a disappointment for Trump, but he will have taken some consolation by winning the World Grand Prix for a third time.

2010 world champion Robertson sits number two in the world after five ranking finals appearances in 2020 and three wins. The Australian has registered five of his 19 career ranking event wins in the last two years.

As of 1st November 2021, these are the top 16 players in world snooker rankings based on total snooker prize money won over the qualifying period.

A quick look at Ronnie O’Sullivan net worth will show he’s the wealthiest snooker player around and the Rocket remains among the best players in the world.

O’Sullivan, regardless of form, is usually the favourite to win any major tournament.

Mark Selby is always there or thereabouts, though the Jester from Leicester has suffered some high-profile disappointments of late, losing in the semi-final of the World Championship and the quarters of the 2020 UK Championship.

Selby is still searching for the form that saw him become world champion three times in four seasons.

As the rankings show, everyone’s playing catch up with Judd Trump at the moment. Trump and Robertson have led the way over the last couple of seasons.

The pair met in three ranking finals in 2020 – they will be going head-to-head frequently over the next couple seasons.

Veterans like Mark Williams, John Higgins and Shaun Murphy are still very competitive, though all three have been passed in the rankings by 28-year-old Kyren Wilson.

Wilson made four ranking finals in 2020 and enjoyed a breakthrough 2019-20 campaign, capped off by a run to the World Championship final.