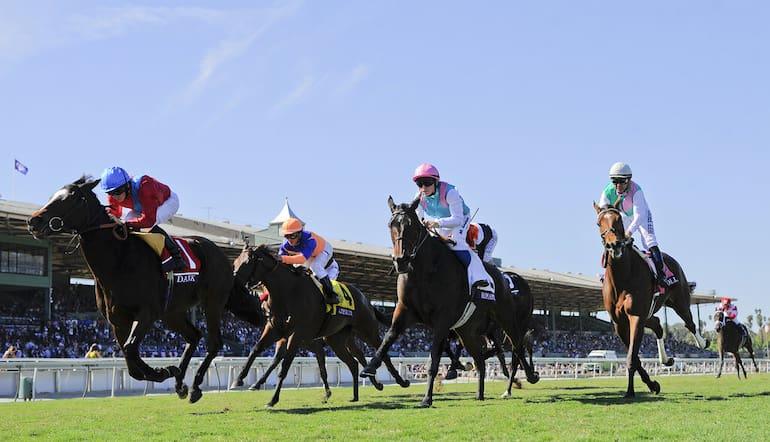 Staged on the Sunday of the Guineas weekend, the fillies’ 1000 Guineas is regarded as a very prestigious race.

Like the 2000 Guineas, it is also one of only five British classic races and the first fillies’ classic race of the season.

Named after the prize purse when the race was first run in 1814, the 1000 Guineas is also run over Newmarket’s Rowley Mile.

A tough test for the fillies, the last two furlongs of the Rowley Mile always sorts out the champions from the also-rans.

The rarely attempted fillies’ Triple Crown (Guineas, Oaks, St Leger) is even harder to win. Only 9 fillies have ever done so – 8 of that 9 were before 1955.

Searching back through all the online horse racing blogs well tell you that the last filly to win it was Oh So Sharp in 1985.

The closest we have been to the Triple was back in 2016, when Aidan O'Brien's top filly Minding, came through the 1,000 Guineas and Epsom Oaks with flying colours.

Unfortunately, she went onto compete in some top Group One affairs against all ages, including taking the Queen Elizabeth II on Champions Day, instead of tackling the stamina-based St Leger.

The thought was that the Leger would just stretch her reserves too much.

The Royals are no strangers to famous race rolls of honour and the 1000 Guineas has gifted them several winners over the years.

The 4th Duke of Grafton was a prolific winning owner in the early 1800s, but up another notch or two from that was the Prince of Wales’ horse, Thais, who was champion in the 1896 contest.

Our current monarch, Queen Elizabeth II joined those that went before her as a successful winning owner when Highclere was first to cross the finish line in 1974.

The top three 1000 Guineas times over the last 20 renewals:

Like many of the other English Classics, the leading trainer in the 1000 Guineas over the last 20 renewals is Aidan O'Brien who has saddled the winner seven times.

Two trainers that are on the 1000 Guineas cold list are Mick Channon, who has sent a total of 18 runners to the Newmarket feature race without registering any wins, whilst John Gosden is an even bigger surprise with his 15 runners without reply.

Currently the ones to avoid in the betting are William Buick who has had a total of 13 rides to the race without a win and Jamie Spencer with 11 unsuccessful mounts.

The first fillies Classic of the season is now served by several trial races, namely the Nell Gwyn Stakes at Newmarket, while the 1000 Guineas itself is a recognised trial for the Oaks at Epsom.

Over the last 20 renewals there have only been a total of four winning favourites in the race and the race often throws up a surprise result.

The biggest priced winner in recent times was Billesdon Brook in 2018 when winning for Richard Hannon at odds of 66/1 and expertly produced on the line by Sean Levey.