With pressure cranking up on Steve Bruce, we look at the next Newcastle manager betting odds to hunt the future Magpies replacement... 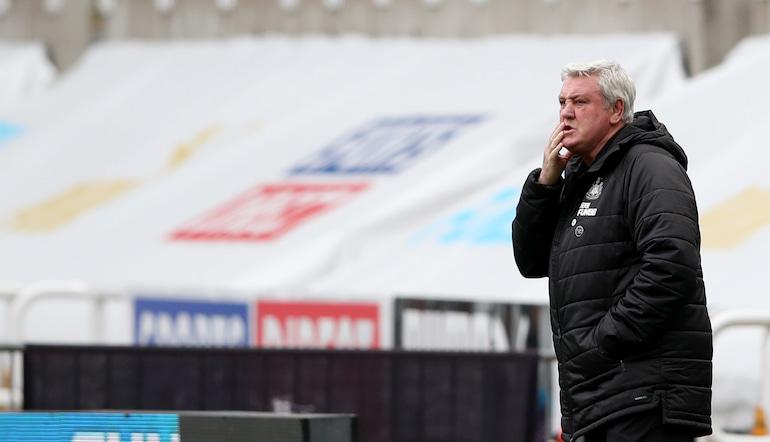 It has not been the most encouraging start for Newcastle United this season and the possibility of a relegation battle looms large, with under-pressure manager Steve Bruce once again handed barely any funds in the transfer market.

Last term, the Magpies finished a lowly 12th with a negative goal difference and though Bruce deserves credit for swimming against the tide, fan unrest is growing fast.

Will club owner Mike Ashley – himself an unpopular figure among the fan-base – look to replace Bruce in the weeks or months ahead?

If so, there will be a raft of football managers out of work applying for the vacancy and this despite Newcastle feeling like a poisoned chalice.

That’s because whoever eventually gets it very right in the North-East will go down in legend.

Born on December 31st 1960, just 16 miles west of Newcastle, Bruce was a highly regarded centre-back who played for Gillingham and Norwich City before becoming a household name at Manchester United.

On retirement, Bruce made the switch to management and has gone on to gaffer ten different clubs, first taking the plunge at Sheffield United in 1998. In the summer of 2019, he took charge at struggling Newcastle, the club he supported as a boy.

Over two decades and 850 games in the dug-out, the affable coach has guided his sides to four promotions and pertinently has only been sacked three times, resigning from all his other posts.

His 1.2 points per game ratio at St James’ Park however, is lower than most of his predecessors and our sports betting markets don’t anticipate that greatly improving anytime soon.

From the club’s founding in 1892 through to 1930, teams were selected by committee and ironically it was during this period when the Magpies experienced the most success, winning four league titles and two FA Cups.

A second – and sadly, last – purple patch was enjoyed in the fifties, with Stan Seymour and Doug Livingstone presiding over further FA Cup glories.

Between 1930 and the present day, Newcastle have had thirty-three official managers at the helm with Chris Hughton returning the best win percentage while Joe Harvey had the reins the longest, in charge for over 13 years up to 1975.

Across their proud history, Newcastle have employed some legendary figures in the dug-out, from World Cup winners Jack Charlton and Ossie Ardiles to Charlie Mitten and Kenny Dalglish.

Some notable names in the modern era include:

The North-East giants have spent 89 seasons in the top-flight, establishing themselves as a marquee name in English football.

Yet while their status is significant, due to the Magpies’ history, size, and loyal support, their trophy cabinet does them a disservice.

The last time they won the league was nearly a hundred years ago with the last meaningful lifted all the way back in 1955.

Granted, the Kevin Keegan era of the nineties was exhilarating and had the club challenging once again at the top but each occasion they fell short.

Our Premier League odds suggest relegation is a far likelier outcome this season than seeing Steve Bruce’s side compete for major honours.

Should Bruce be shepherded to the exit door in the near future - or true to type, find the way of his own volition – then we should not expect the hot-seat to remain vacant for too long.

Already, his assistant coach Graeme Jones is widely being tipped in the football betting markets to step in on a permanent basis and the former Luton Town manager’s popularity with the players is very much in his favour.

Several have publicly praised his tactical acumen since arriving at the club at the start of 2021. Jones also holds an integral coaching position with Team England and is presently the clear favourite to be given the nod.

A factor that perhaps counts against Jones is his lack of experience as the main man and that’s absolutely not a charge that can be levelled at Chris Wilder, who is also in the frame.

After managing sides right through the footballing pyramid, from non-league to the top-flight, Wilder is available after a five-year adventure with Sheffield United turned sour, but what is recalled most from his spell at Bramall Lane is his remarkable steering of an unfancied side to the top half of the Premier League in 2019/20.

The 53-year-old has recently declared that he is ‘dearly missing’ the all-consuming demands of club management and that he is ready to ‘climb the next mountain’. Such words will worry the under-fire Bruce.

Eddie Howe is another in contention and understandably so, after first guiding Bournemouth from the lowest echelons all the way to the promised land of the Premier League, and then keeping them there for five consecutive seasons.

Newcastle have hardly been big spenders of late and a coach who can get a side punching above their weight will hugely appeal.

The same logic can be applied to Sean Dyche, who has consistently performed wonders at Turf Moor, establishing Burnley among the elite.

Our Premier League predictions for 2021/22 place several teams below the Clarets for the drop and should they survive it will be another minor miracle for a manager who may soon crave a bigger stage and different challenge.

Lastly, Mark Hughes is in the reckoning, and though the odds are relatively long on the vastly experienced coach returning to top-flight football after a three-year absence, they should not be discounted.

Having led his country and later Manchester City, Hughes is anything-but-fazed by high expectations and daily pressure.

None of these men will say so out loud, but they will be watching developments closely at Newcastle as the latest drama in the North-East unfolds and whispers grow louder over the imminent future of Steve Bruce.

Football Tips
Football Managers
About the Author
By
Stephen Tudor