Who are the best football managers out of work right now? We look at 10 of the best available soccer coaches in the world of football... 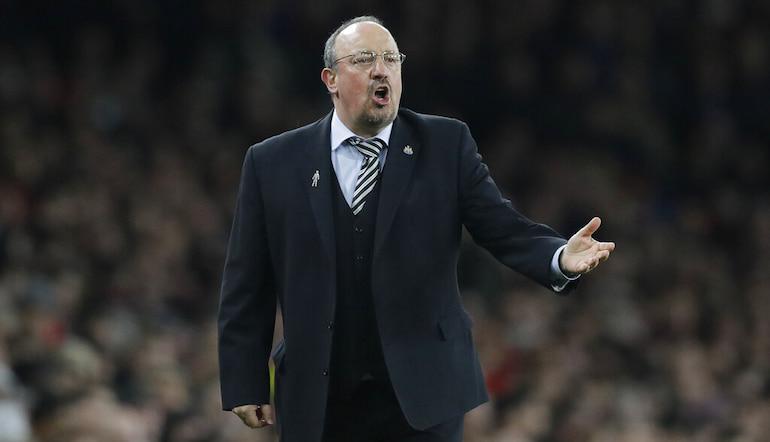 Ste Tudor (@SteTudor123) looks at the best football managers out of work ahead of the 2022/23 season. How many of these will have jobs by the end of the season?

Being a Premier League manager has its perks, but long-term job security is certainly not one of them.

Last season, ten top-flight clubs dispensed with the services of their head coach and remarkably, that means by May exactly half of the league had new faces grimacing from the technical area to the rollcall that began the campaign.

Or is it so remarkable? Regrettably, such a high churn-rate has become the norm these days, with trigger-happy boards acutely aware of how much a shrewd appointment and a change of direction can affect a team’s performances and dramatically tilt the Premier League Odds.

With that in mind therefore, it’s reasonable to expect a number of the present incumbents to no longer be around come the autumn, and while it would be unsavoury to speculate who they might be, identifying their possible replacements is fair game.

These ten are currently twiddling their thumbs, arranging salt and pepper shakers in lieu of a tactics board, and are ready to return to work. Until they’re sacked again, obviously.

The Spaniard’s saving grace from a disastrous stint at Everton is that everyone expected it to go disastrously.

With the Toffees in serious decline and the former Reds boss facing a barrage of flak from his first day in charge, Benitez always had a mountain to climb and though he was hardly without faults, his failure at Goodison can largely be put down to a hopeless mismatch.

Instead, Premier League chairman hoping for fresh impetus will focus on his different kinds of success at Liverpool and Newcastle, with his fine work in the North-East of particular interest to any side skirting the relegation plughole.

On a limited budget and with a limited squad, the highly experienced coach managed consecutive mid-table finishes.

Scorched by his time at Old Trafford, that saw him derided and diminished, the amiable Norwegian is presently taking some time out and considering his options.

Don’t be remotely surprised though if his managerial itch imminently returns and it’s well worth having an online football bet that Ole is in charge of a Premier League team sooner rather than later.

The reason for this is simple and not intended to diminish him further. It’s because for just shy of three years the former striker was manager of Manchester United and that alone carries a great deal of worth regardless of what transpired there.

That is not to suggest either that it was an entirely negative experience. The manner in which Solskjaer initially revitalised the club post-Mourinho will greatly appeal to top-flight chairman of clubs stuck in the mire come the autumn.

By the time you read this, the former midfield maestro may already be at the helm of his second club, after previously scaling impossible heights with Real Madrid, leading them to three Champions League triumphs.

Alternatively, you might have chanced upon this list in an archive several years from now and the exacting Frenchman will still be declining gilt-edged opportunities left, right and centre.

The legendary figure once cited his poor grasp of English to explain why he turned down Manchester United and that suggests one of the greatest players of all time won’t be gracing our touchlines anytime soon.

Yet still, should one of the richest clubs in the world – let’s say, for the sake of cheekiness, Chelsea – make an approach in the near future, and somehow satisfy his every condition, the prospect of Zidane pitting his wits against Pep, Jurgen and co cannot be conclusively ruled out.

The French World Cup-winner’s star may have faded in recent times, but he retains a managerial pedigree many others would envy.

Having won Ligue 1 on four occasions with two clubs – Bordeaux and PSG – and guided France through a major tournament, Blanc was one of the first names on any struggling giant’s wish-list.  That though was way back in 2016.

Ever since, only a brief and unspectacular spell in Qatar has broken up round after round of golf for a man who happily cedes that only the very best offers appeal to him.

Should they not transpire he is happy selecting another kind of club as he lies just off the fairway.

The unique and irrepressible Argentine so nearly took his flat-full of tactical dossiers to Athletic Bilbao this summer until his return to the Basque Country fell through. Until it did, Bielsa made sure to analyse all 380 La Liga games from last term, in preparation.

Such exhausting research is typical of a somewhat eccentric individual who will forever be regarded a deity in the city of Leeds and whose fascinating approach to the game has led to several books being written on his philosophies.

Let’s simplify it then. When things go badly for Bielsa and the club he governs, they tend to go very badly indeed.

When players wholly buy into his demanding ways however, he can utterly and dramatically transform a club for the better. He will not be out of work for long.

A pragmatic 888 soccer prediction is that Spurs will again secure a top four spot this season, further improving under Antonio Conte. It is a prophecy that would have been unimaginable just eight short months ago.

That’s because last November, Tottenham were a broken side, languishing in mid-table and the man responsible for their freefall has been out of commission ever since, his reputation seriously tainted as a consequence.

Which is a great shame because until the former-goalkeeper-turned-shrewd-tactician took the reins in North London his was a career on the rise, winning four Primera Liga titles with Porto and promotion with Wolves, there-after over-achieving in the Midlands for three campaigns.

A good manager doesn’t become a bad one overnight and sometime very soon a Premier League chairman will come to this realisation.

Barcelona always felt like too big a job for the 64-year-old and in August 2020 that comprehensively came to pass when the Catalan behemoths were humiliated 8-2 in a Champions League quarter-final at the hands of Bayern Munich.

Three days later, Setien was out on his ear.

Ever since he has barely been heard of nor linked to anyone of substance, which surprises because prior to his over-promotion at Camp Nou, Setien created an outstanding side at Real Betis, adhering to his Cruyffist principles by having them tiki-taka with the best of them.

Indeed, ironically, the Andalusians were nicknamed ‘Mini Barca’ for a period.

Though in reality he has considerably more strings to his bow than being a mere taskmaster, Dyche is surely destined to become the next ‘Big Sam’, the go-to for any side who have let standards slip, especially at the back.

Across six seasons, until gravity inevitably took hold, he instilled discipline and structure into Burnley, demanding nothing less than 100% from his players as the Clarets maintained a status far greater than their worth on paper.

Should a club beyond the elite struggle in the opening few months of 2022/23 expect to hear his name mentioned a lot.

The same alas cannot be said of Villas-Boas, who doesn’t get mentioned at all anymore.

This is a touch strange given that the Portuguese gaffer – who is widely considered a flop on these shores after disappointing at Chelsea and Spurs - was, by and large, a success at Marseille, after previously resurrecting his standing in the footballing hinterlands of Russia and China.

Does Villas-Boas deserve another opportunity in the Premier League? Taking the Olympians to their first Champions League adventure for seven years suggests so.

It matters too that his departure in France was the result of internal discord rather than any failings on the pitch.

Strictly speaking, at the time of writing, ‘Poch’ remains in charge at PSG, though that is only because the French champions have yet to secure his replacement while the highly-regarded Argentine is holding out for a maximum pay-off.

In due course, he will be available and fancy-free, a situation Manchester United would have dearly loved to have been the case when Ole Gunnar Solskjaer’s tenure was coming to an end.

With Erik ten Hag now in charge and our Premier League predictions tipping better things at Old Trafford that is no longer a concern.

The same however, does not apply to a handful of other leading clubs, who will recall Pochettino’s glory days at Southampton and Spurs when their new season begins with a whimper.

The 50-year-old will be in great demand in the coming months and that is particularly true of an English league that has seen the best of him.

Football Managers
About the Author
By
Stephen Tudor