Think You Know The NFL? Take Our American Football Quiz!

Fancy yourself as an NFL guru? Take our quiz now to test your American Football knowledge! 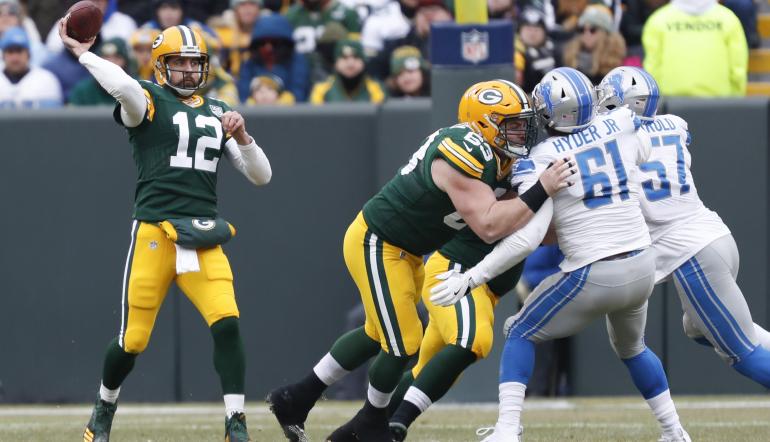 The 2019 NFL season gets underway on Thursday night and fans will be eagerly anticipating an exciting season on the gridiron.

You can find a list of the 10 questions below, with the answers available towards the bottom of the page. Good luck!

Okay, so here are the answers...

Who competed in the first Super Bowl in 1967?

Answer: the Green Bay Packers and the Kansas City Chiefs. The Packers ran out comfortable winners at Memorial Colliseum, Los Angeles after securing a 35-10 victory. That was the first of Green Bay’s four championships in the Super Bowl era.

Which teams have won the most Super Bowls? (2 answers)

Answer: the Pittsburgh Steelers and the New England Patriots. Pittsburgh were the NFL’s dominant force in the 1970s, with four of their Super Bowl triumphs coming in the space of six years.

Meanwhile, the Patriots have enjoyed more recent success – New England have been involved in nine Super Bowl games since Tom Brady was drafted into the NFL in 2001.

Who has played the most NFL games?

Answer: Morten Andersen. Known as the ‘Great Dane’ across the league, Andersen made an incredible 382 NFL appearances in his 25-year career.

Up there with Adam Vinatieri as one of the greatest kickers in NFL history, Andersen sadly missed out on Super Bowl glory but remains one of the all-time legends.

Which team has played the most NFL games?

Answer: the Chicago Bears. According to statistics obtained ahead of the 2019 NFL season, the Bears have played 1,386 NFL games – 34 more than the Green Bay Packers. Chicago are one of just two original franchises from 1920 still playing under the same name.

The most successful NFL head coach is...

Answer: Bill Belichick. With six Super Bowl rings, Belichick is the NFL's greatest head coach. George Halas and Vince Lombardi won five but Belichick’s impact and influence have been central to New England’s success during his time at Gillette Stadium.

How many teams are yet to win the Super Bowl?

Answer: 12. There are 12 teams who have yet to taste Super Bowl glory, with four of those – Cleveland Browns, Detroit Lions, Jacksonville Jaguars, Houston Texans – having never even competed in the NFL’s showpiece event.

Who is the only rookie to win the MVP award?

Answer: Jim Brown. In 1957, Cleveland Browns running back Jim Brown became the first rookie in NFL history to win the MVP award. Brown went on to win the accolade on three separate occasions and he is still the only running back to achieve such a feat.

Which teams have had the most number one draft picks? (2 answers)

Answer: the Indianapolis Colts and Los Angeles Rams. With seven top draft picks apiece, the Colts and the Rams have drafted their fair share of talented rookies.

Andrew Luck, now retired of course, and Jared Goff have been two high-profile number one picks from these teams in recent years.

Which quarterback has the most passing yards in NFL history?

Answer: Drew Brees. The New Orleans Saints legend surpassed Peyton Manning’s record for total passing yards midway through the 2018 season. Ahead of the 2019 campaign, Brees has thrown for 74,437 yards in his NFL career. Without a doubt, he is one of the best ever NFL quarterbacks.

What is the biggest NFL stadium?