NHL Mascots | Looking At Every Ice Hockey Mascot In The NHL

There are 31 NHL mascots across the league but which franchise is NOT represented by one? We look at every National Hockey League mascot... 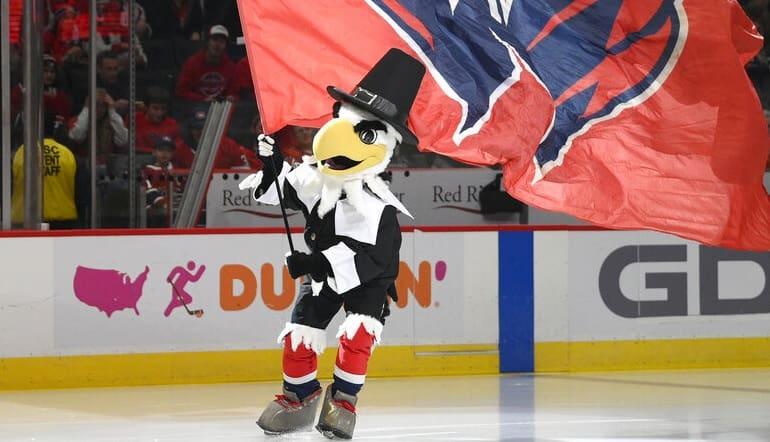 Mascots are a crucial part of the gameday experience in any sport and that is no different when it comes to ice hockey.

In fact, mascots have to get the crowd pumped up for 82 National Hockey League fixtures every season – which is no easy task considering the gruelling schedule.

While mascots don’t necessarily have a direct impact on NHL odds, home teams can benefit from a particularly energetic figure increasing the volume before a big game.

Bizarrely the New York Rangers have never had a mascot in their illustrious history. Founded in 1926, the Rangers remain the only NHL franchise to steer clear of a club symbol.

From the bouncy Stanley C. Panther to Blades the Bruin there are a wide range of mascots covered. Whether cuddly, fierce or scary, there is an NHL mascot for everyone.

We’ve tackled the different ice hockey positions, now we’re looking at the NHL mascots. With 30 of the 32 teams represented by a sporting icon, it’s sure to be one heck of a ride!

As of November 2021, there are two NHL teams without an official mascot. The New York Rangers have never had a mascot while the Seattle Kraken are new to the league…

On the other hand, the Winnipeg Jets have two ‘mascots’. Benny was the original Winnipeg mascot before Mick E. Moose was introduced in 2011.

Benny and Mick E. Moose work closely together to promote the Jets brand at every National Hockey League fixture.

Strap yourselves in betting fans, it’s time to look at every NHL mascot – starting with Detroit Red Wings mascot, Al the Octopus.