The NPFL is the top football league in Nigeria. Find out more about betting on the Nigeria Professional Football League! 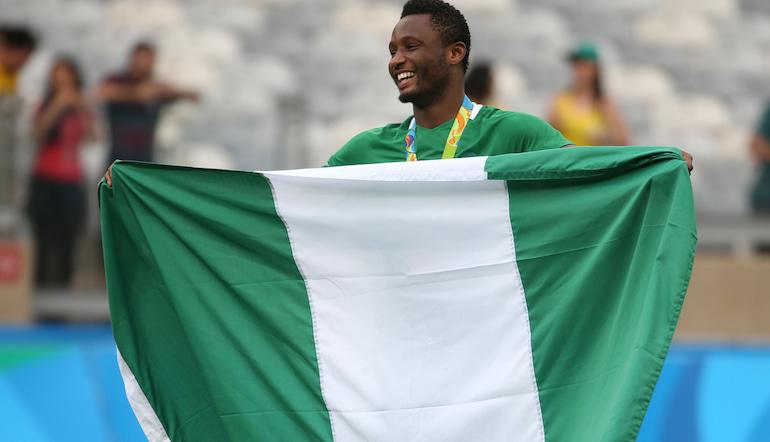 The Nigerian Professional Football League isn’t exactly a big name in football betting. It is, however, a league rich with history, with loyal fans and which has been home to some players who have proven themselves around the world.

It’s also a less straight forward football prediction than many of its peers across the planet. League titles have been relatively spread out in recent seasons, a far cry from the supremacy of PSG, Bayern or Juventus.

Not many will be looking at the NPFL for their bet of the day, but this is a league with pedigree, and which as recently as 2012, was ranked higher than the Scottish Premiership.

From history to format and stadia, here’s a run through the Nigerian Professional Football League.

When was the NPFL formed?

The Nigerian Professional Football League was formed in 1972. Almost celebrating its 50th birthday, the league has been through various different names over its existence.

At the top of the Nigerian football pyramid, the rebrands haven’t necessarily coincided with the structure of the competition. Although now called the Nigeria Professional Football League, its format is much the same as years’ past.

A standard 20-team league, the Nigeria Professional Football League is the platform for the best teams in the country to compete. Four teams are relegated from the NPFL every year, which drop into the Nigeria National League below.

The Nigeria National League is split into separate groups. Of these groups, four teams are promoted to the NPFL every year.

When it comes to continental qualification, this can vary from year to year depending on the league’s strength at a given time. This is obviously what fans are familiar with in Europe.

As of 2020/21, the top two teams in the Nigerian Professional Football League at the time of abandonment earned a place in the preliminary round of the 2020/21 CAF Champions League.

The winners of the Nigeria Federation Cup and the third-placed team in the league (by points per game) went into the preliminary round of the CAF Confederation Cup.

In the 2019/20 edition of the competitions, no Nigerian team made the group stage of the Champions League, and only one team reached the knockout phase of the Confederation Cup.

Nigerian clubs have made the Champions League final on seven occasions, though Enyimba’s two triumphs in the early-2000s are the only times a team from the Nigeria Professional Football League has held the trophy aloft.

Heartland are the most recent Champions League finalists, losing to TP Mazembe in 2009.

Enyimba and Kano Pillars are two of the biggest teams in Nigeria. Their rivalry is the headline fixture in the Nigeria Professional Football League, and they are the only two teams to not finish outside the top eight in 12 seasons.

Teams are scattered around the country for the 2020/21 campaign. Uyo is represented by two clubs – Dakkada and Akwa United – while struggling MFM are the only team from Lagos.

Unsurprisingly, the majority of teams are bunched towards the coast. Adamawa United are isolated out on the east of the country, a long way from any of their opponents.

With eight titles, all of which have come since the turn of the century, Enyimba are the most successful NPFL team. In the league’s history, though, five other teams have won three or more championships.

Rangers International are second with seven titles. Their success, much like Liverpool, was concentrated in the 1970s and 1980s, with only one title coming since 1984.

Enyimba have been the dominant force in the 21st century, with Shooting Stars and Heartland winning their combined 10 titles before 1998.

Kano Pillars are the only team who can get close to Enyimba in recent years. All four of their triumphs have come since 2008, including only the third threepeat in NPFL history from 2012 to 2014.

Katsina United FC have the honour of having the biggest stadium in the Nigeria Professional Football League. The Muhammadu Dikko Stadium in Katsina has a capacity of 35,000.

There are other larger stadia in the country, including Moshood Abiola National Stadium in Abuja, which can house over 60,000 fans, but this isn’t used for club matches. New Jos Stadium has a capacity of 44,000, and will become the home of Plateau United.

Other sizeable arenas in the top flight of Nigerian football include Aper Aku Stadium, which is the home venue of Lobi Stars. Aper Aku Stadium currently has a capacity of 15,000 and was renovated back in 2007 to host the cup final.

Though not laden with names that would have been in the proposed European Super League, some recognisable players have been through the Nigeria Professional Football League.

Former Leicester forward Ahmed Musa top scored back in 2010 and re-signed with Kano Pillars in April 2021.

Arsenal legend Nwankwo Kanu started his career with Heartland, scoring 15 goals in 25 appearances before starring in Europe with Ajax in the mid 1990s.

With five different champions since 2010, the NPFL can make for interesting viewing.

The four relegation spots means more turnover of teams than many European leagues, and since 2003, only one team has successful defended their league title.

The Nigeria Professional Football League table can be found here.