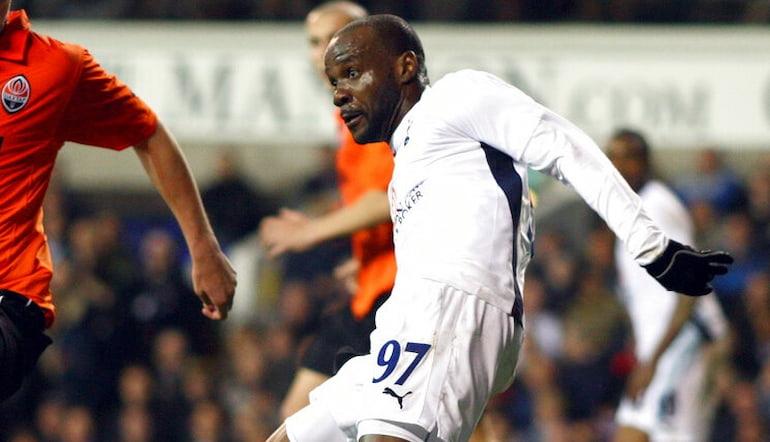 Something of a Premier League journeyman, playing for Tottenham, Sunderland, Wigan and Blackburn in the topflight, Pascal Chimbonda earned cult status.

An honour usually associated with mercurial talents, Chimbonda was not the flashiest of Premier League players, but he captured the imagination of fans even in an unfashionable right-back role.

Part of the lure of Chimbonda is not just how he helped his teams in Premier League odds, but the heart with which he played.

Martin Jol noted how the Frenchman played through a pretty severe knee injury soon after arriving at the club, and he made a miraculous recovery to play a role as Spurs won the League Cup just a couple of years later.

Now running his own football academy in Manchester, Chimbonda’s time as an elite Premier League player was short-lived (perhaps because of his desire to play through pain).

He had a brief stay with Doncaster in 2011-12 before joining non-league side Market Drayton. Returning to the professional game with Carlisle, Chimbonda turned out for Arles-Avignon, Washington and Ashton Town prior to hanging up his boots.

His love of the game was evident in his peak, and in how he stuck with the sport even when having to drop down the pyramid.

There are players who shifted football odds more considerably. There are full backs who pull off more eye-catching crosses and long shots, but Chimbonda brought personality to his teams in a way that only a handful can do.

The process of becoming a cult hero isn’t straight-forward, nor is it predictable. Some players are tailormade for cult status, but for others it is more surprising.

Chimbonda somehow booked a spot in the memories of many a follower of Premier League predictions.

Since calling time on his playing career in 2019, Chimbonda has remained a presence in the Premier League sphere with occasional interviews and television appearances, including on Soccer AM alongside Jimmy Bullard.

'Clubs should be relegated or forced to play matches without fans for a season if their supporters racially abuse players.'

There is universal admiration for elite footballers who continue to play the game after retirement. Chimbonda has been an extreme example of this, a former France international sticking in the depths of non-league football well after his pomp.

While the stars of Tottenham betting tips are enjoying a first-class new stadium, Chimbonda has persevered for the love of the sport, keeping his name in the social media spotlight and enhancing his reputation among football fans nationwide.

Of course, it would be remiss to discuss Chimbonda’s career without mentioning the infamous transfer request while still wearing his Wigan kit.

He eventually moved to Tottenham later that summer, but the Frenchman has spoken openly about his regret with that move and believes it may have scuppered a move to Manchester United.

That’s just part of the Chimbonda story, though it is unfortunately one of those tales that will be recounted for years to come.