Pep Guardiola Net Worth – How Much Does The Manchester City Manager Make?

How much is Pep Guardiola's estimated net worth? We look at the Man City manager salary figures, his career earnings and more - as well as his life away from football. Born on January 18, 1971, in Santpedor, Spain, Josep “Pep” Guardiola joined Barcelona’s academy at the age of 13 and having made his senior debut in 1990, played for over a decade at the club as a defensive midfielder.

Since you've been viewing this page, Pep Guardiola has earned

While he was a hugely accomplished player, winning 47 caps for Spain and a wealth of domestic honours, he has gained even larger acclaim as one of the greatest managers of his generation, bringing huge success to not only his beloved Barcelona, but also Bayern Munich and Manchester City.

His reputation alone has seen him amass considerable wealth, a trend we can expect to continue for many years.

How Much Is Pep Guardiola Worth?

Pep Guardiola has a net worth in the region of £32 million. Most of this wealth comes from his salaries and bonuses as a player and coach, as he is not someone who courts sponsorship deals or publicity.

The majority of these earnings will have come post-retirement as a player, as his genius as a coach has seen him become one of the best paid managers in the world.

Guardiola is not totally averse to sponsorship deals, however. He is signed up to sportswear brand Puma and has previously worked with Nissan and Gore-Tex.

Add to this an impressive property portfolio, and you can understand how he has built up a large net worth.

With his managerial reputation as high as ever, a sensible football prediction is that he will only increase this wealth further in the years to come.

Pep Guardiola initially joined Manchester City in 2016, on a three-year deal thought to be worth £15 million per year.

In 2108 he signed a two-year extension to his deal that saw his salary rise to £20 million per year, consolidating him as the Premier League’s highest-earning manager.

This put him ahead of Jose Mourinho in wages, an interesting side-story considering the long-running Mourinho vs Guardiola rivalry. 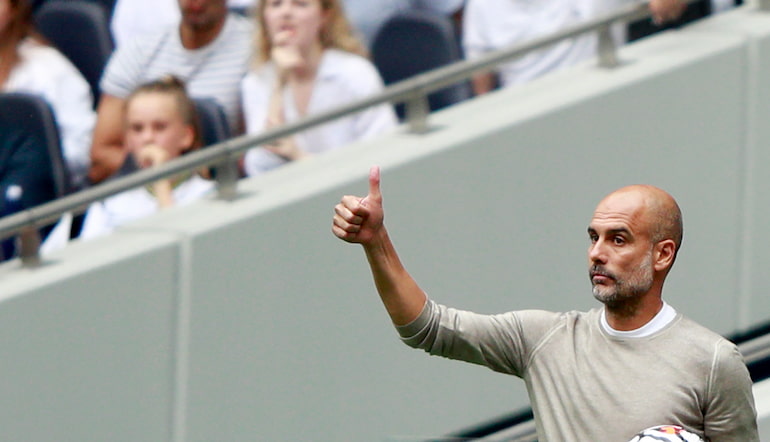 He signed a further two-year contract extension in 2020 on similar terms, that if seen out will ensure at least seven years at the club.

Guardiola also receives numerous performance-related bonuses on top of his basic salary, many of which will have been triggered given his substantial trophy haul since he arrived at the club.

Premier League betting odds suggest that he may be in line for more bonuses soon.

Guardiola has enjoyed stellar success at three different football clubs around Europe. He began his coaching career with Barcelona’s B team, gaining them promotion in his single season as manager.

He then moved to the senior team, who under his guidance became one of the all-time greatest teams in Europe, winning numerous trophies during his four-year tenure, as he created a team that astounded one and all.

Pep then decided to take a sabbatical for a short period before taking on the role of Bayern Munich coach for a further three highly successful seasons.

In January 2016, he announced that the following year he would become Manchester City’s next manager, succeeding Manuel Pellegrini.

With a contract extension signed until 2023, he looks set to spend over double the time at the Citizens compared to any of his previous roles.

After recent comments from Guardiola, online sport betting odds intimate that his next role may be as the coach of an international team.

Pep Guardiola and his wife Cristina Serra have been together since they were teenagers. They first met at the clothes store Serra Claret owned by Cristina’s parents, where she was working at the time.

The couple started to date, though it was not until 2014 that they would marry, in a low-key ceremony that mirrors their personal lives. Both Pep and Cristina like to keep their lives private, and rarely court any publicity. 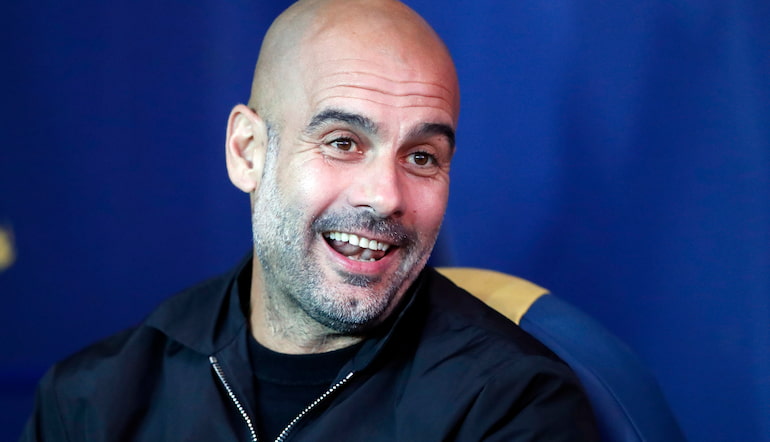 Cristina has excelled as a journalist, writer and in the fashion world, but has dedicated much of her time to her family life and bringing up the couple’s children.

The nature of Pep’s career has made it difficult at times, with Cristina returning to Spain in 2019 with one of their children, to manage her fashion business.

The eldest, Maria, is the most prominent on social media channels. Residing in London, she has over 120,000 followers on Instagram where she chronicles her travels and experiences. Like her mother, she is considered a fashion icon in her native Spain.

The couple’s youngest two children are protected by their parents, and understandably little is known about them or their passions in life.

The youngest, Valentina however, was born on the same day, in May 2008, that Pep discovered he would be the new coach of Barcelona, ensuring it was one of the most special days of Pep’s life.

Pep Guardiola has hoovered up trophies both as a player and manager.

His success began at Barcelona, as part of the team that won the club’s first European Cup in 1992, the same year he won an Olympic gold medal, in addition to four successive La Liga titles from 1991 to 1994. As a manager, his haul has increased further. At Barcelona, across a four-year period, the club won three La Liga titles, the Copa Del Rey, the FIFA Club World Cup, UEFA Super Cup and the Champions League twice, Guardiola the youngest manager to ever secure the trophy.

Not surprisingly, at Bayern Munich he continued to sweep up honours, but his stint at the club was tarnished by a failure to win the Champions League.

This is a trend that has continued during his first five years at Manchester City. Nevertheless, the domestic honours have continued to flow, including three Premier League titles, an FA Cup and four consecutive League Cup titles, plus a wealth of individual honours.