Chelsea legend Petr Cech has an estimated net worth of £28 million. Check out our Petr Cech wealth profile and read about his life away from football! 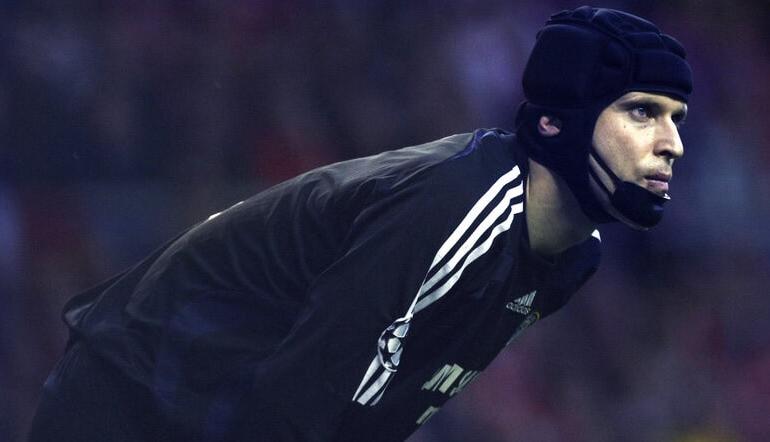 A legitimate argument can be put forward for Petr Cech being the most outstanding goalkeeper of the modern era, breaking records by the plentiful and winning honours throughout his decade-and-a-half at the top.

Born in Plzen, fifty miles west of Prague, on May 20th 1982, Cech first made his mark as a teenager, not conceding a goal for a remarkable 903 competitive minutes playing for Sparta Prague.

Three years later, at Chelsea, the 6ft 5 shot-stopper frustrated the Premier League’s deadliest strikers for 1,025 minutes, a record that has yet to be beaten.

At Chelsea, then later for Arsenal, the highly decorated and hugely respected 49-year-old kept an unsurpassed number of 202 clean sheets and if such parsimony helped bring his clubs silverware, it also made the popular star a very wealthy man indeed.

The Premier League mainstay is said to be worth in the region of £28m and this is largely a consequence of playing at the highest level for so long during an era that saw footballer’s wages rocket into the stratosphere.

In 2015 Cech’s earnings at Chelsea was revealed to be £5.2m per year and this figure remained roughly the same on moving to Arsenal aged 32.

At the Emirates, his £100,000 a week would have made him one of their highest earners, a status deserving of a seasoned professional.

Off the pitch, the quietly-spoken figure was hardly known for his commercial endeavours though a £17.5m five-year contract with Adidas back in 2008 raised eyebrows. A subsequent endorsement deal with Puma would have netted a further fortune.

Since making the switch to behind the scenes at Stamford Bridge his income will surely have diminished though it’s safe to say he is still remunerated handsomely and post-retirement too Cech has made himself available to appear as an after-dinner speaker, bringing in additional funds.

Admired by fans for his down-to-earth nature, Cech may own a large property in Surrey, drive a Porche and holiday at his villa in Marbella but he is not a superstar who parades his wealth, even regularly taking the train to and from Chelsea’s training complex among everyday commuters.

Undoubtedly one of the best goalkeepers in Premier League history, Cech secured a move to Rennes in 2002 after excelling in his homeland before moving to Stamford Bridge two seasons later for a club record fee.

Tall, agile, and brave, in the capital he became a key part of a famed defensive set-up at Chelsea that won back-to-back titles under Jose Mourinho and while managers came and went, Cech was an ever-present for over ten years, winning a further two league crowns as well as four FA Cup triumphs and lifting the Champions League in 2012.

At the start of this season our Premier League predictions correctly tipped the Blues to miss out in 2021/22 for the biggest domestic honour. 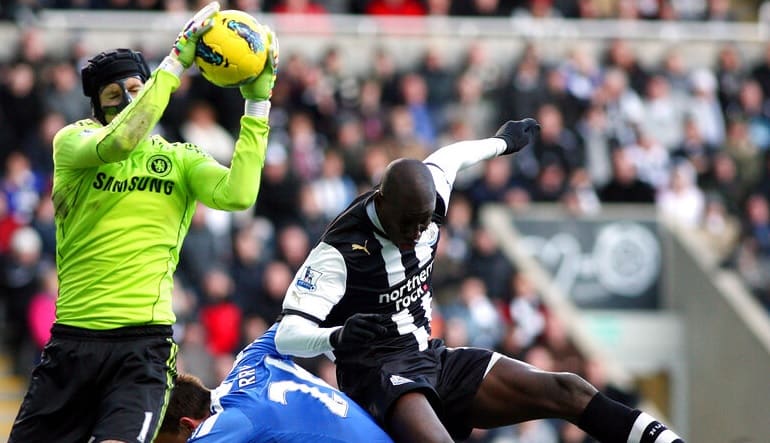 In October 2006, Cech fell foul of a late challenge by Reading midfielder Stephen Hunt resulting in a depressed skull fracture that kept him away from the game for several months.

On his return he wore protective headgear and sported the distinctive attire for the rest of his career.

If this made the imposing star especially stand out, so too did his brilliant performances and unparalleled achievements in goal.

A Golden Glove merit at Arsenal in the latter stages of his long Premier League tenure not only meant no other keeper has won more but he is the only player to better all his peers across a season at two different clubs.

For his country meanwhile, Cech has ably represented Czech Republic at three major finals and is the most capped player, gaining 124 caps.

After long establishing himself as a favourite of the football betting online community, keeping shut-outs for Chelsea and Arsenal and bolstering victories by the bucketload, Cech hung up his gloves in 2019, his final match aptly being for the Gunners against Chelsea in a Europa League final.

Almost immediately on announcing his retirement he returned to his beloved Blues, installed as a technical and performance advisor with a broad remit to better harmonise the different structures at the club, from the youth teams up.

It was an attractive job offer that scuppered his plans for taking a year off.

Elsewhere, Cech’s lifelong love of ice hockey explains an unexpected venturing into the sport at the ripe age of 37 when he signed for Guildford Pheonix in the autumn of 2019, using the opportunity to keep fit and extend his love of guarding nets, only this time it’s pucks he saves, not footballs.

Born a triplet, along with sister Sarka and brother Michal, the footballer who would grow up to throw himself head-first at flying boots for a living was born with a weakened skull, a detail that puts his famous injury 24 years later into even greater perspective.

In 2003, Cech married his high-school sweetheart Martina Cechova, the couple raising two children, Adela and Damian who have each graced the Chelsea pitch when celebrating league successes.

Our latest Premier League odds suggest this won’t be happening again anytime soon due to the club’s recent sanctioning. 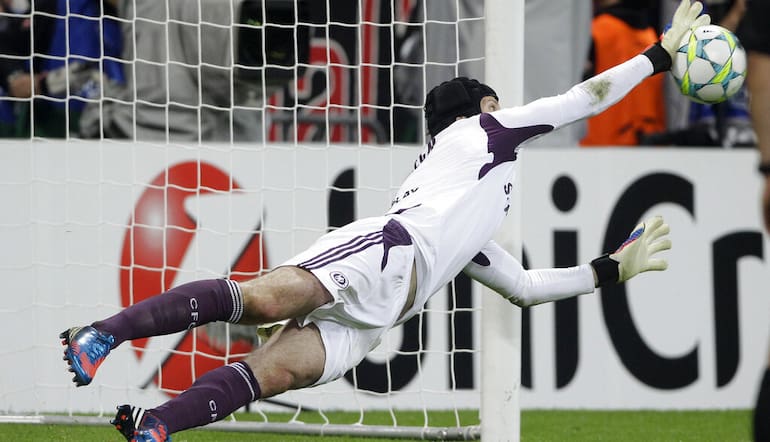 Martina is a personal trainer who uses social media to promote her business while Petr is also a regular used of Instagram though he very rarely posts family pictures to his 1.7 million followers, guarding their privacy.

Commendably, family has always been the driving force behind the player’s career. His decision to remain in London after leaving Chelsea was largely because of a reluctance to uproot his children who schooled in the capital.

Away from football, Cech has many talents and a wide number of long-held interests which hardly surprises for an educated man who is fluent in seven languages.

Chief among his pastimes is playing the drums, even releasing a charity single with drumming legend Roger Taylor in 2019 entitled That’s Football.

A year later, the renowned keeper improbably joined a folk-rock band called Wills And The Willing, recording songs during lock-down. Cech has spoken of his desire to tour with the band when work commitments permit.