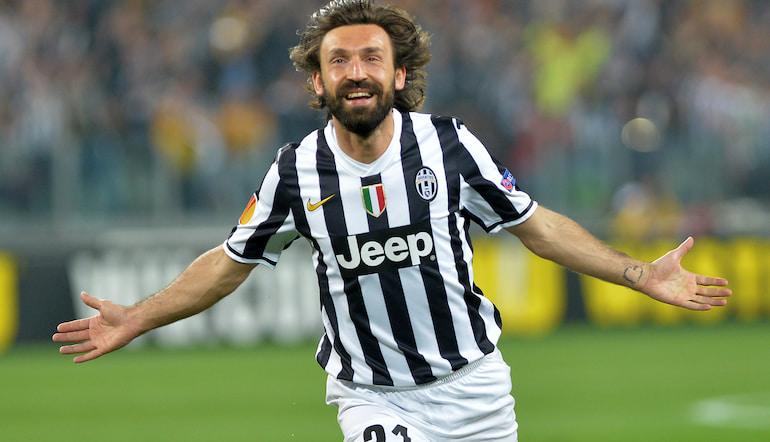 One of many football streaming sites on the internet, Pirlo TV has gone from strength to strength and it is now one of the most frequented websites for watching sport online.

PirloTV hosts football streams on its domain, allowing viewers to watch soccer for free while also chatting to fellow supporters about the latest football news.

Named after Italy legend Andrea Pirlo, the PirloTV platform has no direct link to the former Juventus star – the name is the only connection between the two.

Football betting fans will have heard of Pirlo TV online, especially those living in Italy and Spain. The PirloTV platform is particularly popular in these two countries.

Lovers of the beautiful game have had access to new ways of watching football online in recent years, with PirloTV APK software allowing football fans to tune in on a mobile device.

As is the case with Rojadirecta and other sports streaming sites, the webpage broadcasts hundreds of sports events daily to thousands of sport lovers across the globe.

Here, we talk about the PirloTV online platform – not Italy star Andrea Pirlo – but focusing on how the Pirlo TV site operates, obstacles faced and how users watch PirloTV.

We condemn the use of sports streaming sites and would always advise sports fans to watch live sport via official broadcasting channels.

Those who search for free sports streaming sites will likely come across PirloTV at one time or another – it is one of the biggest platforms of its kind in Western Europe.

Lots of streaming pages work in a similar way to Pirlo TV, with the likes of Hesgoal and Joker Live Stream also offering streaming links by way of retransmission.

With many official broadcasters limited to certain regions, fans around the world often head to PirloTV and other sports streaming sites to watch live football online.

In fact, plenty of soccer prediction backers enjoy visiting these sites to access sports chat rooms before, during and after events rather than to watch free sports streams.

Users looking to watch football for free in high definition often visit PirloTV but stability of streaming services is questionable at best – network issues on such sites are rife. You only need to ask Sportlemon viewers to find out how that site fares...

However, Pirlo TV selects links based on quality and broadcast speed and the sports streaming giants claim that they change video links if there are clear issues with a stream.

The PirloTV stream interface is user-friendly, with website visitors able to find matches for major football leagues around the world and several free sports streams are regularly available.

The PirloTV mobile platform is growing in popularity, with football fans wanting to watch Pirlo TV online without sitting in front of a computer.

As is the case with many sports streaming apps, users need to download the PirloTV apk to access the streaming platform on a mobile device.

According to those who have watched football live on the Pirlo TV app, it is easy to use and, unlike many streams on the Footybite app, HD live streams are often available.

However, Pirlo TV is forbidden in many countries around the world and official app stores do not allow mobile users to download the PirloTV app via Google Play or App Store.

A strong network connection is key when streaming football online and that is arguably more important when using an unreliable service like the Pirlo TV online platform.

Again, we strongly urge sports fans to watch legitimate streams via official broadcasters, with the likes of Sky Sports and BT Sport offering legal channels in the UK.

Like most sports streaming sites, Pirlo TV offers a full schedule for sports fans – no matter what your favourite sport is.

The PirloTV schedule is a great way of checking upcoming sports events, especially if you want to have a quick browse of football fixtures before placing your bet of the day online.

Pirlo TV try to keep fans informed with as much crucial information as possible, with kick-off times to the minute and statistics relating to the relevant competition.

So if you don’t want to watch a free football stream online, you don’t have to. You can just use the Pirlo TV schedule to plan your sports viewing in advance - just as fans do with the Cricfree TV calendar.

It is important to remember that Pirlo TV do not host the streaming links on their servers but simply share the links on the website, meaning PirloTV relies on making money from advertising.

Most adverts slow websites down and that is no different when it comes to free streaming platforms. Pirlo TV users often experience slow loading times due to advertisements.

PirloTV are giants of the sports streaming industry but there are plenty of alternatives for football fans to watch matches online if Pirlo TV is down.

VIPLeague and Mama HD are especially popular in the UK and USA while the likes of Myp2p, Totalsportek and Ronaldo7 are frequently visited by Spanish users.

While those unfamiliar with PirloTV may think that Italy is the biggest country for this site, Spain and Latin America fans watch football for free at PirloTV more than Italian supporters.

One of the biggest matches in football, El Clasico live streams are popular on Pirlo TV ahead of Spain’s principal fixture. PirloTV users can watch El Clasico live online, though streams may be poor quality and there could be buffering issues.

As is the case with all free football streaming sites, users visit such pages at their own risk and we would always recommend watching via an official streaming broadcaster.

If you choose to watch El Clasico free at Pirlo TV, that is your choice but it is surely beneficial to watch such a high profile fixture on a legitimate La Liga HD stream.