Who is the best Nigerian footballer to grace the Premier League? 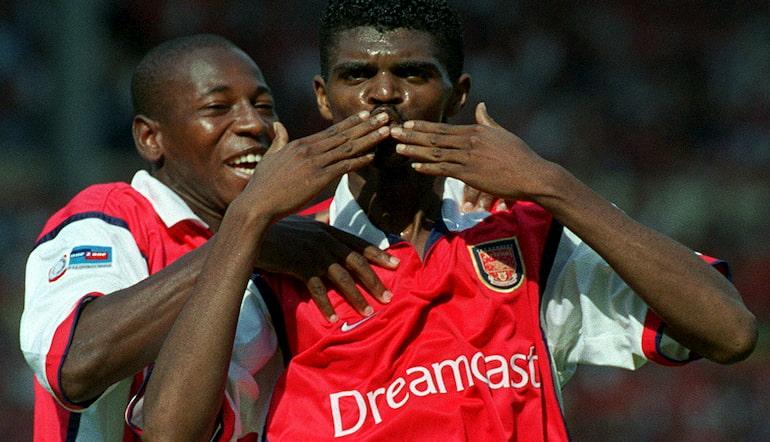 The best Nigerian players in Premier League history are listed in this article.

There are great entertainers, goal-getting strikers and players who were consistent performers at the highest level. It’s got cult heroes, it’s got successful players, it’s got stars who changed matches on their own.

Not many non-European nations have influenced Premier League betting as much as Nigeria. Title winners and club heroes, Nigerian footballers have played a major part in Premier League history and will star for years to come.

Over 40 Nigerians have played in the Premier League, more than any other African country. There was plenty of competition to make it onto our top 10.

The fifth-highest scoring Nigerian in Premier League history, Peter Odemwingie is best known for his part in one of the great transfer deadline day calamities, but he had a very solid career in the English top flight.

Odemwingie starred for West Brom in his first Premier League campaign in 2010/11, and he went on to play three seasons for the Midlands side. A year at Cardiff City (with just one league goal) followed before a mixed spell at Stoke City.

Capable of playing as a main striker or on the wing, Odemwingie was often an online betting favourite to get on the scoresheet.

Still just 23 years old, Leicester's Wilfred Ndidi has already racked up 120 Premier League appearances and has established himself as one of the best at his position in the league. He could be near the top of this list before long.

The former Genk man regularly features near the top of the league in interceptions and tackles made – he covers a lot of ground for the Foxes, enabling their flair players to play higher up the pitch.

A career of promise and loans, Victor Moses has had spells at several different Premier League clubs.

Chelsea signed him as a youngster and he struggled to make an impact at the club until Antonio Conte arrived in 2016. The Italian manager clearly saw something in Moses and converted him to a right-wing-back.

Moses excelled, providing an attacking outlet down the flank and was aided defensively by the presence of Cesar Azpilicueta.

He was a revelation in Chelsea’s title-winning 2016/17, and was named PFA Fans’ Player of the Month in November, but he fell out of favour soon after.

The first Nigerian to play in the Premier League when he featured for Norwich in April 1993, Efan Ekoku is the third-highest scoring Nigerian in PL history with 52 goals.

Ekoku won the 1994 African Cup of Nations, and despite making his top-flight debut in the yellow of the East Anglian club, he spent the majority of his Premier League career playing for Wimbledon, who he played for between 1994 and 1999.

He played until 2004, making 13 appearances for Dublin City, and has since built a career as a commentator and pundit.

Few players have been as beloved as Shola Ameobi was at St James’ Park.

Hardly a football betting Golden Boot favourite, Ameobi played for Newcastle between 2000 and 2014. His 297 Premier League appearances is the most of any Nigerian, though he only scored 43 goals.

Standing at comfortably over six-foot, Ameobi was never a major goal threat, but he was a good target man who could link play up.
Despite 20 appearances for England’s under-21s, the Zaria-born striker earned 10 caps for Nigeria.

Only two Africans in Premier League history (Didier Drogba, Emmanuel Adebayor) have scored more than Yakubu, who was lovingly nicknamed ‘The Yak’.

Playing for Portsmouth, Middlesbrough, Everton and Blackburn, Yakubu combined natural finishing ability with great off-ball movement. He was one of those strikers who could snatch a goal out of nothing.

Initially arriving at Everton on loan in 2002/03, Joseph Yobo went on to become one of the Toffees’ longest-serving Premier League players. His 228 Premier League appearances is fifth among all Nigerians.

Yobo is a legend of Nigerian football. His 101 caps is the joint-most ever, and he led the team to glory at the 2013 Cup of Nations. He played in a further five continental tournaments and three World Cups.

Reliable, mobile, and good in the air, Yobo was underrated for much of his PL career.

John Obi Mikel arrived in England in controversial circumstances, turning down Manchester United at the last minute to sign with Chelsea.

Mikel featured in 10 Premier League seasons for the Blues, predominantly as a squad player.

He spent several years trying to find a role in the squad, and eventually became a defensive midfielder who sat in front of the defence breaking up play. He was often used late in games as Chelsea looked to cling on for a win.

Although he might be used to featuring in top four betting, Mikel has since played in the Championship for Middlesbrough and now with Stoke. He could yet add to his tally of 249 PL appearances.

One of the best African players ever, Jay Jay Okocha was as entertaining as they come. He illuminated a football pitch with his cheery personality and quick-footed skill.

He was so good they named him twice. Okocha brought flair and creativity to Sam Allardyce’s Bolton side from 2002 to 2006. He was adored by the Bolton faithful.

He tormented defenders, he had the tricks to humiliate any opponent, and it made him a thrilling player to watch throughout his career. It’s a shame he only spent a few seasons in the Premier League.

A unique striker, Nwankwo Kanu is one of a couple of Nigerians with two Premier League medals, which were won with Arsenal in the first half of the 2000s.

As a 6’6 forward, Kanu was an elegant player, a striker who would drift into space and create for others. Deft movements would baffle opposition players, and despite being slim, he used his frame well to hold the ball up with his back to goal.

A return of 54 goals in 273 Premier League appearances for Arsenal, West Brom and Portsmouth is hardly prolific, but Kanu was a fabulous player to watch and had a knack for match-winning goals.