Does The Premier League Need A Salary Cap?

Should the Premier League introduce a salary cap or is England's elite club competition fine as it is? We discuss... 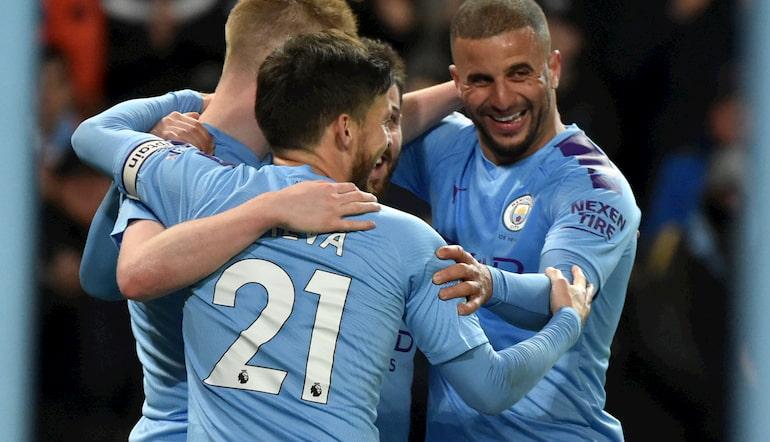 Salary caps are used in the NFL, NBA and rugby. The concept is an alien one for European football, though a similar system is used in MLS.

Understandably, any discussions of bringing in a salary cap are met with negativity by the biggest clubs as it would, most likely, reduce – or in some cases, eliminate – their financial advantage.

The general idea behind a salary cap is to improve parity. Levelling the playing field between the financial powerhouses and the smaller clubs is something that a lot of football fans would crave.

It has its flaws, of course, and as the NFL and NBA show, a salary cap isn’t a cure-all for the disadvantages some teams suffer from.

Talks were held about a salary cap in the Premier League in 2011. Dave Whelan saw it as a necessity to help deal with the enormous debt in English football.

According to the Guardian’s guide from the 2017/18 season, seven Premier League clubs made a loss and 59% of turnover went on player wages.

This is a marked improvement from earlier in the 2010s, however: the 20 Premier League clubs made a collective loss of £361 million in 2010/11 with only eight clubs making a profit.

Manchester City have the biggest wage bill in the Premier League per Spotrac. City have invested heavily in the playing staff under the current ownership group. Mistakes in the market don’t seem to have impacted their willingness to spend.

Despite having plenty of high-paid defenders on the books, including the costly and underperforming John Stones and Nicolas Otamendi, City splashed on Aymeric Laporte – one of the best January signings in Premier League - history two years ago.

Arsenal, who have recently cut substantial salaries by allowing Alexis Sanchez and Aaron Ramsey to leave, are just under £100,000,000, putting them £20 million ahead of Everton in seventh.

The gap between teams is relatively gradual in the top half. Everton have thrown money at their team in recent years. They are followed by Leicester who were in the Champions League a few seasons ago.

Crystal Palace’s squad of veterans requires big salaries. There’s then a significant drop to West Ham in 10th, who have a payroll almost half of Arsenal’s and almost a third of Manchester City’s.

Brighton, Newcastle and Bournemouth’s (far from Premier League newbies) combined payroll is almost exactly the same as Chelsea’s, who are fourth on Spotrac’s list behind Liverpool and the two Manchester clubs.

Teams who have played in the Champions League over the last five or so years clearly have more spending power. Higher Premier League finishes help that, too.

Newly promoted teams are always going to be weaker than the league’s defending champions, but Norwich and Sheffield United’s wage bills are less than 10% of Manchester City’s.

A salary cap, greater sharing of revenues, and a perhaps a salary floor, would be a way to address this.

There’s a reluctance to change, and that’s not just at the top clubs. VAR is a work in progress, and any substantial financial regulations like a salary cap would take time to tweak before they took full effect.

Comparisons with NBA and NFL are disingenuous to a degree. If the free market continues elsewhere, the Premier League implementing a salary cap doesn’t work.

The NBA and NFL do not have competitors like La Liga and Serie A to lure the best players. Promotion and relegation – again, something the NBA and NFL don’t have – cause issues too.

A potential salary cap would presumably be higher in the Premier League than the Championship – players’ contracts would need substantial clauses in the event relegation.

Bad contracts are a bigger problem with a salary cap imposed. Paying a player over his market value or handing a deal to someone who ends up injured long-term has a far greater impact if spending power to rectify that deal is restricted.

NBA and NFL teams can get stuck with toxic contracts that hold the franchise back for years. While such problems exist in the Premier League at the moment, they are not as severe.

Introducing a salary cap might mean maximum player salaries like the NBA. The cap has helped competitiveness in some ways, but when it comes to free agency, there are still a lot of teams who don’t even qualify as an afterthought.

If the money is the same, the Premier League would likely go the same route: players will favour a move to Anfield or Old Trafford over Bournemouth or West Ham.

It isn’t down to the Premier League to introduce a salary cap, unless they are willing to lose the best players to other leagues. FIFA and UEFA would need to lead the way.

The FA and Premier League could work together to introduce a form of salary cap, or perhaps improve on Financial Fair Play, to safeguard against clubs overspending.

While this can be seen as imposing a ceiling on a club based on revenue, it might be the best route to avoid clubs – particularly in the lower tiers – spending beyond their means and getting into financial trouble.

A salary cap alone will not address the grotesque financial inequality in English football. Even if wages were limited, players are still going to be drawn to the teams with stronger squads and the possibility of Champions League football.

English football has to find a way for teams to grow without requiring mass external investment. The arguments against FFP are solid; the restriction on investment makes it almost impossible for teams to make the leap.

That needs to change, and while that discussion is further reaching than a salary cap, it could be a part of the approach.