Our take on the best signings in the January transfer window - do you agree with our picks? 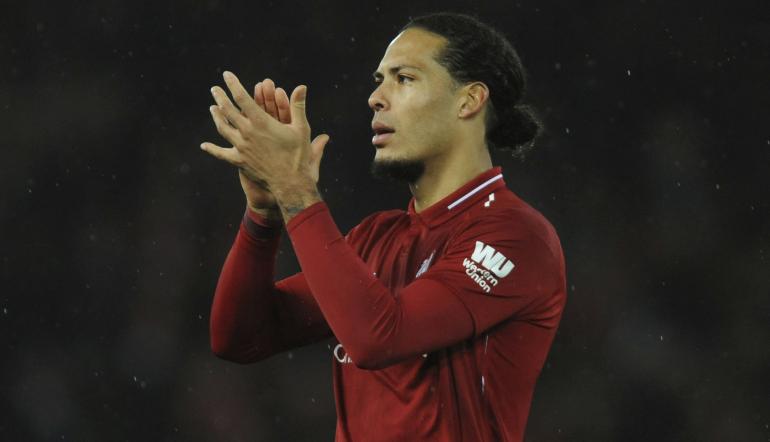 The January transfer window is a treacherous time. Clubs are cautious as they look to bolster their playing staffs, with selling clubs asking for over-market-price fees and the uncertainty of moving a player mid-season presenting a risk.

Team chemistry can be messed up with the wrong sale or signing. Get it right, though, and it can kickstart the new year, setting up a charge away from the relegation zone or a push for silverware.

Tinkering with the squad mid-season is a temptation for clubs up and down the football pyramid, it’s a time to balance risk and reward, and navigate the inflated fees that can make the club accountants wince.

The £75 million fee, a world record for a defender, seemed steep, even for Virgil van Dijk’s biggest fans.

After a controversial pursuit in the summer, Liverpool finally completed a deal for the towering Dutchman in January and he quickly transformed a leaky defence into one of the solidest units in Europe.

Van Dijk went from an impressive mid-table defender to one of the best in the world. He was a legitimate Ballon d’Or contender in 2019, the year that his defensive displays were the backbone of Liverpool becoming European champions for a sixth time.

Liverpool are on course for perhaps the best campaign in Premier League history. Van Dijk was the turning point for Jurgen Klopp’s tenure, the moment they went from developing team to serious challenger.

Part of the wild Fernando Torres and Andy Carroll deadline day, Luis Suarez was the only of the three transfers that worked out.

Suarez was the cheapest of the trio and turned into one of the great Premier League bargains before departing for Barcelona (with Liverpool making a handy profit).

Suarez lit up the Premier League, scoring 82 goals in 133 appearances for Liverpool. A spell littered with controversy too, the Uruguayan was a must-watch footballer, and a player the officials daren’t take their eyes off. He eventually departed Merseyside after biting Giorgio Chiellini at the 2014 World Cup.

A two-time PFA Team of the Year member and named PFA Player of the Year in 2013/14, Suarez produced one of the greatest individual campaigns in Premier League history.

An entertainer, a nightmare to play against and a divisive figure, few January signings can rival Suarez.

A bit of a left-field selection ahead of Pierre-Emerick Aubameyang and even his former teammate Branislav Ivanovic, Gary Cahill signed for Chelsea in January 2012 for just £7 million and his career immediately turned on its head.

The Blues were in a rocky period with Andre Villas Boas nearing the sack. Cahill had been at relegation-fighting Bolton.

Cahill went on to make 290 appearances for Chelsea and got 54 of his 61 England caps after the transfer.

He was named to the PFA Team of the Year on three occasions to go with two league titles, two FA Cups and two Europa Leagues on top of that triumph over Bayern.

Nemanja Vidic didn’t become a Manchester United stalwart straight away after signing in 2006, but once he did, he formed an iconic central defensive partnership with England international Rio Ferdinand.

He was named to the PFA Team of the Year on four occasions and made the FIFPro World XI in 2009 and 2011. The individual accolades didn’t end there, however, with the rock-hard Serbian twice winning Premier League Player of the Season.

Vidic is one of the best defenders over the Premier League era. With fewer injuries, he could be up alongside Ferdinand and John Terry.

Back in the winter of 2014, Leicester City parted with just £400,000 to land Algerian winger Riyad Mahrez from Le Havre.

It didn’t register on the radar of many football fans at the time, but it wasn’t long before Mahrez was one of the most sought after players on the planet.

The connection with Jamie Vardy proved unstoppable as Mahrez won PFA Players’ Player of the Year.

Now a domestic treble winner with Manchester City and a former African Footballer of the Year, Mahrez is – without doubt – the best value January signing ever made.