The Most Exciting Premier League Signings Of The Summer 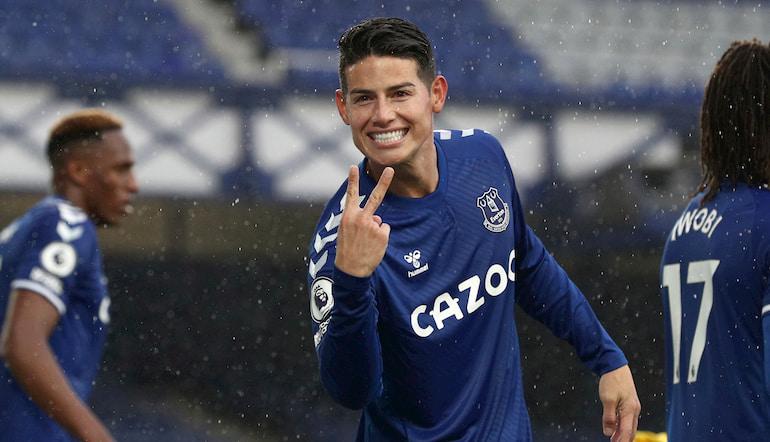 Premier League spending was enormous this offseason. Where teams in other leagues cut costs, and were forced to sell key players to raise funds, there was little sign of restraint in the Premier League.

The league has the biggest television deal in the world and teams have an array of lucrative sponsorship contracts. The loss of matchday revenue didn’t reign in the ambition of most teams in the transfer market.

With matches already played and the window only just closing, it’s a good time to re-evaluate Premier League Odds options. There has already been major movement.

Here are five of the most exciting Premier League signings, who could all become regular features in online betting for their new teams…

Chelsea were ready to pounce when Bayer Leverkusen missed out on the top four. Kai Havertz was likely on the move regardless, but the German’s departure was confirmed when Leverkusen finished fifth.

Havertz, as reported frequently since Chelsea’s interest became public, is a player the Blues have been keen on for years.

When he became available, Chelsea quickly became the only legitimate candidate for his signature.

It’s surprising that Chelsea took Havertz with such little competition. At 21 years old, the sky really is the limit. He can play in central midfield, on the wing, as a number 10 or as a lone striker.

He’s big, he’s mobile, he’s got great close control and he can pick a pass.

We mustn’t forget his goalscoring either – Havertz scored 12 in the Bundesliga last season, more than Alexandre Lacazette and Roberto Firmino managed in the Premier League.

Chelsea’s outright winner odds depend on how their new signings bed in. No Chelsea player is more important than Havertz.

Sure, he’s not at his peak. Sure, there are injury worries. It’s still Gareth Bale.

After years of rumours, and likely thousands of rounds of golf, Bale is back in the Premier League, back at the club that sold him for a then-world record fee.

There are plenty of reasons to be sceptical. Maybe this was a PR stunt, maybe he barely gets on the pitch.

Then there’s the positive outlook: How good can Harry Kane and Heung-Min Son be with Gareth Bale alongside them? What if Bale, away from the toxicity of the Bernabeu, can unearth some of those performances that made him a superstar?

It’s always going to be exciting when a player of Bale’s stature comes to the Premier League, even if he doesn’t drastically influence the top four odds outlook.

Everton have been a football betting sensation to start this season. James Rodriguez has been the orchestrator of much of the Toffees’ early joy.

Rodriguez’s arrival was met with the usual tidal wave of nonsense, the ‘can’t handle the physicality’ waffle from the typical sources.

Carlo Ancelotti has allowed Rodriguez to roam, giving him the freedom to find space anywhere on the pitch and pick out passes for Richarlison and Dominic Calvert-Lewin.

The former Real Madrid man has been a scorer as well as a creator early on too, finding the net thrice in the first four matches.

It was a big summer for Everton. Abdoulaye Doucoure and Allan revolutionised the midfield, but there’s no question who the most exciting acquisition was.

Eberechi Eze arrived at Crystal Palace from QPR and has played 190 minutes across the first four matches of the season.

The 22-year-old was one of the most sought-after young players in the country after dazzling for QPR in the Championship last season – his tally of 14 goals and eight assists earned him a place in the 2019/20 Championship Team of the Season.

Eze has already shown flashes of his ball carrying ability in a Palace shirt. Capable of beating players in midfield or operating on the flank, he averaged three completed dribbles per match last season, and drew 2.3 fouls per contest.

Putting that sort of close control and burst of pace alongside one of Europe’s best dribblers in Wilfried Zaha is a tantalising prospect for Palace fans and neutrals alike.

Roy Hodgson has a well-drilled Palace defence with industry aplenty in midfield. Only Norwich scored fewer than the Eagles last season, however.

An attacking addition or two was a must – in Eze and Michy Batshuayi, Palace have brought in goals and creativity. Eze could force his way into England reckoning this season – he’s going to be a lot of fun to watch alongside Zaha.

Given their business this offseason, it was inevitable Chelsea got a second name on this list.

Hakim Ziyech is yet to make his competitive Blues debut at the time of writing, but the former Ajax man will be a real difference-maker for Frank Lampard’s side, giving them yet another attacking option.

Older than most of Chelsea’s other signings, the 27-year-old will hope to hit the ground running when he returns from injury.

He will likely be Lampard’s first choice on the right flank, cutting onto that magical left foot as he did so frequently for Ajax over the last few seasons.

Much like Bruno Fernandes, Ziyech is a risk-taker. Shots will come from range and he’ll attempt spectacular passes – fortunately for Chelsea fans, he has the skill to pull them off.

He averaged 4.2 shots per game in the Eredivisie last season and 3.7 key passes, only Kevin De Bruyne averaged more than 2.5 in the Premier League in 2019/20.

Ziyech is an entertainer, a player who produces moments of genius. Chelsea’s right-side could be lethal if he establishes a partnership with Reece James.