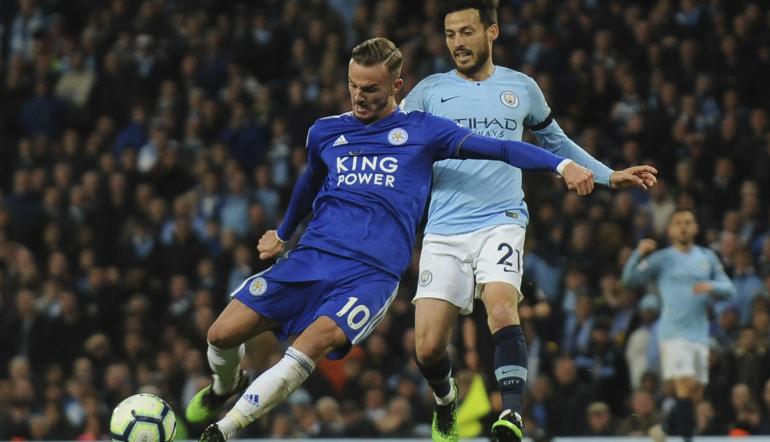 We are eight games into the 2019/20 Premier League campaign and Liverpool have built a commanding lead at the top of the table.

Manchester City suffered a shock defeat at home to Wolverhampton Wanderers prior to the international break and Jurgen Klopp’s side will take some stopping from here.

The leaders head to Old Trafford for a clash with fierce rivals Manchester United on Sunday – a win for Liverpool will only cement their status as title favourites.

Meanwhile, the likes of Leicester City, Crystal Palace and Burnley are flying high and fans are dreaming of European football. Only time will tell whether those dreams become reality.

Without further ado, it is time to preview this weekend’s biggest games – the four-fold pays out at 11/1. Good luck with your Premier League bets ahead of Gameweek Nine.

Chelsea have won their last four matches in all competitions and Frank Lampard’s side will be quietly confident of another win here. The Blues have an excellent record in this fixture, winning their last seven home games against Newcastle.

Steve Bruce’s side have won just two of their eight league games – both wins coming against teams who finished in the top six last season. The Magpies have scored just five goals so far this campaign and Newcastle may struggle to keep tabs on Chelsea.

Punters should snap the 4/6 up for Chelsea to lead at half-time this weekend. Newcastle ran out 1-0 winners over Manchester United last time out but this is a tougher test – expect the Blues to go for the jugular early on.

Brendan Rodgers deserves plenty of credit for Leicester’s surge up the Premier League table. The Foxes have played some scintillating football since the former Celtic manager arrived at the helm and another victory beckons if everything goes to plan.

Burnley are up to seventh in the table and neutrals will be tempted by the 17/10 available for Sean Dyche’s men to avoid defeat. After a slow start, the Clarets have hit top form in recent weeks and the Foxes cannot take Burnley for granted.

Burnley have been resurgent in recent months but Rodgers’ side will take some stopping at the King Power Stadium. 12/25 isn’t the best Premier League betting price around this weekend but a Leicester win looks likely and the Foxes could put Burnley to the sword.

Crystal Palace have quietly gone about their business in recent months and the Eagles are up to sixth in the table. A win here will see Roy Hodgson’s men climb above their opponents and Palace will be dreaming of a Europa League berth.

Write Man City off at your peril. Eight points is a big deficit at this stage of the campaign but time is on their side – Pep Guardiola’s men will be looking to bounce back at the first time of asking this weekend. An away win looks inevitable.

Expect goals at Selhurst Park this weekend. Man City will be fired up and ready to send out a statement of intent after that defeat to Wolves and 31/20 for the visitors to win with both teams scoring is the way to go.

Sheffield United have picked up three points from a possible 12 at Bramall Lane this season but Chris Wilder will be happy enough with performances. The Blades gave Liverpool a good game but ultimately fell short; surely a big home win is coming soon.

Arsenal have lost just one of their eight league games in 2019/20 and Unai Emery’s side will be quietly confident of getting the job done on Monday night. Without a doubt, the Gunners have more quality in the squad but they are prone to slipping up.

The Blades have been strong and stable so far this season and 10/11 for Sheffield United to avoid defeat shouldn’t be sniffed at. Wilder will have his troops primed and organised for another major Premier League scalp - this is the hottest ticket in town.