Scroll down for our top tips on purchasing football tickets! 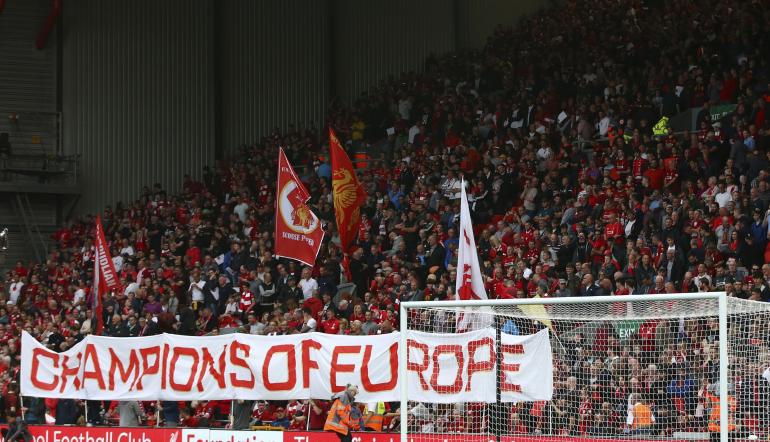 Football’s worldwide popularity, and the fact there are only a finite number of seats in the stadia, means that getting your hands on tickets can be challenging.

The Premier League is the most popular sports league on the planet. The downside to that for fans can be that seeing matches in the flesh is about as easy as scaling Everest or even swimming the English Channel.

Getting a seat on the halfway line at Stamford Bridge or Old Trafford isn’t as simple as rocking up on the day and heading to the ticket office.

It takes weeks, sometimes longer, of planning and a willingness to spend a significant sum of money. Here are a few ways to get those precious tickets…

Not applicable to every fan, of course, but season tickets are the best – perhaps, only – way of guaranteeing a spot in the stadium for your team’s biggest matches.

They don’t come cheap, however. Season tickets at teams like Arsenal and Chelsea can easily go into the four-figure range, and that doesn’t usually include domestic cup and European matches.

If you live a distance from your club, as many fans do, season tickets are likely not your best option.

Having a season ticket is a commitment that runs through from August to May, and if giving up 19 weekend days over a season isn’t your sort of thing, or the cost is too steep, there are, of course, plenty of other ways to get hold of tickets.

Signing up to your club’s membership programme is a means of getting early access to match tickets. There are plenty of other benefits on offer, too.

Chelsea, for instance, have five different tiers of club membership. All enable priority ticket access. Certain events are also put on for club members, along with special discounts and competitions.

Even if you’re a club member, fans still need to move quickly to secure the tickets for matches they want. Unfortunately, a lot of the ‘best’ seats will be taken by season ticket holders, but this is certainly a good option for those who cannot go all-in with a season ticket.

As a member, fans can attend as many matches as they like. Even if it’s only a couple per season, who knows, you might just see one of the biggest wins in Premier League history.

If club membership and season tickets don’t appeal to you, there’s always the option to wait for general sale. While we might not be getting England's highest attendances often in the 21st century this is still a challenging method to pick up tickets.

With a high percentage of tickets going to season ticket holders and club members hoovering up plenty more after that, there will often be very few available by the time it reaches general sale.

The other downside is that because this is at the end of the ticket-selling process, it will sometimes not give you much notice to plan your trip.

Such is the demand for football tickets, there’s a whole sector of businesses who offer package deals. Whether it’s a hospitality experience you’re looking for or hoping to pick up a pre-arranged hotel/ticket bundle, there are options aplenty.

For fans looking to travel abroad, there are even pre-planned trips and football tours available.

Spent years checking the football odds to back Borussia Dortmund, and always wanted to visit the Yellow Wall? It’s not as challenging as it might seem to get to a match if you’re flexible with the dates of travel.

Signal Iduna Park is one of the most popular football venues for tourists and will form part of many European football tours.

Despite initiatives such as ‘Twenty’s Plenty’, Premier League ticket prices are still a hot topic of discussion. If you look at a site like Ticket Compare, tickets available for under £50 are still very much the exception rather than the rule.

Premier League ticket prices, as shown in this article by Goal, were very varied during the 2018/19 campaign.

Arsenal – renowned for their costly matchday experience – once again had the most expensive seat at £97. No ticket was cheaper than £27 for a Premier League match at the Emirates Stadium.

Manchester United’s prices are comparatively low for a big six club, but it is only possible to purchase tickets if you have paid a £20 annual fee.

Although they are now in the Championship, it’s worth acknowledging Huddersfield Town’s policy of charging £30 for any ticket regardless of their opponent. Burnley and Wolves are the closest to The Terriers when it comes to ticket prices.

Football
Football Tickets
About the Author
By
Sam Cox