Four of our favourite Premier League tips this weekend 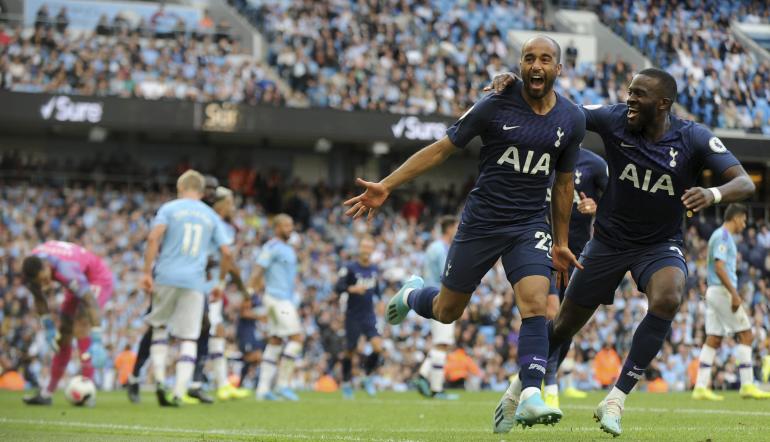 We’re just two weeks into the 2019/20 Premier League season but the top flight table has already started to take shape. With five of the ‘Big 6’ occupying the European places, the fight for supremacy is well and truly on.

Our blogger looks at four of this weekend’s biggest Premier League matches – with an early season clash between Liverpool and Arsenal taking centre stage on Saturday night. Without further ado, here are his thoughts on this weekend’s action…

The Villa Park faithful will be pumped for Friday night under the floodlights. After losing to Bournemouth in their opening home fixture, Aston Villa will be determined to put on a much-improved display when they take on Everton this weekend.

Everton have picked up four points from their opening two league games and the Toffees will be quietly confident of a positive result here. The Merseyside club have won four of the last five meetings and 6/5 is a reasonable price given their dominance in this fixture.

Both teams to score looks like the way to go in most of Aston Villa’s matches this season. At 16/25, the selection is well priced and we could see plenty of goals at Villa Park on Friday night. This has all the makings of an exciting and entertaining affair…

Teemu Pukki was at his brilliant best for Norwich last weekend as they ran out 3-1 winners at home to Newcastle. The Finland striker finished as the Championship’s top goal scorer last season and already has four goals in two Premier League appearances this term.

Meanwhile, Chelsea’s slow start to 2019/20 continued as the Blues were held to a 1-1 draw against Leicester City. The Stamford Bridge faithful were disappointed with the performance and Leicester could quite easily have claimed three points with a bit more luck.

The 21/20 available for Norwich to win or draw is tempting here. The Canaries will need to make the most of their home games to stand any chance of survival and Daniel Farke’s men can exploit Chelsea’s weaknesses at Carrow Road.

Liverpool were not at their best against Southampton last Saturday but the Reds got the job done – much to the delight of Jurgen Klopp. Adrian’s error gave Saints hope but Liverpool defended resolutely in the closing stages to see the game out.

Arsenal also showed plenty of determination to get past a spirited Burnley at the Emirates Stadium. The Gunners went into the break level but Pierre-Emerick Aubameyang’s goal in the second half was enough to move Arsenal to joint-top of the Premier League table.

The visitors have struggled in this fixture in recent years and they may find themselves up against it once again. Liverpool are primed to challenge Manchester City for the Premier League title again this campaign and 22/25 for the Reds to lead at half-time is a solid bet.

Not for the first time, Tottenham were saved by VAR against Manchester City last weekend. On the balance of play, Spurs were fortunate to take a point from that fixture but the north London weren’t complaining – that draw should give Tottenham confidence.

At the other end of the spectrum, Newcastle are struggling. After losing to Arsenal on the opening weekend, the Magpies were second best in all departments against Norwich. Steve Bruce is already under pressure and fans could turn with another heavy defeat here.

Tottenham are a different beast on home soil and they could run riot on Sunday afternoon. Newcastle will be wary of a good hiding and an early goal could see the floodgates open – winning to nil may be the priority though and 22/25 is worth sticking in an accumulator.