Who is the greatest midfielder in Premier League history? 888sport look at five of the best... 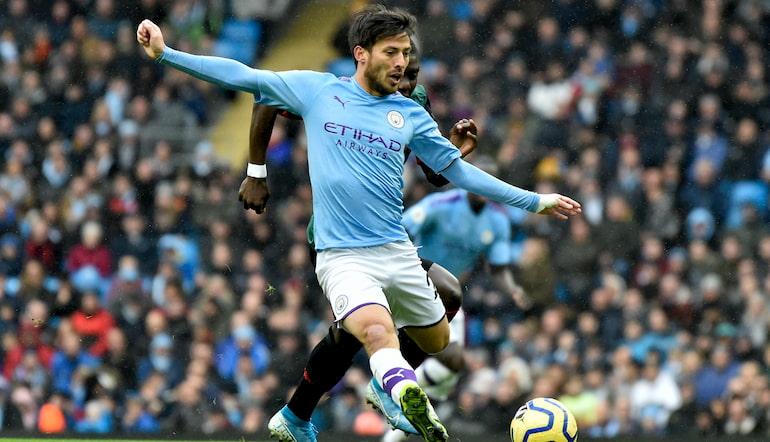 Now it’s the turn of the midfielders, the players who keep a team ticking over, contribute all over the pitch and are perhaps more divisive than any others in Premier League history.

The midfielder discourse often resorts to the timeless Paul Scholes versus Steven Gerrard versus Frank Lampard argument. Other players have more than a shout, however, and we’ll look to go beyond the traditionally big three in this piece.

Before we dive straight into it, though, it’s worth acknowledging what a range ‘midfielder’ includes.

There are different types of central defender, and strikers play in different roles, but the contrast between two centre-backs or a pair of forwards isn’t as stark as trying to compare Claude Makelele with David Silva.

For that reason, and to make this just a bit easier, this article isn’t going to include wide players like Ryan Giggs, Cristiano Ronaldo and Robert Pires.

The Scholes, Lampard, Gerrard conversation is a complex one. Ultimately, they were different players and that adds nuance to it that doesn’t lend itself to a straight shootout.

Their careers were different despite all spending the majority of their time as box-to-box, do it all number eights. Playing in very different squads, under pretty contrasting managers, meant different things were asked of them.

After a difficult start at Chelsea, for instance, Jose Mourinho set his team up to bring the best out of Lampard. He had the best cover possible in Makelele and the ideal partner in crime in Didier Drogba.

Gerrard thrived when playing with Fernando Torres, but again it was slightly different – starting in a number 10 position with Xabi Alonso and Javier Mascherano sitting deep.

For much of his career, Gerrard had to carry the team in a way that Lampard and Scholes never did.

Scholes was that third man runner in his early years – he scored 20 Premier League goals in 2002/03. Never as prolific as Lampard, however, the quantity of goals is an easy argument for the pro-Lampard army.

Scholes played in 19 Premier League seasons. Gerrard played in 17. Lampard played in 19. All three saw their roles alter. Scholes dropped deep earlier in his career than the other two, and enjoyed greater success as a deep-lying playmaker.

The importance of Scholes to Manchester United’s title-winning teams in the late 2000s and early 2010s is a crucial part of his legacy.

Reputation wise, Scholes survived the transition into a deeper player better than Gerrard and Lampard.

Lampard’s game wasn’t anywhere near as well suited and, despite Chelsea winning the 2012 Champions League, it coincided with the Blues becoming less competitive.

Gerrard was the distributor as Brendan Rodgers’ Liverpool came so close to the title in 2013/14. While his passing was still effective, Gerrard’s role in front of the defence contributed to Liverpool’s fragility at the back.

Perhaps if Liverpool win that title – and Gerrard doesn’t slip at Anfield – his transition to the base of the midfield would be seen like Scholes’.

As with all of these things, it’s going to be subjective. Splitting three of the all-time greats isn’t easy. However, most would agree that Gerrard was the superman of the three.

Scholes’ adaptation attracted praise above and beyond Lampard and Gerrard – though the latter two had to play under numerous different managers which obviously presented its own challenges.

Lampard’s goal numbers are remarkable. His productivity from what was a central midfield position (not a number 10), is pretty much unprecedented.

Then there’s the team success element. Does it matter that Gerrard never won the Premier League? Are Scholes’ 11 Premier League titles an unchallengeable tie-breaker to Lampard’s three?

While all well-rounded midfielders at their respective peaks, it’s the differences that stand out. They excelled in different areas of the game.

If you’re looking for goals from midfield, it’s Lampard and it isn’t close. If, like Liverpool did for many seasons, you need a player who will try (and often succeed) to do it all, Gerrard is the answer.

Scholes might have aged more gracefully – and was the best passer of the three in the final years of his career.

While many will see that triumvirate as the top three in Premier League history, there are a few who might stake a claim. Patrick Vieira was named in our Premier League best XI as the leader and dominating midfield force of the only Invincible team.

Vieira is a tricky one. He didn’t have the challenge of ageing in the Premier League like Scholes, Lampard and Gerrard, and his legacy benefits from playing just nine seasons with Arsenal (the two seasons with Manchester City have been erased from memory).

Nine seasons is long enough to be in the conversation, however. A different player from the others, the Frenchman was never a goal threat in the same way.

His ability to carry the ball was far superior, though, and he was miles ahead of the others as a tackler and defender. Few players in the Premier League’s history have been as unstoppable carrying the ball in transition as Vieira.

Arsenal could do with a modern day Vieira – find out how we think they’ll start the season in our Gameweek One betting tips.

Two other France internationals, Makelele and N’Golo Kante, were as influential in short spells as anyone has been. Makelele played just five seasons with Chelsea, winning back-to-back titles.

Kante was integral as Leicester won the title and made went back-to-back himself, earning PFA Player of the Year honours as Chelsea lifted the 2016/17 crown.

Longevity alone probably rules Makelele and Kante out of ‘greatest ever’ consideration.

Like Kante, there are a few of the Premier League’s new arrivals – compared to the aforementioned quartet at least – that are either already part of the debate or could be getting there.

David Silva, while not as influential all over the field as Scholes, Vieira, Lampard or Gerrard, is the best creator we’ve seen.

Kevin De Bruyne’s 2017/18 campaign was spectacular, a couple more like that and he’s right there. Paul Pogba, if he remains in the Premier League and Manchester United’s dysfunction wanes, has everything to be in that little group.

Keep an eye out for Pogba’s United in this season’s Premier League Odds as Ole Gunnar Solskjaer looks to guide them back to the top four.

Looking further back, Vieira’s nemesis Roy Keane has the medals to support a strong case to, at the very least, make the ‘greatest Premier League midfielder’ podium. Putting Keane in the top five is probably a better discussion.

When it comes to all-action midfielders, the argument-provoking English trio plus Vieira is where we’re at. Silva’s game is different; the comparison isn’t easy. Kante has a way to go before he’s in that group.

Vieira’s candidacy depends on the value placed on the extra near-decade the other three played. His peak, though, might have been the most dominant of all.

Premier League
Football
About the Author
By
Sam Cox