Our football expert previews this weekend’s huge clash at Old Trafford – will Manchester be red or blue come Sunday night? 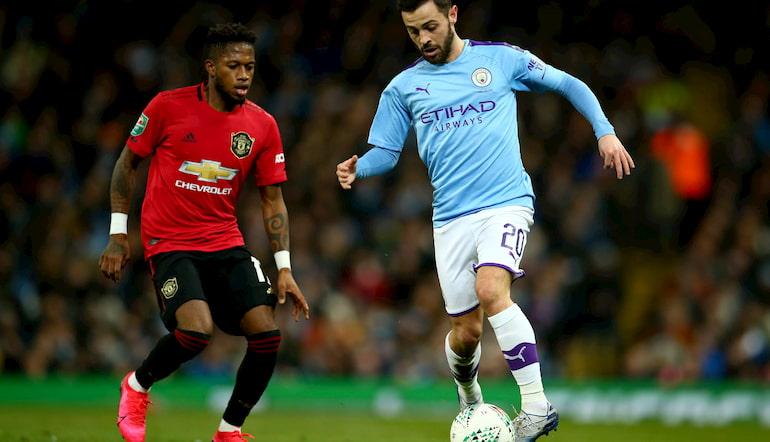 The Manchester derby is one of British football’s biggest rivalries.

City had to sit back and watch United dominate the Premier League for the best part of 20 years before the ‘noisy neighbours’ clinched a top flight title of their own. Now, there is little doubt that City are the stronger of the two sides.

Despite City’s success over the last 10 years, United are still a much bigger club. Yes, the Red Devils are in a position where they are no longer able to mock City for their struggles but the history books do not lie.

Having said that, history will stand for very little come 4:30pm on Sunday afternoon.

Punters looking at football betting online can get 17/4 for United to claim three points this weekend – a win will help keep the Red Devils in the top four race.

Defeat for Ole Gunnar Solskjaer’s side could see United slip down to eighth in the Premier League table if results go against them.

United are unbeaten in their last four league games, with Solskjaer’s men keeping a clean sheet in three of those matches.

Stopping City from scoring is a near impossible task but the 27/20 available for under 1.5 away goals is worth considering if you fancy the Red Devils to keep things tight at the back.

The 13-time Premier League champions need to win eight of their final 10 matches to avoid recording their lowest ever points tally in the modern top flight.

United will be fired up for Sunday’s clash but that hasn’t always worked in their favour and going too hung-ho could leave the door open for City.

Nemanja Matic was sent off in United’s 1-0 Carabao Cup victory at the Etihad in January and the Serbia midfielder is a prime candidate to be carded.

The United star is 5/2 to receive a card and he is prone to picking up the odd booking in big games – he was shown a yellow card against Liverpool earlier this year.

This will be the fourth time the two Manchester clubs have faced each other this season, with United winning two of the previous three meetings – both victories coming at the Etihad Stadium.

As of March 5th, Premier League betting odds show City at 3/5 to settle the score this weekend.

Pep Guardiola’s side won their third successive Carabao Cup last weekend and City will be on a high after that result.

The writing could be on the wall for United if Pep’s men go for the jugular – City will want to avenge the two derby defeats on home soil from earlier in the campaign.

Will it be Sergio Aguero or Gabriel Jesus leading the line? Only time will tell. Guardiola has chopped and changed between the two but Aguero’s goal-scoring record against United may swing it in his favour.

888sport are going 7/5 for Aguero to score in a Manchester City victory on Sunday afternoon.

City’s defensive woes have been well-documented in recent months and Aymeric Laporte’s latest setback could cost them in their hunt for FA Cup and Champions League glory.

With a makeshift back four at the Theatre of Dreams, United will fancy their chances and 4/6 for both teams to score is a cracking bet.

Both clubs have a realistic chance of success in Europe this season; United are favourites to win the Europa League while City are up there in the Champions League betting.

With huge European contests fast approaching, momentum is key and both teams will be going hell for leather to secure bragging rights in Manchester.

Three points for City will see the Blues move 18 points clear of their bitter rivals – and Pep’s men still have a game in hand.

The gulf in class has never been wider and Manchester City fans will be relishing another chance to win at Old Trafford. United won’t roll over but the Red Devils may be powerless if City hit top gear.

With that in mind, the 21/10 for the visitors to win with both teams scoring is my best bet ahead of the Manchester derby.

Competition in the Premier League has been criticised in recent times but a proper spectacle may help to silence some of the doubters. Watch this space, we could be set for fireworks at Old Trafford.