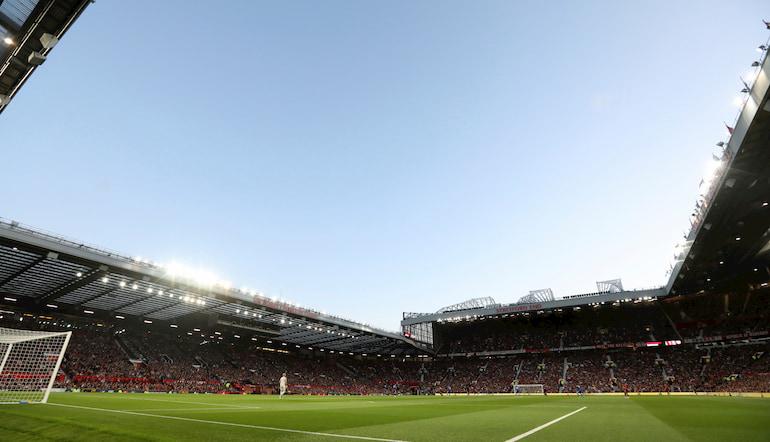 Premier League stadia come in all shapes and sizes. Some are laced with history, with decades of prestige. Others are modern efforts to enhance fan comfort, prioritising increased matchday revenue.

Each have their pros and cons, of course. The biggest Premier League stadiums are among the largest stadiums in the world, venues that double as concert arenas and are used for all manners of events.

As teams travel from stadium to stadium throughout the season, sports fans become increasingly aware of track records, of home advantage. That becomes a pivotal factor in Premier League betting.

We are taking a look at Premier League stadiums, their capacity, the oldest, the newest and which are considered the best venues for hosting top flight football.

*These figures are accurate for the 2020/21 Premier League season with the exception of Fulham. The Cottagers will play with a reduced capacity of 19,000 fans at matches while undergoing expansion of the Riverside Stand.

Manchester United’s Old Trafford is the largest Premier League stadium with a capacity just short of 76,000. It’s far clear of its nearest rivals, Tottenham’s swanky new home, which comes in at a little over 62,000.

Old Trafford has held this title for the majority of Premier League history, but it was briefly knocked off of top spot by Wembley.

Of course, no club actually claimed Wembley as their long-term home. Spurs used the national stadium for a short period while White Hart Lane was demolished and their new stadium was getting built.

Built in 1910, Old Trafford has changed drastically over the last few years, including several major expansions in the Premier League era.

The North, West and East Stands have had tiers added, taking the stadium close to the 80,000-capacity mark. The South Stand is next in line for a boost, which could take the stadium up near to Wembley’s 90,000.

Used for a Champions League Final, FA Cup semi-finals and matches at the 2012 Olympics, Old Trafford is arguably the most iconic club stadium in the country, and it’s the 11th-largest in Europe.

The Cherries’ Dean Court is the smallest stadium in Premier League history at just 11,364, making it just over half the size of Burnley’s long-time home ground.

It’s the second-longest continuously used home stadium in English football, having been host to Burnley since 1883. In fact, the area the stadium is on was first used half a century earlier when Burnley Cricket Club was set up.

45 years later, Burnley Rovers faced Bacup on the same field under rugby rules – it was the first match played under artificial light at Turf Moor.

Turf Moor can be an intimidating away day for Premier League players when packed with fans. The ground might be small, but it’s cosy with the touchline only a few feet from the front row.

The James Hargreaves Stand and Jimmy McIlroy Stand are both two-tiered, while the Bob Lord and Cricket Field stands are old-school single tiers.

Bramall Lane gets the honour of oldest Premier League stadium. Sheffield United’s home was opened in 1855, making it 22 years younger than the second in this category: Stamford Bridge.

The four oldest stadiums in the history of the league are all currently being used by Premier League teams.

Ipswich’s Portman Road is fifth on the list, having opened in the same year as Anfield.

Bramall Lane might have been first used in the 1850s, but it wasn’t home to Sheffield United until much later that century. The club was only founded in 1889.

It feels different to so many Premier League grounds, nestled in Sheffield, a concrete structure that has been renovated over the decades.

A stadium from the era of mobile bets, Tottenham Hotspur Stadium is a cutting edge sporting venue. It was opened in 2019, ending Tottenham’s brief, but peculiar, spell at Wembley.

Only Old Trafford and Wembley are bigger than Tottenham Hotspur Stadium – it, at least for now, has the proud title of biggest stadium in London, pipping West Ham’s London Stadium and Arsenal’s Emirates Stadium.

Spurs’ home has been designed with the NFL in mind. It’s the first stadium on the planet to have a dividing, retractable football pitch, which disappears to produce a synthetic surface for NFL London games and other events.

The not-so-catchy name is only a placeholder as Spurs prepare to sell the naming rights.

Tottenham fans and corners of sports media will refer to it as New White Hart Lane on occasion, but at the time of writing, its official name is Tottenham Hotspur Stadium.

Our list of football stadiums ranked gave an indication of the best Premier League stadiums. Choosing between one stadium or another is largely subjective, it’s a question of what you value as a fan, what makes a stadium great.

The history of Bramall Lane is a lure for many. The welcoming atmosphere of Craven Cottage will appeal to some. The prestige of Anfield or Old Trafford guarantees the two will rank highly for most supporters.

St James’ Park is a popular place, even if the long-running frustration from the fans has changed its perception. The hostility is not what it was, and other grounds like a sell-out crowd at Turf Moor or Selhurst Park can be just as intimidating.

Picking the best Premier League stadium is a matter of opinion. There are some great stadia to choose from – what’s your favourite?