Should The Premier League Introduce A Playoff System?

The Premier League, as we know it, could be set for a major change at some point in the future... 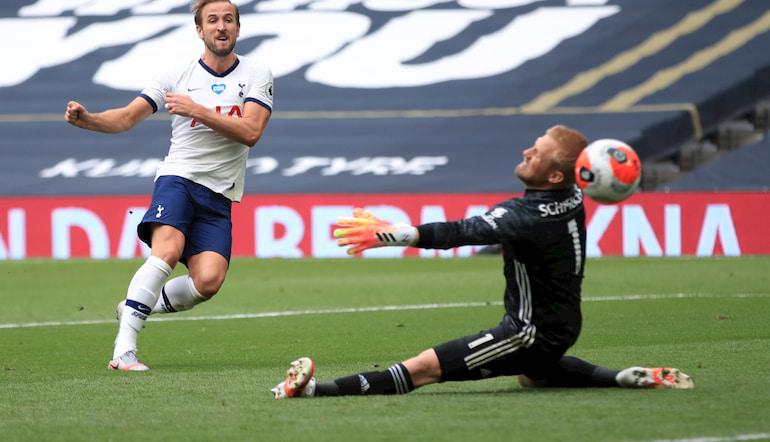 Premier League betting is often predictable. Two teams, maybe three, have a realistic shot at the title each season. The European places tend to fall to the ‘big six’, with exceptions to these appearing infrequently.

The 2019/20 season looked like a real shake up, but Wolves and Sheffield United ultimately missed out, making Leicester the only surprise name.

Could The Premier League Add Playoffs?

There are underlying, deep-rooted causes for this. It’s impossible to talk about the Premier League, ponder any change, without mentioning the financial disparity between the top six and the rest. They are so much wealthier.

So, one could argue any other change would be peripheral while that inequality remains. While the financial status quo doesn’t look like changing any time soon, the Premier League should consider other changes.

One means to spice the league up is to add playoffs. They are the bedrock of American sports, they are the showpiece of the Championship season. Other sports and leagues incorporate them in a variety of ways.

The Bundesliga is the smoothest comparison to the Premier League for this purpose.

This wouldn’t address the top six issues, but the German top flight uses a playoff for its final relegation spot. In the Premier League, this would mean the 18th-placed side facing a potential promoted team.

The Championship’s profile, and the playoff structure in place, makes this messier in England than it is in Germany. An alternative could be to throw the 18th-placed Premier League team into the playoffs.

The same rules would apply to them as everyone else: Win the playoffs to play in the Premier League the following season.

Of course, this has knock-on implications for the Championship. Does this mean only three playoff spots in the Championship? Could the playoffs be extended further, giving byes to third and fourth-placed teams?

The relegation playoff is an interesting idea, but it’s not really an area of concern for the Premier League. Relegation battles are often close. Outright winner odds are a greater issue.

It’s the other end of the table where the Premier League can be bland. Obviously, the most extreme way to address this is to scrap the league winner altogether and go straight into a playoff format, like the NFL, MLB and NBA do.

Or, perhaps, a trophy is handed out for the best regular season record (as is done in MLS) before a postseason to crown a champion.

Neither of these are in-keeping with how European football works, nor would they be popular. Top four betting could be a better place to focus on.

There tends to be a degree of competitiveness around Champions League qualification. It went down to the final day in 2019/20, with Leicester blowing an opportunity to return to Europe’s biggest competition.

Perhaps a playoff scenario would be solving a problem that doesn’t really exist.

For the circumstances when a team runs away with the title, or it has firmly become a two-horse race, however, having a playoff for the remaining Champions League places would liven up the end of the season.

Could a four-team round-robin decide the European places? Maybe the teams who finished third and fourth get home advantage.

There are lots of different options when it comes to using a playoff in the Premier League. A few have been touched on here, but there are hundreds of variations that could be discussed.

The application is complex. The theory for introducing playoffs is less so. It simply introduces randomness, opening up opportunities to teams that would otherwise be out of such contention.

It isn’t the fairest way to decide a competition. If we were only in the pursuit of sporting fairness, cup competitions would be near-irrelevant. The large sample size of league football would be all that matters.

The drama of one or two-match knockouts is an added bonus of playoff football. The primary benefit must be the creation of competitiveness, expanding the playing field in a way that the Premier League has failed to do.

Less wealthy teams are at a brutal disadvantage to overcome the top six through 38 matches. They can, as last season showed, remain close to them. Close enough to be in a potential playoff for a European spot, for instance.

It might be alien to English football betting, and an unusual thing to see in European soccer at all, but playoffs are an, albeit artificial, means of counteracting the factors that make the same teams succeed.

Perhaps Wolves and Sheffield United would have still fallen in the playoffs for a Europa or Champions League spot last season, but wouldn’t it have been fun to see them given the chance?

Sure, finishing third or fourth and not qualifying for the Champions League may seem unjust.

It could be argued, though, that getting results in the 38-game season is only part of the job, and navigating a playoff match or two against supposedly inferior teams is just another challenge.

Such is the balance of power in English football, a move like this is never going to happen.

It makes life harder for the big teams, and that’s not something the Premier League or FA will propose when the notion of a European Super League lingers, an unnerving threat to the very essence of European football.

Football betting is not getting an overhaul any time soon. The Premier League has no reason to change as long as the millions keep rolling in, and maintaining the happiness of the richest clubs, those supported all over the world, is integral to that.

Playoffs at either end of the table would be labelled revolutionary. It’s the sort of look-at-us change that leagues make when they are searching for an audience, not when they are the most-watched and richest in their field.

The Premier League has no motivation for change. Playoffs might make the on-field product more interesting, and provide some drama, but for now, it’s no more than a debating point.