United Could Go a Long Way Under Rangnick

Former Manchester United defender Mikael Silvestre believes new interim boss Ralf Rangnick will be a big success at Old Trafford, and even end all speculation as to who might ultimately take on the job permanently. 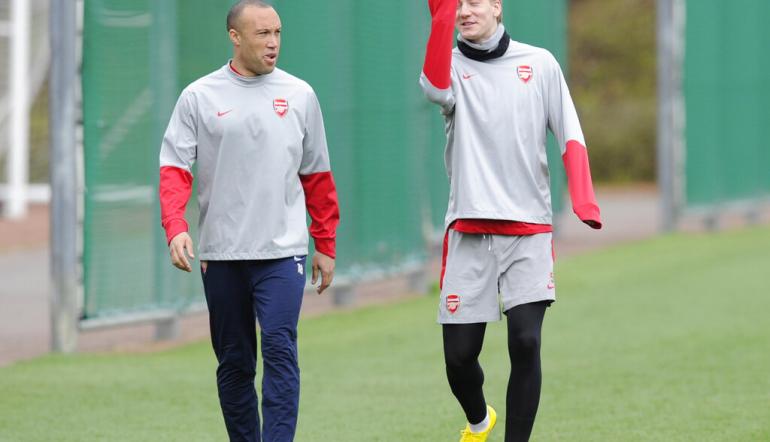 Former Manchester United defender Mikael Silvestre believes new interim boss Ralf Rangnick will be a big success at Old Trafford, and even end all speculation as to who might ultimately take on the job permanently.

“If I had to bet, I’d say the next permanent manager will be Ralf Rangnick because if it works out well why would the club look elsewhere? He’s not young but he has the strength and energy to carry on beyond the next few months. He’s in the best position to take on the job as Manchester United manager.

He has proven in the past in Germany that his method works and everywhere he’s been his teams have improved. His style of football is now the style favoured by teams who do well in the Champions League. If it matches up with the current players at United then they could go a long way.”

Presently, the agreement in place is that the 63-year-old takes the reins until next summer before taking on a consultancy role at the club but watch this space.

As for the here and now, Rangnick’s remit to turn around United’s flagging fortunes begins this Thursday, as the Reds take on another of Silvestre’s former employers, Arsenal. All the talk ahead of the game has focused on the manager’s insistence for high-intensity pressing from his teams and how Cristiano Ronaldo – for all his brilliance – is not exactly known for that. Might a problem lie in wait? The ex-defender who won five Premier League titles under Sir Alex Feguson – one of them alongside CR7 – is not having any of it. 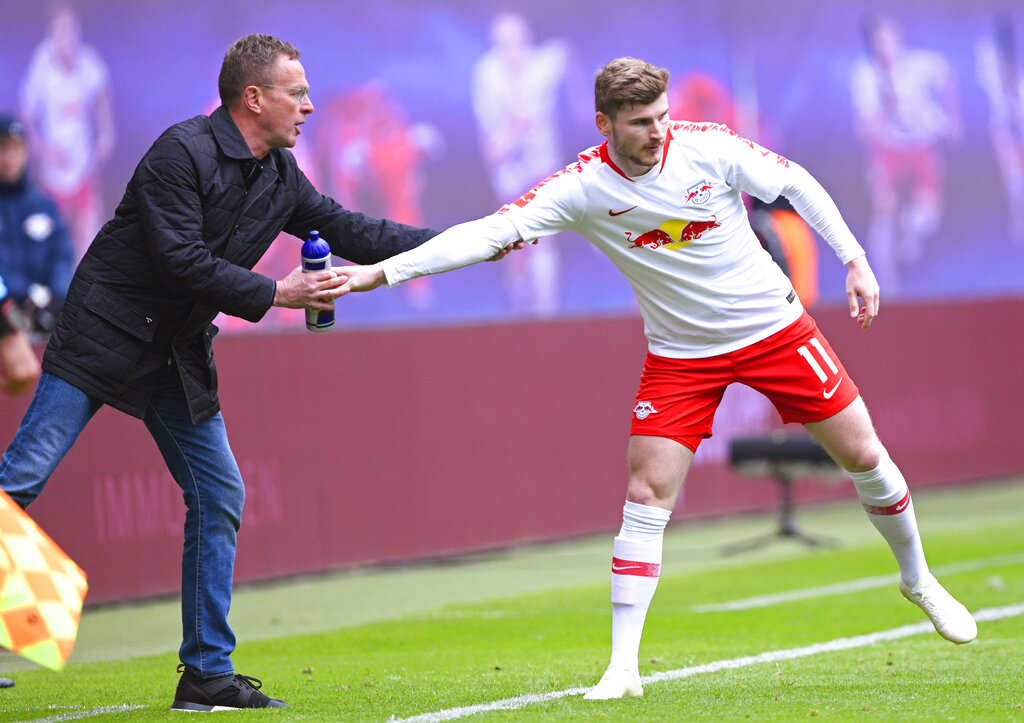 “Cristiano has delivered in almost every single game for United. His goal-ratio compared to the chances is high and they’ve been important goals, turning games around. He is the one who has stood up.”

If Ronaldo has stood up, it’s fair to suggest others have not because otherwise United would not have suffered such an alarming slump in results and performances across 2021/22, a slump that eventually cost Ole Gunnar Solskjaer his position. How does Silvestre explain their decline?

“The reasons for United being in this situation are difficult to point out because we’re not in the dressing room and you can’t point at one specific thing that went wrong. It’s a mix of things and they aren’t major but minor. But lots of little dysfunctions can cause a club to lose their way. That’s what happened unfortunately.”

Injuries too have played a part, most notably being deprived of their summer signing Raphael Varane for chunks of the campaign. From one French centre-back to another, Silvestre is clearly a fan.

“Varane is up there with Van Dijk and Ramos. He’s bringing a lot of confidence and reads the situations well, winning most of his challenges. You can also build from the back with him. So, his introduction to the English game has been pretty good and the only sad thing has been his two muscle strains. This has stopped him from growing and leading the team.” 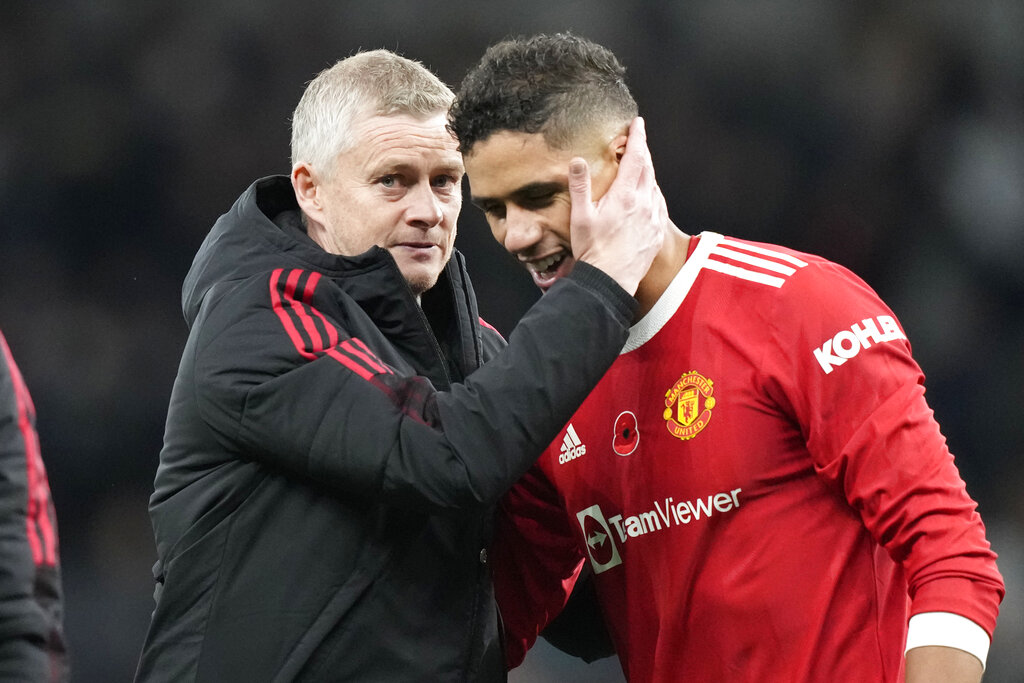 On the subject of defenders, United’s opponents this week have long struggled at the back, lacking a consistent line-up, with players prone to mishap. That seems to have changed of late, with a quintet of Ramsdale, Tomiyasu, Tierney, Gabriel and White who have generally impressed. Has Mikel Arteta managed to assemble a rearguard that can help take the Gunners to the next level?

“Arsenal’s defence works as a unit and also individually they have taken notice of the task because this team – with the exception of Aubameyang and Lacazette – is almost brand-new. So you need a big strong foundation to get results and it was really important for them to sort out the defence. I think they’ve done enough and have enough now to challenge for the top four.”

Elsewhere, the emergence of Emile Smith Rowe and Bukayo Saka promises much, and carries on a legacy laid down by Arsene Wenger to blood and trust the club’s most talented homegrown talent. This was an approach witnessed first-hand by Silvestre during his two seasons at the Emirates and evidently, he approves of it being continued by Arteta today.
“Bringing through youngsters is something Arsenal is known for and that’s been the way for some time. Their academy is successful, and it makes sense to give the best players a chance, to help get the club through a difficult period. It’s also good for the identity of the club and for the fans. When they play for England it’s even better.” 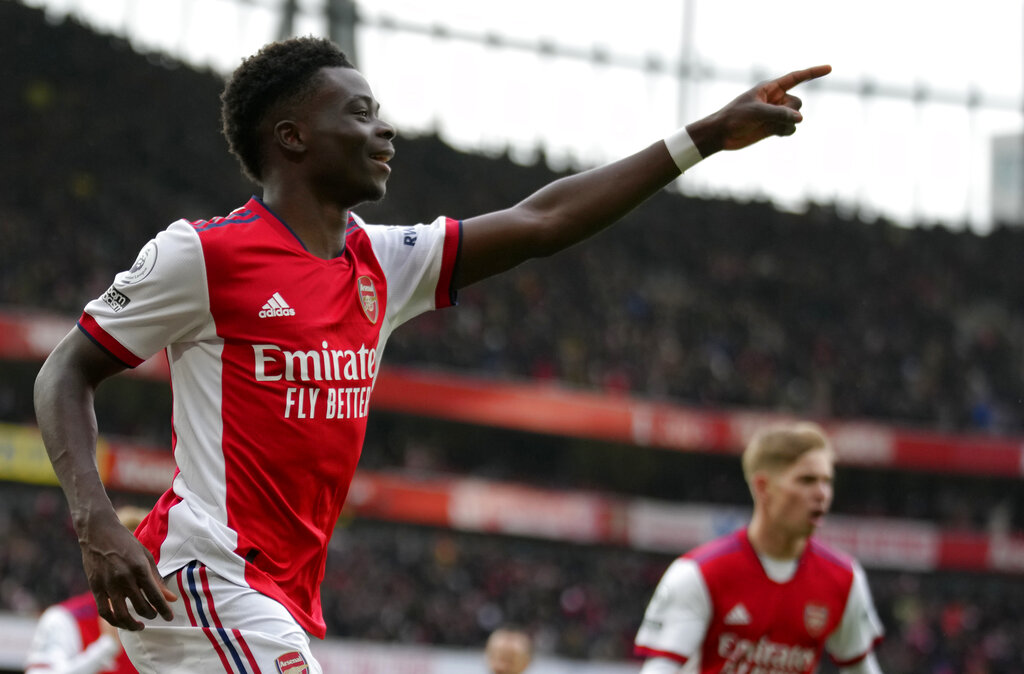 The exciting displays of Smith Rowe and Saka have been instrumental in Arsenal sharply climbing the league table since August but still, the feeling is that a team that once competed at the very top remains a whole plateau behind Manchester City, Liverpool and Chelsea. With the same arguably being true of United, which of Silvestre’s former sides does he believe will challenge again for a title the soonest?

“Maybe I would give a slight advantage to United just by looking at the finances and what they can spend in the transfer market. So, for that reason I would give United the nudge over Arsenal.”

As for this week’s clash, where once it was a must-see event, a rivalry that gripped the nation, now it’s a curio only for neutrals. Does this frustrate the likeable 44-year-old?

“It’s life. It goes in circles. You cannot stay at the top for decades. Look at Italy, when sometimes it is AC v Juventus and other times it’s other teams who are the hottest ticket. Perhaps the only country where it stays the same is in Scotland. In England it is quite common when you have big teams with big budgets and the situation changes. You have to accept that.”

Who will win the Premier League? Man City 31/50
*Odds accurate at time of publishing
Click here for the latest Premier league Outright Odds at 888sport