Who Are The Youngest Goal Scorers In Premier League History? 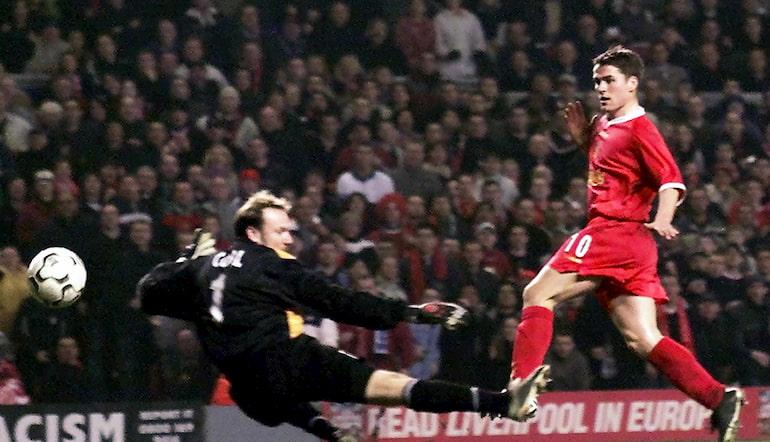 The Premier League is widely regarded as the greatest division in club football. Playing at the highest level of English football is considered an honour.

Scoring a Premier League goal is even better – particularly if you are a young player trying to break through on the big stage.

Football betting odds were against these youngsters scoring on the big stage. While some failed to live up to the hype, others went on to enjoy successful Premier League careers.

Without further ado, it is time to look at the youngest goal scorers in Premier League history. Could we see one of the stars of 2020/21 break into this list?

Making only his third Premier League appearance, Cadamarteri scored for Everton in the 4-2 victory over Barnsley at the start of the 1997/98 campaign.

He is considered something of a football journeyman, having played for a number of clubs across the top four flights of English football.

Forssell scored the opening goal for Chelsea in a 3-1 victory over Nottingham Forest having moved to Stamford Bridge ahead of the 1998/99 season.

Unfortunately, he failed to hold down a regular spot in the Blues squad, leaving on various loan spells. 20 years later, he still sneaks into the youngest goal scorers list.

A world class prospect, Sterling developed a reputation at Queens Park Rangers before he was snapped up by Liverpool in February 2010.

Two and a half years later, he scored his first Premier League goal at just 17 years old. He is now a key figure for Manchester City and is one of the first names on the teamsheet.

Macheda’s story is the stuff of legend. Trailing at home to Aston Villa with an hour gone, Sir Alex Ferguson chucked the 17-year-old on and hoped for a moment of magic.

The Italian produced a sensational finish in injury time to secure a vital three points that would help Manchester United secure the Premier League title.

Turner set a new Premier League youngest goal scorer record when he got his name on the scoresheet for Tottenham Hotspur against Everton back in September 1992.

Unfortunately, Turner made just 20 appearances over a four-year period at White Hart Lane before yo-yoing around the echelons of English football.

Owen had a lofty reputation as a youngster and he lived up to his early promise, notching a spot on the Ballon d’Or winners list in 2001.

The Liverpool starlet scored on his Premier League debut at just 17 years old – Owen would go on to become one of the most prolific forwards in world football throughout his career.

Another player who has thrived at the highest level of the sport, Fabregas was just a young boy when he made his Premier League debut for Arsenal in September 2003.

He scored for the Gunners when he was just 17 years old and he would enjoy success at some of Europe’s top clubs, including but not limited to Chelsea and Barcelona.

Rooney sent shockwaves across the football world when he scored that goal in Everton’s 2-1 victory over Arsenal in October 2002. It would be the sign of things to come…

That strike came the day before his 17th birthday, making Rooney the first player in Premier League history to score as a 16-year-old.

Milner is a Premier League legend, having racked up 540 Premier League appearances. Now with Liverpool, he is a three-time title winner and deserves the utmost respect.

15 years on and Vaughan’s record as the youngest Premier League goal scorer still stands. He was just 16 years old when he scored against Crystal Palace on his Everton debut in April 2005.

He never really cut it at Premier League level though and found himself moving around the different tiers of English football.